Evergrande bondholders threaten to sue after being blindsided by $2bn claim

A group of bondholders is moving closer to formal legal action against Evergrande after the world’s most indebted property developer made a surprise disclosure that mystery lenders to one of its subsidiaries claimed more than $2bn in cash.

A group of distressed debt investors in the US and UK including Saba Capital, Redwood Capital Management and Ashmore met on Tuesday and directed lawyers to begin work on the legal analysis needed to decide whether to take action against Evergrande, according to people familiar with the talks.

One person directly involved in the situation said investors feel they have “no choice” but to commence legal action and that plans were already prepared. “I think it has massively changed the game,” the person said about the $2bn claim. “The atmosphere in the room is one of boiling blood.”

Saba Capital, Redwood and Ashmore all declined to comment.

The developments come directly after Evergrande said on Tuesday that undisclosed lenders had taken over Rmb13.4bn ($2.1bn) of deposits at Evergrande Property Services Group, its property services subsidiary, that were pledged as security for “third party guarantees”.

The surprise revelation is set to ignite a legal battle between major international investors and the Chinese developer, which has more than $300bn in liabilities. Evergrande’s collapse, which represents the biggest debt restructuring in China’s history, comes as a slowdown in the real estate sector poses increasing financial and political risks to President Xi Jinping’s government.

Bondholders, who have held out hope of recovery on their losses through recourse to Evergrande’s Hong Kong-listed subsidiaries, say the move unfairly removes cash that could have been used to repay the company’s bonds.

They are demanding to know what the company is doing to recover the money and whether the board of the property services subsidiary approved its use as a pledge.

Evergrande, which owns more than half of the subsidiary, has not disclosed the identity of who claimed the cash but said yesterday it had set up an independent committee to investigate.

Evergrande’s international bondholders, many of whom are part of a group advised by law firm Kirkland & Ellis and investment bank Moelis & Company, are becoming increasingly aggressive. In January, the group hired law firm Harneys and said that it had “been left with no option but to seriously consider enforcement actions” on Evergrande for failing to engage with them. 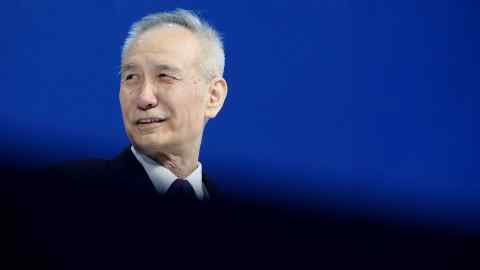 Evergrande’s default, which began with missed payments in September but was not officially confirmed by a rating agency until December, has been characterised by a lack of disclosure and international investors have often been left in the dark.

Chinese authorities and the company have prioritised the completion of Evergrande’s hundreds of projects, yet the highly indebted property sector remains in turmoil despite Beijing announcing a series of easing measures to encourage growth.

Evergrande held a call with investors last night but one person said few details were disclosed. “It was as if a politician were addressing 15,000 people,” they said.