There are faint signs of hope but sales are still falling

The past year has been nightmarish for the watch industry, and this trend continued over the summer. Swiss watch export data — a closely watched barometer of trends across the sector — showed a 14.2 per cent fall year-on-year to July, provoked by the combined impact of weak global economic growth, a collapse in Hong Kong, terrorism in Europe and competition from smartwatches.

But some have spotted the early signs of a turnround, in part prompted by Britain’s vote to leave the European Union in June. While Switzerland’s Swatch Group’s operating profits fell 54 per cent to SFr353m ($367m) in the first half of 2016, the sharply weaker pound boosted sales to tourists in the flagship London stores of its luxury brands like Omega and Blancpain. “Brexit has produced fantastic results in the UK,” Nick Hayek, chief executive, told the Financial Times. The pound fell against the euro from 1.31 immediately before Brexit to 1.17 at the end of August.

With sales reviving elsewhere in Europe, and a further boost expected from the Olympic Games in Rio de Janeiro, where Omega was official timekeeper, “overall clearly a stronger second half year will be expected,” the company said.

Others agree that worries about the global outlook might have peaked. “We’re definitely in a bottoming-out process. But it is difficult to call the timing,” said Scilla Huang Sun, a luxury sector specialist at GAM Investment Management in Zurich.

“The ‘new normal’ is not as disastrous as people think because the US [economy] is growing, Europe is weak but it is not negative growth, and concerns about China have abated,” she added.

One reason for confidence is that the main causes of the downturn were clearly identifiable — and show signs of easing. Much of the gloom has surrounded Hong Kong, previously the biggest export market for Swiss watches. Luxury consumer goods sales in Hong Kong have been hit over the past few years by shifts in tourism flows as Chinese customers shopped elsewhere; Swiss watch exports to Hong Kong were down 33 per cent year-on-year to July, causing sales there to fall behind the US.

Excessive stock levels mean improvements will take time to feed through in Hong Kong, despite steps by some companies, such as Richemont, to help reduce inventory in storerooms, including recycling parts from unsold watches.

But luxury goods manufacturers report signs of sales recovering in mainland China. Chinese consumers largely powered the sector’s revival after the global financial crisis of 2008. Spending on luxury watches was subsequently hit by Beijing’s clampdown on corruption, which resulted in less “gifting” of high-quality timepieces. 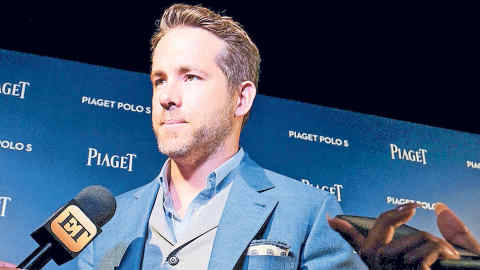 The effect of such factors on Chinese sales has started to fade, says Adrian Hofer, consumer goods industry specialist at Boston Consulting Group in Zurich. “I’m pretty convinced that we’re down at the levels that make growth possible again.”

In Europe, sales have been dampened by the series of terrorist attacks in countries including France and Germany, where results have been weak recently (down 28 per cent and 24 per cent respectively year on year).

On the other hand, a broader structural threat to the industry — the arrival of the American-developed smartwatch — is not having as negative an impact as some feared.

Swiss export data show that sales have been particularly weak for watches costing between SFr200 and SFr500, a price bracket comparable to smartwatches. But the Apple Watch has yet to achieve a dramatic breakthrough into the market, with signs that sales have spluttered this year.

Many in the industry continue to believe smartwatches do not pose the same existential threat to traditional mechanical timepieces as the arrival of Japanese quartz watches in the 1980s. “I don’t think the luxury segment of watches will suffer from smartwatches,” says Mr Hofer.

“[A luxury watch] is a completely different product. It is jewellery, a status symbol, a mechanical product. It is about experience and heritage. That is hard to cannibalise by taking a purely functional approach.”

Instead, weak traditional watch sales in the US, down 15 per cent year on year, could also be explained by the relative strength of the dollar. 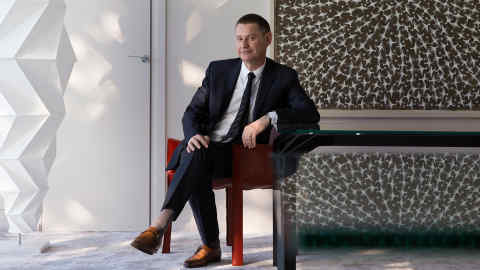 A feature of the past few years is that global sales patterns have become increasingly affected by exchange rate movements. Tourists have become more adept at flocking where their money can buy luxury products at the cheapest prices, as demonstrated in the UK in the months since the Brexit vote.

As a result, while uncertainty about Britain’s future relationship with the EU may undermine long-term economic growth across the continent, there could be benefits in the short term — even if the weaker pound means sales revenues are worth less when converted back into the currencies used in companies’ financial reports. “[Brexit] could help Europe as a region. If tourists are not going to Paris or Switzerland, they are going to London,” said Ms Huang Sun.

“It is not a crisis, it is a slowdown in some areas but not because the brands are unappealing or people don’t want to have watches. It is just that people are travelling differently.”