At first glance, global brands are in robust health, with the top 100 rising in combined value to $4.7tn and US technology companies led by Amazon, Apple and Google spanning the globe. But there has rarely been more to worry those who own and invest in consumer brands.

The most unsettling event this year for branded goods companies and marketers was the $15.4bn impairment of Kraft Heinz assets in February. Reliable US Kraft food and drink brands such as Velveeta and Kool-Aid turned out to have little appeal to those who are not American baby boomers.

This is not to say that US consumer brands are fading; quite the opposite to judge by the 2019 list. Generation Z brands such as Netflix and Instagram, founded in 1997 and 2010 respectively, leapt up the ranking, while Google and Facebook continue to occupy the top 10.

But a large part of the value of a brand is endurance. The value of the name spans generations and can be relied upon to pull consumers. “If you think about it, people do not change their habits that much,” Warren Buffett said earlier this year, and he carefully built Berkshire Hathaway’s investments around long-lasting brands such as Coca-Cola and Geico.

Judged by that measure, old brands are under stress. The best are rising in value but their ranks turn over faster than before, with new entrants in technology and luxury pushing out stalwarts. “A diamond is forever” was the inimitable 1948 De Beers advertising slogan — but a brand is not.

Globalisation is one reason for brand volatility. All except three of the top 20 in the BrandZ ranking are from the US, and the continent’s brand hegemony over Europe is not threatened. But China’s transition into the world’s biggest market for online retailing and service is shaking it.

Alibaba and Tencent are top 10 brands, and others such as Xiaomi and Meituan have entered the top 100. Chinese companies have shown they can create new services, rather than just adapting US innovation, and they are starting to become global brands, with 15 Chinese brands in the top 100.

A second, connected, factor is technology. Rapid innovation in consumer technology and the internet has shaken up the brand rankings over the past two decades and created such powerful entities in Amazon, Apple, Google and Facebook that there are calls for an antitrust response.

But technology does not stand still — fresh developments from artificial intelligence to electric engines are combining with global internet infrastructure to open new possibilities in many fields. Uber is advancing from ride-hailing to working on providing vertical take-off flying taxis in cities.

A third reason is generational change. Both the millennial generation and younger consumers seek different qualities in consumer goods and services than the baby boom generation, leading to rapid brand upheaval in sectors from food and drink to travel and beauty.

That is obvious both from the troubles of Kraft Heinz, in which Berkshire has a stake, and the ascendancy of Gen Z brands such as Instagram. A mobile photo sharing site would not have been possible until recently. Instagram was bought by Facebook for $1bn in 2012, but its brand value alone is now estimated at $28.2bn.

Get alerts on Consumer trends when a new story is published 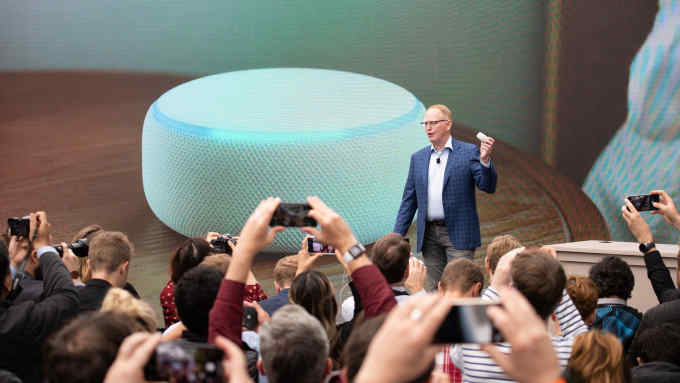