Sign up to myFT Daily Digest to be the first to know about Artificial intelligence news.

The power of artificial intelligence to transform every field it touches is one of the unchallenged truths of our time — but when it comes to healthcare, the technology’s potential is often seen through a western lens.

From hopes of faster drug discovery to systems that will help people manage chronic diseases better, the emphasis is frequently on how it can support, or otherwise make life easier, for those in the developed world.

But attention is increasingly turning to how AI can address the pressing problems of poorer nations as they seek to move towards universal health coverage. In some cases, these are challenges that are distinct to the global south, but in others the problems faced in developing regions are to some extent shared by patients, physicians and payers across the globe.

The Lancet’s collaboration with the Financial Times on a commission on the convergence of digital health, AI and universal health coverage will concentrate on international governance and regulatory regimes.

The Governing Health Futures 2030: Growing up in a Digital World Commission will run until December 2021. It will examine how digital developments can contribute to health and wellbeing across the board but will have a particular focus on children and young people from low and middle-income countries.

Underpinning its deliberations is an awareness that much remains to be done if AI is not to introduce a new form of inequality, in which its potential is fully realised only in richer countries.

The backdrop is unforgiving. Health workers are in short supply everywhere, even in rich nations, as governments and other health providers struggle to keep up with the scale of demand driven by population ageing and technological advances.

But a Global Burden of Disease report, published in The Lancet two years ago, highlighted not only scarce numbers but the unequal distribution of staff, which it suggested could undermine the UN’s Sustainable Development Goals.

It found that only half of all countries had the workers required to deliver good quality healthcare, estimated at 30 physicians, 100 nurses or midwives, and five pharmacists per 10,000 people.

Countries across sub-Saharan Africa, south-east Asia, south Asia, and some in Oceania were estimated to have the greatest shortfalls.

The commission will focus in particular on the toll this asymmetry is taking on the health of younger people. In an article in the BMJ medical journal last year, a number of experts in childhood wellbeing, including Stefan Germann, chief executive of Fondation Botnar — one of the funders of the commission — raised ownership of patient data as a key area that must be tackled “before global health governance and equity can be secured”.

While there were many reasons to be optimistic that AI could prove transformative for healthcare, including in resource-poor settings, “the extent to which everyone will benefit remains to be seen”, Mr Germann wrote, alongside Fondation board member Flavia Bustreo and Siddhartha Jha, its AI programme manager.

The potential is enormous — and unprecedented. Through the ubiquity of mobile phones in the developing world, an opportunity exists for the first time to collect patient data at scale in regions where there was previously limited understanding of different patterns of need and demand.

But, as the BMJ writers acknowledged, this goal could clash with the determination of big tech companies to keep the data private to maximise commercial returns.

A key conundrum for the commission, therefore, is how to assure that the value created with health data flows back to society, to strengthen the health system for everyone.

Data can show people the relationship between their own behaviour and the costs to the system overall. By showing patterns of need and demand, it could also help to target resources where they are most needed but in a way that would command public support.

Reliance on information generated by patients will undoubtedly trigger concerns about privacy and data ownership. But it might also raise questions about whether privacy concerns loom as large if the corollary is greatly improved healthcare — or healthcare where none was previously available.

Governments in the developing world are used to striking hard bargains to acquire a pill, but acquiring tech solutions, which are constantly evolving, may require a very different approach

In other words, while it is easy to assume that a desire to protect and even profit from data are common to all societies, this proposition, although accepted in the western hemisphere, has yet to be fully tested in the developing world.

Other key questions will be who protects and regulates the data for the good of all, and whether big tech companies are partners in, or threats to, that process.

How to collect the right data for effective decision making — both about an individual’s treatment and to understand the burden of disease at population level — and the capacity of people to enter and send data correctly, are also challenges to be debated and resolved.

Nor is the commission alone in pondering how best to realise the potential of technological advances. The World Health Organization last week held the first meeting of a group of global experts to develop a “road map” to advance digital health.

Tedros Adhanom Ghebreyesus, the organisation’s director-general, said the plan “focuses our efforts on helping the world benefit from digital health technologies and solutions while safeguarding the misuse of people’s data and protecting their health.”

Gaining maximum advantage from AI will call for new skills, particularly in procurement. Governments in the developing world are used to striking hard bargains to acquire a pill, or other immutable objects or goods — but acquiring tech solutions, which are constantly evolving, may require a very different approach if the best value is to be obtained.

The process of paying for care could also be transformed by cashless and paperless digital payment, which could render far less significant the question of whether care is provided by public or private institutions. This could increase capacity significantly while removing capital expenditure from the balance sheet of public health systems.

As the commission embarks on its work, the opportunities to harness AI for good in the developing world have never been greater — but the solutions it will be considering have never been more urgently needed.

Tell us about the possibilities and pitfalls of digital health

How is digital health helping tackle disease? Do the hidden biases in artificial intelligence discriminate? Will limited bandwidth leave the poor further behind? The FT is exploring how technologies, products and applications can improve the health of the poorest and hardest to reach young people and children in the world.

We are looking for examples that should already — or have the potential to — improve outcomes in low and middle income countries. We also want to hear instances of and broader concerns about technology; and proposals for governance, regulation and pricing to limit the risks. This will help inform our reporting in the coming months. 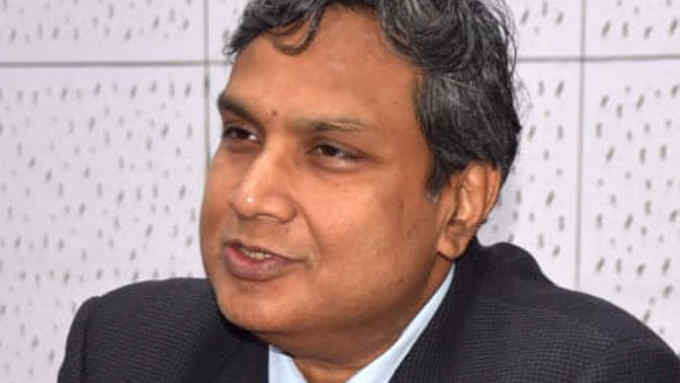