We use cookies (opens in new window) for a number of reasons, such as keeping FT Sites reliable and secure, personalising content and ads, providing social media features and to analyse how our Sites are used.
Manage cookies
Accept & continue
How To Spend It Travel

I grew up in Seoul at a time when Korean people didn’t like Korean things – they loved imported music, clothes and culture. It’s been 12 years since I moved to London, so I have lived through Seoul’s transition – where everyone is looking to Korea – almost from a western point of view. I’m slightly removed from it and my head is half there and half here. Sometimes I am the observer and sometimes I represent them. When I started my label, the buyers in Seoul would say, “We don’t want to buy Korean labels.” I would tell them that I was based in London, but it didn’t matter. Now they are very supportive because our culture is appreciated more in the rest of the world.

The city really has its own voice. All the young designers are doing amazing things, and people are really into music. I love an indie band called Hyukoh, which has a unique sound, and everyone is proud of the film Parasite. I love Bong Joon-ho’s other works too – like The Host and Snowpiercer; subtitled films often lose nuance and the subtle feeling of accents and behaviour, but he’s brilliant at capturing all of it. His success gives me the sense that you can achieve amazing things no matter where you’re from.

We visit Seoul once or twice a year, especially now that we have a three-year-old, Luka. The city is incredibly hectic and densely populated, and we stay at my parents’ apartment in Gangnam, where my mum will be up very early cooking a feast for breakfast. My Irish husband Jordan Bourke is a chef, so he will normally be cooking with her – even though she doesn’t speak a word of English. They make doenjang jjigae, which is like a miso soup, with tofu, marinated mushrooms and fish. He learns so much from my mum, but he also worked at the InterContinental hotel in Seoul for six weeks before we wrote Our Korean Kitchen. If he makes something now, anyone would think a Korean cooked it.

We eat so much – often five times a day – when we are in Seoul. We love having brunch in Jaha Sonmandoo, which is a famous dumpling house with great views towards Inwangsan mountain. In Korea, you don’t normally order food just for yourself, so when we go there with friends we have a dumpling soup and then share dishes. A lot of people take away massive bags of their handmade dumplings to have at home.

Or we will go to Tongin Market, where you can get the most amazing street food. It’s nice to soak up the atmosphere, walking in the market. They do tteok-bokki, a rice-cake dish in a spicy sauce, or a delicious, drier version, but my favourite is the hotteok, which is like a cinnamon pancake.

For dinner, Woo Lae Oak is a very old-school place serving Korean barbecue and cold noodles. There are two types of noodles – one is a mild icy soup and the other is fiery with a spicy sauce, and it’s always a dilemma, so when we go we nearly always share half and half.

Another favourite is Mr Ahn’s Craft Makgeolli, a bistro where the modern Korean cuisine is presented so beautifully and the food itself is delicious. I love the pine-needle-smoked mushrooms, the kimchi-marinated oysters with popping candy and the amazing Korean fried chicken with wasabi garlic sauce. It’s also the perfect place for a milky, fermented rice wine called makgeolli. You need to be really careful because it’s so easy to drink.

For those looking for somewhere to stay, I recommend Rakkojae Seoul, which is made up of traditional houses, with only 10 rooms. It’s so beautiful and calming, and you really feel the history of Korea here. They can organise a tea ceremony in a separate house called the Rakkojae Culture Lounge – magnolia tea served in beautiful bowls dating from the Joseon dynasty, with handmade Korean desserts on the side. It’s super-authentic and private.

My other favourite is the Park Hyatt. When you are up there, looking at the streets from your floor-to-ceiling window, it’s spectacular. And for some spa and pool time, it has to be Banyan Tree, situated on Namsan mountain – it’s the middle of the city, but the hotel has a zen-like feel to it and a great outdoor pool.

A friend recently recommended Onjium, a cultural lab that explores three essential elements of life – space, clothing and food – in a beautiful, modern building with a top-floor restaurant that has great views over the Gyeongbokgung Palace. The food is seasonal and simple but perfectly done, and you can sit at the bar and watch the chefs prepare everything. Downstairs there are different areas of clothes and homeware that combine Korean heritage with modern culture. There’s a whole floor showing examples of traditional dress, called hanbok, as well as bags and accessories made from the most beautiful materials. I don’t think of my designs as being inspired by Korea, but then I saw the clothing at Onjium and it’s all there.

Because I’ve lived in London for so long now, I really appreciate Korean culture and want to see the more traditional things when I go back. If we have guests, we will take them to the Korea Furniture Museum, which is set in a traditional house up in the hills with a wonderful view over Seoul. You have to book, and then they will take you on a tour of the regional furniture, telling the story behind each piece.

I’m also more interested in discovering Korean artists that you might not see much outside the country. The MMCA has a good mix of masterpieces and contemporary art, and the building is so striking. It’s a good place to see large-scale art, such as Do Ho Suh’s amazing houses made from many layers of sheer materials.

I try not to make our trips about work, but if we go south of the river then I’ll pop into fashion stores Boon the Shop, 10 Corso Como and Beaker, which are all right next to each other. It’s a good exercise for me to see what everyone is wearing – people love fashion and buy a lot of it, but they like simple, casual clothes. There’s never an occasion for a gown or a cocktail dress – you could even go to a wedding in jeans, so a lot of the clothes are geared towards daytime, and muted colours.

It always strikes me how intense and densely populated the city is when I go back. We escape as much as possible to Baeksasil Valley, a wild park that’s quite isolated. There are mountains and valleys, little paths and streams, so you feel you are immersed in the countryside. Or we’ll go for a walk in Seoul Forest, which is actually a manmade park with areas for cycling, exercise and playing, before a visit to Seongsu, an old industrial area that now has lots of cool shops and places to eat like Daelim Changgo, an art gallery and café. I also love art-poster store Kuna Jangrong: the owner collects from all over the world but you need an appointment.

Close to Seoul Forest is Hangang Park, where you can get street food from a market at the weekends or take a boat trip. It’s so big that each part of the park has lots of areas to explore. We are lucky in Seoul to have such clearly defined seasons, and you really feel it here. I have so many memories of picnics in the summertime when it’s 40 degrees. People leave their homes and camp out in the park – it’s so much cooler by the river, there’s a better chance of sleep.

HOW TO GET THERE
Emirates flies from Heathrow to Seoul via Dubai five times weekly, from £815 return.

How To Spend It
Matthew Williams’ insider guide to Milan 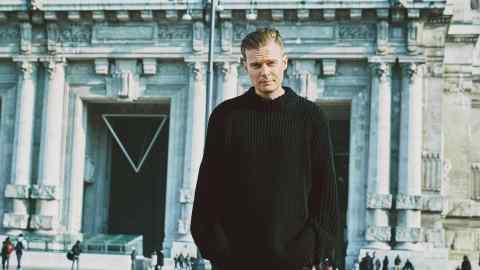 How To Spend It
How to spend it in . . . Sandra Sandor’s insider’s guide to Budapest 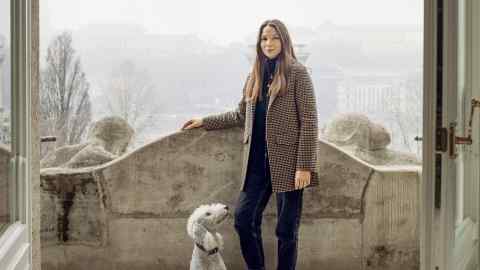