Neil Woodford, one of Britain’s best known investors, has eliminated bonuses for the 35 employees at Woodford Investment Management, the fund boutique he founded in 2014 after leaving Invesco Perpetual.

Craig Newman, chief executive of the group, which has £14.3bn under management, said bonuses were “largely ineffective in influencing the right behaviours”.

“There is little correlation between bonus and performance and this is backed by widespread academic evidence,” he added.

The staff at Woodford Investment Management will see their fixed pay increase to compensate for removal of bonuses.

Meanwhile Daniel Godfrey, former chief executive of the Investment Association, the trade body for UK fund managers, is setting up an investment trust that will not pay bonuses to executives, in an effort to reduce short-termism.

Mr Godfrey, who expects the trust to launch in the first quarter of 2017, said: “There will be nothing they can do to earn more money [above their fixed salary].”

The move to scrap bonuses is highly unusual in the City of London, where star fund managers and asset management bosses often make millions of pounds each year in performance-linked pay. It comes as the industry faces greater scrutiny over remuneration levels and investment performance.

Banks have already been forced by EU rules to reduce their reliance on performance-based pay — lenders may not pay bonuses that are bigger than two times salary — but few have talked about completely eliminating them.

Last year Simon Walker, chair of the Institute of Directors, launched a high-profile attack on pay in the asset management sector, which he described as having “all the ingredients of another scandal [in] a shady quarter of our financial landscape”.

Some of the world’s largest asset management houses have also been accused of failing to clamp down on excessive pay at the companies they are invested in. Critics argue that well-paid fund managers tend to vote in favour of high remuneration packages at annual meetings to avoid looking hypocritical. 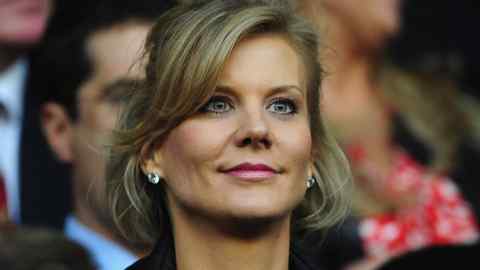 Some remuneration experts questioned the logic of removing staff bonuses altogether because it could make it harder for fund companies to control costs in difficult market environments.

Tim Wright, partner in the rewards practice at the consultancy arm of PwC, said: “The removal of bonuses linked to short-term performance can have a positive impact on [staff] behaviour. However [this can be] limiting when it comes to controlling costs in tough years.”

He added: “The other major challenge relates to the one-off increase in fixed pay at the point the bonuses are removed. The onus is on getting this right. Setting the right level of fixed pay for all employees at a time when you are removing your ability to manage total pay costs in the future is a very difficult challenge.”

Higher fixed salaries across the industry could also result in higher fees for investors, according to Andrew McNally, chief executive of Equitile, the boutique fund house.

“The issue the industry has is that it relies on too-high fees,” he said. “If everyone in the industry adopted Neil Woodford’s approach that [would] massively increase fixed costs, which means the industry is even less incentivised to change its fee [structures].”

Get alerts on Daniel Godfrey when a new story is published