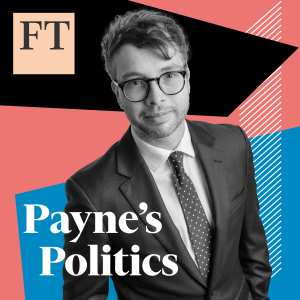 Why level playing field divides UK and EU, plus what Northern Ireland protocol means for the border

With negotiations on a Brexit trade deal between the UK and EU stalled again, and UK Prime Minister Boris Johnson warning of a no-deal outcome, can the process be salvaged? Plus, with the Brexit arrangements for Northern Ireland resolved this week in a new protocol, has the threat of a new trade border in the Irish Sea really been removed? Presented by George Parker, with Jim Brunsden, Peter Foster, Sam Lowe of the Centre for European Reform and Jess Sergeant from the Institute for Government. Produced by Anna Dedhar and Josh de la Mare. The sound engineer was Breen Turner and the editor Liam Nolan. Review clips: Downing Street, European Union, Parliament.

And why not join us this Tuesday 15 December, 2020 at 15:00 GMT for an unmissable opportunity to quiz FT Journalists on the plans to prevent short-term Brexit-related chaos and economic disruption. Be part of an interactive discussion on how borders, customs, trade and travel will change in 2021. Find out how supply chains are being impacted and the effect of the negotiations on food, farming and fishing. Join the conversation on the likely effects of the new rules on UK business – from major corporations to SMEs. Register free today here

-Standing on the edge of the Brexit precipice

-Nine things you need to know about a no-deal Brexit