Who could fill the Brexit leadership vacuum?

The EU referendum campaign in Britain and its aftermath have exposed a lack of leadership in the UK and Europe. I asked the experts to identify the leadership trait most urgently needed and the leaders — living or dead — whose example might offer a way out. Here are their responses. Share your own thoughts in the comments below.

We need leaders with pragmatism and a lack of personal ambition. The last thing we need is a leader trying to push a strong ideological position, as it will just upset those who don’t agree with that position even more.

We need a prime minister who wasn’t involved closely in the debate, who is able to steer the perilous course between rival interests.

We don’t want a heroic, larger than life, take-no-prisoners type of leader. We need someone with good emotional intelligence and that pragmatic streak, along with a capacity to forgive his or her enemies: a John F Kennedy or a Nelson Mandela. From today’s leaders, Angela Merkel seems to have the right mix of qualities: maybe we can get her to change sides.

The most urgently needed trait is the ability to think systemically. A crucial leadership capability is asking the question: what happens if we try some seemingly simple solution to a complex problem. It is realising what, upon reflection, is likely to happen. That sobering realisation tempers rash action.

Systems thinking nearly always goes hand in hand with a profound sense of humility about one’s ability to control external events. Systems thinkers err on the side of inaction but that is likely to be better than careless action that unleashes havoc.

Abraham Lincoln experienced and understood crisis and he leveraged a crucial resource of the systemic thinker. He pulled together a team (of his former rivals) to help him consider all angles and anticipate possible responses.

Jim Kouzes and Barry Posner, co-authors of The Leadership Challenge

The current crisis demands transforming leadership, which historian James MacGregor Burns described as occurring when “one or more persons engage others in such a way that leaders and followers raise one another to higher levels of motivation and morality”. What it does not need are transactional dealmakers who trade in rewards and punishments.

To demonstrate they have the right stuff, UK and European leaders must broaden the context, defy the verdict of doom, fully commit to what’s important, engage others, and show they care. Change like this demands full attention, imagination and effort. And transforming leadership needs positive emotion, optimism and hope. You cannot perform to a negative; you can only perform to a positive.

There is not one single leader who can best offer a way out of this crisis. What’s needed is a team. 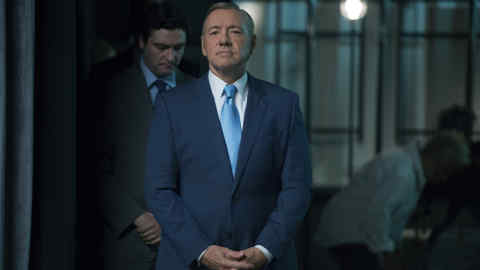 The trait needed is negative capability. John Keats, the poet, described it as the capacity “of being in uncertainties”, the ability to contain, put words to, and help transcend polarising passions — rather than fuelling, denying or exploiting them in some combination. We need such leaders to foster realistic hope that takes into account the complexity and challenges of our circumstances, not hope built on visions of denial, blame and tribalism.

Most of all we need leaders who are less preoccupied with their leadership — its vision, style, and legacy — than they are with its consequences on the lives of those they aspire to lead.

Jim Collins, author of Good to Great and How the Mighty Fall, co-author of Built to Last and Great by Choice

This is a time that calls for “Level 5 leaders” infused with the “Stockdale Paradox” — named after Admiral Jim Stockdale, a US prisoner of war in Vietnam. You have to retain faith that you will prevail, regardless of the difficulties, and at the same time confront the most brutal facts of your reality, whatever they might be. Britain is smack in the middle of a Stockdale moment.

The Stockdale Paradox is especially powerful in the hands of Level 5 leaders — those fuelled with ambition for the enterprise as a whole, directed towards a larger purpose, not principally for themselves or their own advantage. Level 5s have an indomitable will to do what it takes to make good on that larger purpose, no matter how long or difficult. Leaders primarily concerned with “What can all this turmoil do for me?” are not Level 5. We need all the Level 5 leadership we can get right now.

Asking the right questions is the most important leadership skill needed now. To prevent further destabilisation, we need leaders who can spot disruptive events before they happen. Leaders most adept at asking and answering “catalytic questions” are most capable of manoeuvring through minefields relatively unscathed. Their tough questions uncover innovative solutions and mobilise through a shared sense of discovery and ownership.

Abraham Lincoln embodies a leading-through-inquiry style. Lincoln possessed a deep curiosity that drove him to master law and refine his oratory skills. It also drove him into risky and uncomfortable political environments where, over the years, he gained a line of sight few other leaders would have. Through deep observation and equally deep reflection, he continually surfaced new questions, ones that unlocked unusual courses of action, ultimately becoming one of history’s greatest unifiers.

What is needed is a deep understanding of complexity and of the nature of dynamic unpredictable systems, and also the courage to get rid of outdated means for opinion formation, creating consensus and making decisions which have their origin deep in the last century. Instead, leaders need to use innovative tools, methods and procedures to bring about the big changes which both sides need to create solutions.

My candidates for leader would be Winston Churchill and General George C Marshall, left, chief of staff of the US Army in the second world war, who Churchill afterwards called “the organiser of victory”. After the war he was author of the Marshall plan for rebuilding Germany and other European states.

The leadership trait most urgently needed is the ability to think creatively about “wicked problems”. None of the old models, based on traditional left and rightwing categories, works, and without new ideas to excite and inspire, it is hard to rally a diverse crowd.

As for a leader, I would pick Margaret Thatcher. She would call a spade a spade and have a long-term vision to lend coherence to her decisions.

Andrew Hill is the FT’s management editor and author of Leadership in the Headlines: Insider Insights into How Leaders Lead