The near collapse of FTX has “severely shaken” confidence in the crypto industry and will trigger tougher scrutiny by regulators, Binance chief executive Changpeng Zhao said a day after orchestrating a rescue of the exchange’s rival.

Zhao said in a note to employees seen by the Financial Times that the bailout, which consolidated Binance’s position as the world’s biggest crypto trading venue, was not “a win”.

“Regulators will scrutinise exchanges even more. Licenses around the globe will be harder to get,” Zhao wrote to staff early on Wednesday.

The message also laid out the speed of the deal he agreed with his counterpart Sam Bankman-Fried to prevent the total collapse of FTX, which had been valued at $32bn earlier this year. Binance declined to comment on the internal memo.

The two men shocked the crypto industry when they announced on Tuesday that Binance had agreed to rescue FTX after a surge in customer withdrawals sparked a liquidity crisis.

The troubles at FTX were accelerated after Zhao said over the weekend his company planned to sell down more than $500mn worth of FTX’s own digital token, a sum that dwarfed its average daily trading total.

“We did not master plan this or anything related to it,” Zhao said.

“It was less than 24 hrs ago that SBF called me. And before that, I had very little knowledge of the internal state of things at FTX. I could do some mental calculations with our revenues to guess theirs, but it would never be very accurate,” Zhao said.

“I was surprised when he wanted to talk. My first reaction was, he wants to do an OTC deal . . . But here we are,” he added.

Zhao said he had ordered Binance to stop sales of FTT, a token issued by FTX, after a call with Bankman-Fried on Tuesday.

Zhao said due diligence on the deal with FTX was ongoing, and has publicly stated he could still walk away from the deal. In a tweet earlier on Wednesday he hinted at his views on what went wrong at FTX. 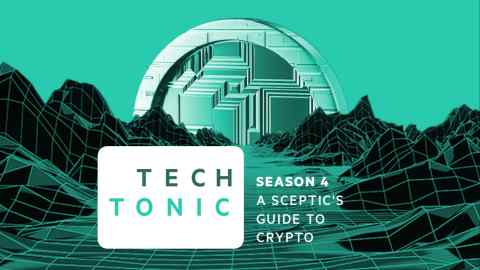 “Never use a token you created as collateral . . . Don’t borrow if you run a crypto business. Don’t use capital ‘efficiently’. Have a large reserve,” Zhao tweeted.

In the aftermath of FTX’s near failure Binance and other larger exchanges have pledged to publish more proof that they hold their customers’ funds in secure reserves that are readily available to meet withdrawals.

“We must significantly increase our transparency, proof-of-reserves, insurance funds, etc. A lot more to come in this area. We have a lot of tough work ahead of us. Not to mention prices swinging wildly,” he wrote to staff.

The Binance chief also acknowledged that a takeover of FTX, creating by far the largest crypto exchange in the world, would paint a target on the company’s back.

“People now think we are the biggest and will attack us more,” he said.