Lockdown-fuelled boom in membership is slowing down, says streaming group

Netflix added 10m subscribers in the second quarter, well above estimates, but the company warned that its pandemic-related growth spurt was slowing.

The streaming group cautioned investors that subscriber growth would slow in the second half of the year, after enjoying the bump from lockdown life in recent months. Netflix expects to add only 2.5m new subscribers in the July to September quarter, which would be its weakest showing in years.

The company also announced that Ted Sarandos would be promoted to co-chief executive alongside Reed Hastings. Mr Sarandos had overseen content during the company’s massive investment period.

“Ted drove the revolution in our content strategy,” said Mr Hastings, adding that he did “not expect much to change” in terms of daily operations at Netflix.

Netflix shares dropped about 10 per cent in after-hours trading on Thursday. The stock has gained more than 58 per cent this year, reaching record highs as investors flocked to one of the few companies benefiting from the pandemic. The S&P 500 index has been flat this year.

Netflix now claims 193m subscribers globally, with the 10.1m added in the past quarter beating its own guidance of 7.5m and Wall Street forecasts for 8.1m additions.

LexMedia
Netflix: back to the future Premium 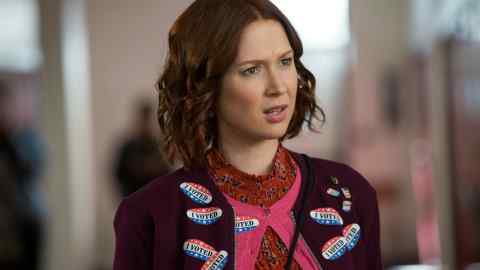 With people staying home to control coronavirus as it spread across the world this year, Netflix had by June added almost as many subscribers as it did in all of last year. The company added 26m subscribers in the first half of 2020; in 2019 its subscriber base grew by 28m.

It lost subscribers in June, however, according to a graph in Netflix’s quarterly letter shareholders. “As we expected . . . growth is slowing as consumers get through the initial shock of Covid and social restrictions,” Netflix said in the letter.

Sophie Lund-Yates, analyst at Hargreaves Lansdown, said: “If you haven’t subscribed to Netflix during lockdown, the chances are you never will.

“While Netflix is still the biggest fish in the tank, if it wants to keep it that way, there is work to be done.”

The company has previously fuelled a content splurge with junk bonds, borrowing billions as it sought to disrupt Hollywood with original movies and TV shows.

But Netflix does not expect to tap debt markets again this year. “Our need for external financing is diminishing,” it said.

Netflix’s balance sheet has been helped by a production shutdown, as sets were forced to close because of lockdowns. This has delayed some content spending, leading Netflix to forecast it will break even, or even achieve positive cash flow, this year. The company previously anticipated it would burn $2.5bn in cash this year.

As coronavirus has eased in Europe, Netflix has resumed production in countries including Germany, France, UK and Italy. However in the US, where the pandemic is worsening in states such as California, there is “more uncertainty”, Netflix warned.

With cinemas shut in the US, streaming movies have replaced the typical summer blockbusters that would draw audiences to cinemas. Extraction, an action flick starring Chris Hemsworth, drew 99m household viewers in the four weeks after it made its debut on the service, Netflix said on Thursday.

The company also highlighted Mindy Kaling’s young adult comedy Never Have I Ever, which lured 40m household viewers in its first four weeks.

Revenues in the quarter ending in June jumped 25 per cent over last year to $6.1bn, meeting analysts’ forecasts. Net income rose to $720m, from $709m a year ago.

Get alerts on Netflix Inc when a new story is published