How the crisis in UK retailing is reshaping employment

Thousands of jobs have been lost due to rise of ecommerce, with women particularly hard hit

Almost 60,000 retail jobs were lost in the UK over the past year, prompting calls from industry bodies for more action to help high streets, despite evidence that many of the people affected found alternative employment.

Retail employment is difficult to measure accurately because it is highly seasonal, but the British Retail Consortium, the retail trade association, estimates that a net 57,000 jobs were lost in the year to June.

The number, which was based on an analysis of the latest Office for National Statistics figures, contrasts with the wider picture of almost full employment in the UK, and the BRC is frustrated that retail job losses do not receive the same attention as lost manufacturing jobs.

“If government was as fast to act over the tens of thousands of retail jobs that have been lost in recent years as it has been over many fewer manufacturing jobs, then we might see a revival of our high streets, and the communities they support,” said Helen Dickinson, BRC chief executive.

Retail is the UK’s biggest private sector employer, with more than 3m workers. But over the past few years it has seen job losses because of the rise of online shopping, falling consumer confidence, higher costs and excess physical space.

The BRC said that jobs in the sector, which are often taken by those who need flexible hours, are undervalued.

High-profile collapses of major retailers resulting in large numbers of redundancies — such as the failure of BHS in 2016, which put about 11,000 people out of work — attract front-page coverage.

But most retail job cuts tend to be dispersed over wide areas and are more likely to fall upon part-time, lower-paid and female workers who are less likely to be the main breadwinners in a household. A 2016 survey by the Joseph Rowntree Foundation found that about half of retail employees were low-paid, and two-thirds were female.

“The assumption made about retailers is that they come and go and that this has little long-term impact since worker skills in that sector are transferable to other areas of retailing or the broader service sector,” said Ratula Chakraborty, a professor of business management at the University of East Anglia.

Most of the job losses in the sector are the result of the restructuring and cost-cutting needed to adapt to a world in which ecommerce is taking a growing share of the retail pie: Debenhams’ plans to shut 22 stores early next year could cost over 1,200 jobs. The ONS estimates that about a fifth of national retail sales are now online, although in some categories the figure is higher.

The agency’s data, covering employment on high streets from 2012 to 2017, suggest that jobs have shifted from retail to restaurants, hotels and other service sectors. This mirrors a shift in consumer spending to those areas, which is evident in spending data captured by Visa, and the increase in businesses such as ice-cream parlours, barbers and tattooists on high streets.

But research by the Local Data Company on behalf of PwC suggests that the rate of expansion in these sectors will not replace all the jobs lost to the decline in high street retailers.

With the growth of ecommerce many workers are finding jobs away from bricks and mortar shops in the distribution facilities operated by third parties such as XPO, Clipper or DHL. They are usually classified as logistics workers rather than retail employees, according to Liliana Danila, economist at the BRC.

Separate analysis of ONS data by the Royal Society for the encouragement of Arts, Manufactures and Commerce found that 40,000 extra warehouse roles have been created during the past seven years. It added that most of these have gone to men, while almost three-quarters of the 108,000 sales and customer service jobs lost over the same period were held by women.

The UK’s largest ecommerce retailer, Amazon, has added around 10,000 permanent roles in the past three years alone, now employing close to 30,000 people.

Professor Chakraborty cautions there is no way of being sure where displaced retail workers end up. “There is no tracking of individuals and the jobs they take up after store closures and redundancy, and staff turnover in retailing is generally high because the sector employs many young adults, who tend to be geographically mobile and also career mobile,” she said.

Diane Coyle
Diane Coyle: Something is seriously awry in the world of work 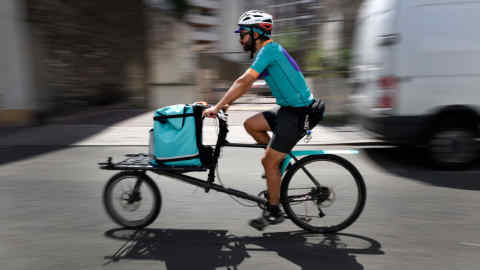 Paul Seller, a policy officer at the Trades Union Congress, said that “the most likely place for many displaced retail workers to go is still to other retail firms. The retail industry always had a lot of churn.”

ONS vacancy data show that despite the losses, the broader retail and wholesale sector — which employs about 5m people — had 131,000 unfilled posts in August, the highest of any sector except health and social work, which had 138,000.

The BRC acknowledged that retail will employ fewer people in future, not just because of retrenchment but also because of increased automation. It says it wants to encourage the creation of better jobs with more training and opportunities for career progression.

Jonathan Reynolds, associate professor of retail marketing at the Saïd Business School in Oxford, believes the heavy retail job losses in recent years have been caused mainly by the downsizing of store estates and that this painful process will eventually run its course. “But I do often ask myself: where is the new equilibrium, and is it sustainable?”