Veteran art dealer Richard Feigen, 88, may have bought and sold hundreds of works during the past 60 years, but when it comes to offering five Old Master paintings from his own home, he is having serious seller’s remorse. “They’re only a part of my collection, it’s basically to release some liquidity, but I’ve let go of them very reluctantly,” he tells me over the telephone from New York.

Each piece packs a punch, and together they are estimated to make between $7.8m and $12.4m at Christie’s on May 1. Particularly powerful is the work that Feigen says he holds most dear, a small “Vanitas Still Life” (c1620) by the Italian Baroque painter Guercino (est $2m-$3m). Likely painted for the Capuchin church in Guercino’s native town of Cento, near Bologna, the haunting images of a skull, hourglass and fading flowers hide another treat on the back of the frame. Here, an enthusiastic 19th-century owner of the work has stuck a handwritten excerpt about the work, copied from an Italian book, that includes details of the painting’s authorship and provenance.

Another work with a two-sided tale is John Constable’s “The Skylark, Dedham” (c1830), a delightful oil-on-board of the artist’s beloved Stour Valley. Paul Raison, chairman of Old Masters for Christie’s Europe, describes the deft work as “a pure palette knife job” (est. $800,000-$1.2m). On the back of this, and revealed through its frame, is an earlier painted study of a cow standing in a stream, dated to around 1820.

Feigen’s keen eye and experience contributed to the attribution of “The Madonna and Child with Saint Lucy and the Young Saint John the Baptist” as one of the earliest panel paintings known by the Bologna and Rome artist Annibale Carracci (c1587-8, est $3m-$5m). Feigen bought the work, which shows the blinded saint being handed back her eyes, for $1.4m from Phillips in 1987 when it was sold as by Sisto Badalocchio, a pupil of Annibale Carracci. The work had also previously been attributed to Annibale’s cousin, Ludovico Carracci. Other experts had recognised the painting as by Annibale, but it was Feigen who nailed its now accepted attribution. This work could break the artist’s auction record, set at $3.4m in 2013 for a painting of the Annunciation.

The opportunity for discovery is partly what turned Feigen on to older art, having first opened a gallery focused on German Expressionism and Surrealist art in Chicago in 1957. Also, Feigen says, “I saw a lot of intrinsic value [in Old Masters] with prices relatively low.”

This dynamic persists, but Feigen is downbeat about the market today: “It’s pretty bad, there are fewer collectors of older art around,” he says. Of the exception to the rule — Leonardo da Vinci’s “Salvator Mundi” (c1500) that Christie’s sold to Abu Dhabi’s Department of Culture and Tourism for a staggering $450.3m — Feigen is clear that this painting “was of no interest to me at any price”.

The other two works Feigen is selling in May are Lorenzo Monaco’s rhythmic gold-ground tondo, “The Prophet Isaiah” (c1410-15, $1.5m-$2.5m), which belonged to the “Annunciation” altarpiece now in the Accademia in Florence and another Guercino, a later, large-scale painting of “Saint John in the Wilderness” (1652, $500,000-$700,000). “All of the works bear witness to his great taste,” Raison says.

Explore the series
READ MORE
Shrines to the line: inside Paris Drawings Week 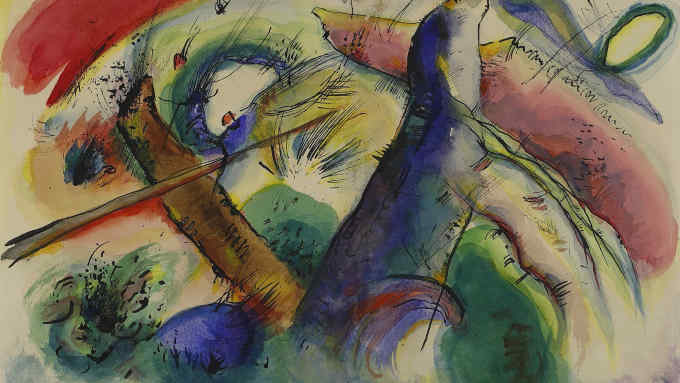