A journey from flip-flops to ‘Fake’ lifts a flagging spirit 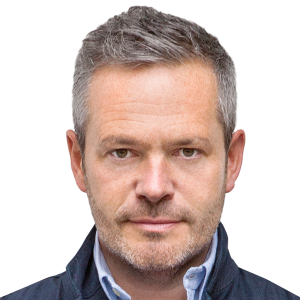 It takes quite a bit to keep me from boarding an aircraft but a cocktail of too many late nights in “okama” [transvestite] hostess bars in Ginza, Tokyo, the lack of anything that might resemble a sleep pattern and a diet of pancakes and curry rice left me feeling less than enthusiastic for my Cathay Pacific flight from Narita to Hong Kong last Sunday.

While I tried my best to pull myself together for the flight, I eventually had to tell my colleague and clients that I wouldn’t be joining them for the rest of their Asian tour. I’m not much of a believer in miracle cures and even more sceptical about all things herbal, so I didn’t hold out much hope when the group leader, Maria, pressed a little bottle of Chinese pills into my palm.

“Take them in one shot with a glass of water. Glug, glug, glug,” she said in her Catalan accent. I downed the little vial and hoped for the best. My more cautious side told me that I should head back to the Park Hyatt and spend the rest of the day resting and watching MTV Japan. My more adventurous side suggested that the pills might actually work and I should take advantage of the spring-like weather and savour being solo for a whole afternoon in Tokyo.

I was about to err on the side of caution and direct my taxi driver to Shinjuku but in the end instructed him to head to Omotesando. What follows is my latest guide to Tokyo’s retail and culinary delights:

13.30: I called my friend Mina to say hello and tracked her down in the middle of a flip-flop buying frenzy at Celux – Louis Vuitton’s members only shopping emporium above its Omotesando store. Seven minutes later I was out of my taxi and making the ascent to the top floor to see what all the excitement was about.

13.40: I’m in the middle of a sea of special edition, World Cup Havainas flip-flops and Mina’s already ordering her 20th pair. The sales assistant informs me that they’ll be delivered in May and, while I don’t really need any more open footwear in my life, I end up selecting “Japan” and “Germany” because I’m keen to see Nippon in the final of the football tournament and the German Havainanas feature the best colour combo and design.

14.00: It’s impossible to go anywhere near Aoyama without making a trip into the Yoshida Bag shop for a holdall or a tote. As this is day eight in Japan and I’ve amassed too much printed material, I buy one of Porter’s iconic, boxy duffels.

14.30: Having already paid two visits to Mori’s new Omotesando Hills development I pop in for another look and marvel at how packed the place is. Only in Japan could the opening of a Tadao Ando designed retail and residential complex cause crowd scenes that compare to the Haj in Mecca.

14.35: After politely excusing my way past four-and-a-half foot-high grannies in vintage Chanel suits I walk into Beyes. This new concept by Sony is a multibrand fashion and design concept for the man who’s outgrown Patagonia but still wants functional outerwear, has a taste for custom Orobianco bags and is fussy about his denim brands.

14.50: Weaving through the backstreets of Aoyama, I’ve set a course to the rather uncatchily named Forty Carats and Five Hundred and Twenty Five. It is owned by designer Takeo Kikuchi and designed by the Meguro-based architecture firm Simplicity. I’m on a mission to find a canvas blazer for summer. Tailored garments are always tricky in Japan as they’re not very sympathetic to more broad-shouldered European stock but I manage to slide into a sharp olive jacket, size 40 with little effort.

15.10: I’m hoping for similar sizing luck at the Shibuya branch of Tomorrowland but it seems they have a new fitting model who has the build of a malnourished seven-year-old. My attempts to squeeze into a double-vented navy blazer send the staff running to prevent me from splitting the back of the jacket. There’s an enormous opportunity for Japan’s top multibrands (Beams, United Arrows and Tomorrowland) to do a capsule collection of Western-size garments.

15.40: The pills have definitely kicked in as I’m feeling hungry. Hailing a cab for Daikanyama, I pull in front of the restaurant Sign and grab a seat at the common table. The 48-hour curry of the day sounds and smells too good to pass up so I go for it. The apple tart is also worth making the journey for.

16.15: Hacknet is a dangerous habit. I reckon it’s one of the best bookshops for design in the world and is a “must-visit” in the neighbourhood. I exit the shop with bags that will guarantee slightly longer arms.

17.05: I’ve decided to not push my digestive tract any further and take the decision to spend the evening in my hotel room. A good night in always calls for a kicking soundtrack so I end my tour by stocking up at Bonjour Records. If you don’t have it yet, you need a copy of Fake by The Emigrants.