Some of the most heated debates in the US Democratic presidential candidate race have been over how “Medicare for All” might transform the country’s healthcare system. But while more than half of voters support a national health plan, this falls to 37 per cent, according to the Kaiser Family Foundation, when it is suggested this would raise taxes for most Americans.

When it comes to global approaches to universal healthcare, the US with its costly and inefficient system is something of an outlier. However, the US debates highlight what is an increasingly tough challenge for policymakers around the world: how to start or continue to fund the provision of health services for all citizens.

In mature economies, no one system prevails. “You have many models and each nation has a healthcare that reflects its history, its politics, its economy and its national values and culture,” says Lelio Marmora, executive director of Unitaid, the UN-backed funder of global health innovation.

In some countries, systems like the UK’s National Health Service give all residents access to a tax-funded system that covers most forms of care, with charges for certain services such as optical and dental care and prescriptions. “It’s a tried and tested model and there’s no indication that anyone is going to move away from that universal approach,” says Sally Warren, director of policy at the King’s Fund, a think-tank.

In the UK, coverage may even be extended. “With prescription charges, there’s been political moves more recently to reduce or remove more of those charges,” says Ms Warren. “So we’re moving towards an even more universal model.”

However, given demographic shifts, with people living longer but often with several chronic conditions, and the growth of new medical technologies and treatments, the question for policymakers is how to continue to fund universal care.

And while policy discussions in the US often focus on how to fund universal coverage, a bigger challenge is how to rein in the soaring cost of medical care, prescription drugs and deductibles (how much people pay before their insurance kicks in).

“While the debate on the stage is mostly about expanding coverage, the debate around the kitchen table is almost entirely about healthcare costs,” says Drew Altman, president and chief executive of the Kaiser Family Foundation. “It’s a major cause of financial stress for people.”

One of the challenges of the fragmented, privatised US system is that no mechanism exists to rein in these costs. By contrast, an increasing number of countries with universal coverage are using health technology assessments (HTAs) to consider the clinical performance and relative value for money of new health interventions, drugs or technologies and decide whether or not to cover them.

In the UK, for example, the National Institute for Health and Care Excellence plays this role while Canada has its Patented Medicine Prices Review Board. And increasingly, HTAs are negotiating prices rather than just accepting or refusing coverage.

“The future is how you decide what to cover, what you leave individuals to pay for themselves, and then how you drive improvements in efficiency,” says Francesca Colombo, head of the OECD’s health division.

For developing countries, meanwhile, the challenge is a more basic one: how to extend access to healthcare to the entire population. Unitaid’s Mr Marmora sees advances being made. “A lot of progress has been achieved in the past 20 years,” he says. “Countries like South Africa, Kenya, Brazil, Ghana, Botswana and Namibia have come up with very robust attempts to cover their populations.”

He argues that for these countries, it is unrealistic to move to universal coverage overnight. Often, it must be developed incrementally through a focus on individual diseases, with assistance from multilateral agencies.

“With HIV Aids, in 2000 you had 200,000 people on antiretroviral treatment globally,” he says. “Today you have 22m and that extraordinary result has been possible thanks to the willingness of the countries themselves to improve services and invest more money but also due to a huge intervention from the international community.”

Meanwhile, some countries have pioneered models that could be replicated elsewhere. Jean Kagubare, a deputy director in the delivery programme of the Bill & Melinda Gates Foundation, cites Rwanda’s community-based insurance.

People pay different amounts into the system, depending on their income level, and those funds are pooled to provide services. As well as extending access to care, the system — initially voluntary but now mandatory — helps raise the quality of healthcare.

“People who have prepaid inherently have a right to complain and to demand services that are available and of good quality,” says Mr Kagubare. “That brings another level of accountability.” This accountability is critical. For as important as coverage is the ability of governments to provide high-quality, accessible, affordable services, says the OECD’s Ms Colombo. “Having universal coverage without quality of healthcare is an empty promise.” 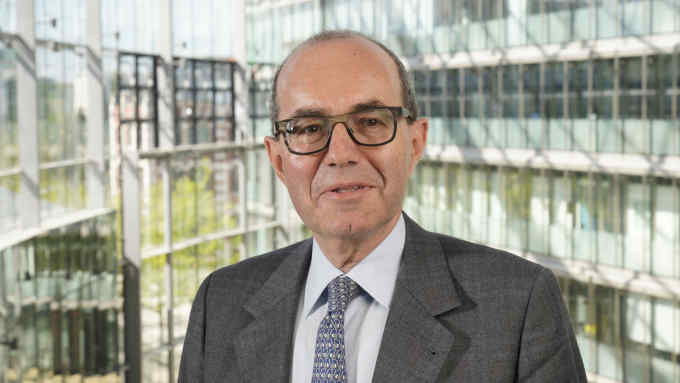