When Shannon Thyme Klinger left the top legal job at Swiss pharmaceutical group Novartis to join US biotech Moderna this month, she was motivated by a deep sense of purpose — professional and personal.

Although she had spent the better part of a decade at Novartis, one of the world’s biggest pharma companies, and had held the chief legal role there since 2018, the allure of the smaller, younger Moderna was irresistible.

Known for developing one of the early Covid-19 vaccines, 10-year-old Moderna focuses on the new field of RNA therapeutics, medicines that affect how genes work, which could be highly significant in combating cancer and other illnesses.

Klinger, a cancer survivor herself, was thrilled at the chance to work in a health organisation with Moderna’s potential. There was also the prospect of building the company’s environmental, social and governance (ESG) agenda.

When I think of all the issues global companies have to face, my heart rate goes up

Her decision is one example of how top general counsel are rethinking their roles.

“Increasingly, I feel that general counsel should want to take a leading role in bringing to life through their own stories the mission, vision and purpose of a company,” says Klinger. “In the past, the C-suite legal role might have been characterised as having a transactional relationship with such topics. But who better than the GC to step in and lead with humanity to not just advise, but be catalysts, for the change we want to see?”

The legal team inside a business is often labelled “the department of ‘no’”. But, over the past two decades, business leaders have increasingly turned to them for strategic, as well as legal, advice. A key turning point was the 2008 financial crisis. Significant numbers of general counsel acquired new status as business partners in the executive team to help their organisations take a better view of existential threats.

Another crisis — the outbreak of the Covid-19 pandemic in 2020 — may prove another inflection point for company lawyers.

In the FT reports on leading in-house lawyers in 2017 and 2018, just over a quarter of the general counsel featured for their career achievements had corporate affairs and/or ESG as part of their remit. By 2020, the figure had risen to just under half.

Now, most of the general counsel featured in the 2021 FT General Counsel series being published over the next few days have at least some responsibility for corporate or external affairs or the ESG agenda.

As well as crises, the rise of stakeholder capitalism is an underlying driver of the general counsel’s widening remit. When companies’ focus extends beyond shareholders, and they face being challenged in courts of both law and of public opinion, the skills, training, and long-term thinking of company lawyers are more useful in a world in need of balance and non-partisan judgment.

Taking on responsibility for corporate or external affairs is transformative for general counsel. It shifts their focus from being primarily internal to having to be acutely aware of the wider world in which their companies operate.

Horacio Gutierrez, responsible for legal and corporate affairs at music-streaming company Spotify, says there is a pressing need for a new type of leadership in business — and it must come from in-house lawyers, too. He calls for more diplomacy and a less adversarial stance from company lawyers. “When I think of all the issues global companies have to face, my heart rate goes up,” he says. “Society is asking corporations to find the right answers but with no guidance.”

A critical challenge facing companies is to regain consumers’ trust in business. This is particularly true, argues Gutierrez, for the tech sector, where he has spent most of his career — he was formerly at Microsoft. “A social licence to operate is needed,” he says.

That is a complex challenge when society’s views on issues ranging from politics to health is so polarised. “The world is on fire,” says Gutierrez, adding: “What is offensive to some, isn’t to others.”

At the same time, the lines around what constitutes a legal function in big companies are blurring and its role in enabling the company’s social licence to operate is critical.

The general counsel featured in the series over the next few days noticeably run professionally diverse teams and have several strings to their bow.

Lyndall Stoyles at Australian telecommunications company Telstra, for example, has a multidisciplinary team at least partly because of her responsibility for ESG. “We need the expertise of non-lawyers to build our ESG expertise,” she says.

The responsibilities associated with being general counsel are evolving. The title no longer effectively describes the role

So, should the job title of “general counsel” be gently retired?

For many, it is already redundant. “The responsibilities associated with being general counsel are evolving. The title no longer effectively describes the role,” says Kate Adams, general counsel and senior vice-president of legal and global security at Apple. In her own job, she touches every part of the company, while still working as a hands-on, practising lawyer.

For others, the practising lawyer part of the job is shrinking. Caroline Cox at BHP Billiton, one of the world’s biggest miners, was promoted to chief external affairs officer in November 2020. Legal is now just one of many functions for which she is responsible.

“Social licence is fundamental in the resource sector,” says Cox. “But our concept of social value takes it one step further.” Significantly, a team dedicated to social value — where the company argues that it can be a force for good — capital prioritisation and corporate decision-making now sits under her.

Stakeholder capitalism gives general counsel the opportunity to have greater responsibility and accountability, which means lawyers like Klinger choosing companies, chief executives and missions that they can sincerely get behind. As Gutierrez indicates, for general counsel, the demands of stakeholders should form a vital part of their legal advice.

Overall, commercial lawyers, especially those working in-house in multinationals or big law firms, need to have a more human-centred approach in their practice, one that reflects purpose and values. The title may already have been taken by other business roles, but perhaps “chief purpose officer” is ultimately best suited to describe the modern top company lawyer. 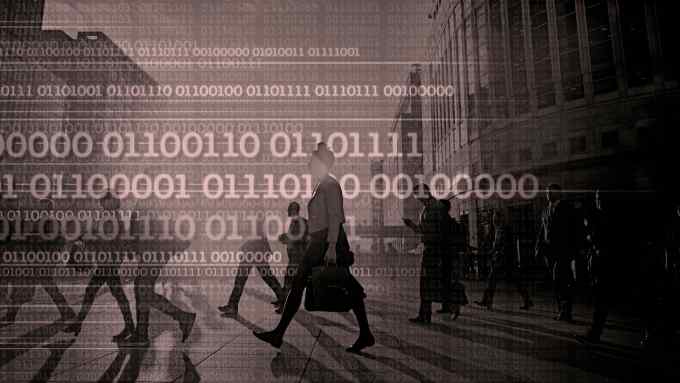