“Where are you going?”

The sound is emanating from the far right of the courtyard, and when I turn, it’s my neighbour, who has coiffed and trimmed his way to an MBE as a hairdresser. Before I can answer, he continues, “That jacket’s beautiful.”

The piece he’s referring to is by Olubiyi Thomas – a heavy white linen with geometrical grey lines and a structured hood that serves as both earthly protection and halo. Thomas has been straddling different worlds since graduating from Central Saint Martins in 2013. For his show back then, he teamed up with Vanners Silks to create his own woven jacquard fabric reminiscent of Adire, an indigo-dyed cotton cloth made by Yoruba women in Nigeria.

Meshing cultures and aesthetics is a natural process for Thomas, who was born in Lagos, raised in Glasgow and schooled in London. Inspiration for his collections have come from Yinka Shonibare, Victorian England and the Black Dutchmen – a group of west African soldiers recruited by the Royal Netherlands East Indies Army in the mid 19th century to suppress uprisings in Indonesia.

I want to tell my neighbour all of this. I want to leave him gobsmacked by the tales of a three-year-old Nigerian boy in Scotland and of Gold Coast recruits serving in a Dutch army, but I am running exquisitely late. “Thank you,” I say as I pull the woven hood up over my head and skip out of the gate. “It is beautiful.” 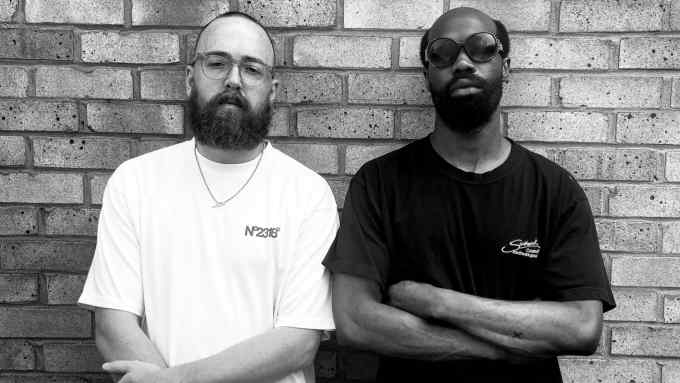