As thousands of Amazon sellers flooded into Las Vegas for a recent conference, they were offered a striking deal from a one-year-old start-up called Acquco.

Tell us about an Amazon seller who we can buy out of their business, Acquco’s leaflets read. “If we acquire a business you refer to us, we will buy you a Tesla.”

It was the kind of gimmick that helped Acquco stand out at the show as it tries to compete with cash-heavy rivals to acquire as many of the top Amazon listings as it can, said Raunak Nirmal, the start-up’s chief executive.

“It’s been about a week since we launched and we’ve already received over 1,000 submissions,” he said. He expects to start handing out the cars in the third quarter.

The majority of sales on Amazon are now made by independent sellers on its marketplace, through which $300bn worth of goods flowed last year, according to Marketplace Pulse.

Reaching the top of Amazon’s listings, even for the most innocuous of products, can translate to millions of dollars of sales.

So in the past 18 months, at least 69 start-ups have raised some $7bn to begin buying up successful Amazon sellers, in the hope of building a collection of top brands. The biggest roll-up player, Thrasio, has raised almost $2bn.

For sellers, many of which have spent years painstakingly building up their Amazon sales, it is a bonanza. Prosper Show, the Las Vegas trade event, became a hub for dealmaking, with roll-up players lavishing their targets with lunches, dinners and cocktail parties.

“The aggregators are coming to play,” said Alison Medina, head of content for the event. “They are here to woo.”

While each aggregator claims to have its own approach, the prevailing strategy relies on using scale to streamline management of supply chain and marketing, as well as using the aggregator’s capital to launch new products under already successful brands.

One aggregator, Perch, which has raised more than $900m in funding, shared an example of Prestee, a brand selling party supplies, such as plastic champagne flutes. Since acquiring it in February, Perch said it had been able to increase Prestee’s margins by 50 per cent by improving its product listing page, and increasing marketing both on and off Amazon.

Chris Bell, Perch’s chief executive, told the Financial Times the company was on track to surpass $500m in revenue by August, with a hope of reaching $700m by the end of the year.

But the longer-term strategy is as yet unproven. The main aggregators were generally aiming for net profit margins of 20 per cent but had yet to get there, said one person who has heard their pitches to investors.

One recent Perch deal, for Web Deals Direct, gave a hint at where the emerging roll-up industry could move next. It included 230,000 sq ft of warehousing space — an early move from Perch to create its own logistics, in addition to making use of Amazon’s warehousing and delivery services.

“Within the next couple of years, we’ll likely have at least two to four facilities in North America,” Bell said, though he noted pandemic uncertainty meant plans could change. “Maybe one to two in Europe. And then we’ll see how our needs evolve.”

Deals for sellers typically close in about 30 to 45 days, several aggregators said, a short period of due diligence that looks mainly at supply chain integrity and sales data.

At Prosper Show, Flippa, a company that acts as a matchmaking site for those looking to sell their Amazon business and willing buyers, said companies listed on its site had an average of 53 “watchers” — potential acquirers — tracking their performance.

And while early acquisitions have focused on sellers based in North America — and on Amazon — investors have become increasingly keen aggregators looking to buy up global sellers, as well as those building a presence on other online marketplaces, particularly Walmart.

“Amazon’s marketplace is huge, and that’s great,” said Laura Kennedy, retail analyst with CB Insights. “But you do start to run into the challenge that all brands have when there’s one huge player. Are you really gonna put all your eggs in that basket?”

Perch has opened a London office with a handful of employees to be led by former Amazon manager Rahul Shewakramani, and intends to open an office in Germany soon. Thrasio established its presence in Europe late last year and is expanding into China.

Chinese sellers, with their close relationship with manufacturers, are an attractive prospect for aggregators. FBAFlipper, a brokerage that links keen China-based sellers with western buyers, said it was being approached by three to five sellers a day interested in setting up a deal. By the end of the year it expects to have completed deals totalling more than $100m.

But a dip in online sales in some countries as shoppers return to bricks-and-mortar stores has led to some instances of what FBAFlipper chief executive Neo Zheng called “buyer spook”.

“They see the updated numbers, and they’re like, ‘Whoa, we’re going to have to revise the offer here’, which has jeopardised a couple of our deals, unfortunately, or put some on hold.”

The Big Read
After Jeff Bezos: the changing of the guard at Amazon 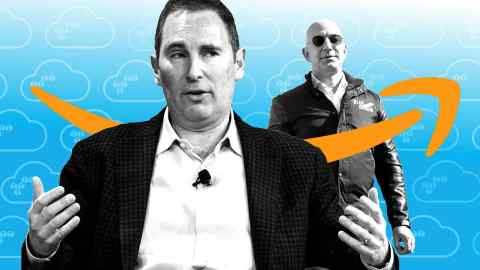 Nor is every Amazon seller ready to take the easy cash on the table, according to Medina. She said sellers remained emotionally invested in the businesses they had built, asking her why the aggregators were so keen to buy their listings from them.

How the crowded field of roll-up companies will fare if online sales dip, and what approach Amazon will take as they grow in size and influence, is unclear.

“It’s an exciting opportunity for sellers that want liquidity and to exit the business for a new adventure,” said Joel Sider, an Amazon spokesman.

But, he added: “We expect the majority of sellers and brands will remain independent and continue to use our store for its scale and reach.”