Denmark, Finland and Norway look at maintaining travel restrictions even as they prepare to open up to others

Denmark, Finland and Norway are debating whether to maintain travel restrictions on Sweden but ease them for other countries as they nervously eye their Nordic neighbour’s higher coronavirus death toll.

Sweden has the highest mortality rate per capita at this stage of the epidemic, according to a Financial Times tracker that uses a seven-day rolling average of new deaths. It has overtaken the UK, Italy and Belgium in recent days.

Frode Forland, specialist director in infectious diseases at the Norwegian Institute of Public Health, told the Financial Times keeping borders closed had “a certain infectious-disease logic” while a big difference in infection rates remained between countries. “The situation is quite different now between Norway and Sweden,” he said.

“Norway, Denmark and Iceland have managed to stabilise their situation, but in Sweden the situation is more alarming,” she said last week.

Sweden’s no-lockdown approach to the virus has attracted international scrutiny and some criticism but it still enjoys significant public support at home. But in recent weeks, as the death toll has fallen significantly in other European countries such as Spain, Italy, France and the UK, Sweden’s has remained stubbornly high.

As of Wednesday, 3,831 people had died from Covid-19 in Sweden, a country with a population of 10m. Denmark, Finland and Norway — which each have about 5m inhabitants — have recorded death tolls of 551, 301 and 233, respectively. Swedish authorities argued that a lockdown and closed borders would bring relatively few benefits at a high cost to public health and the economy.

Coronavirus pandemic
FT coronavirus tracker: has the epidemic peaked near you? | Free to read

Sara Byfors, a leading specialist at Sweden’s public health agency, said she was not aware of the tracker’s numbers. She added: “We are concerned about people dying from the disease. It’s not something we take lightly . . . We keep on working on our strategy. And also in Sweden we see that the epidemic is slowing down.”

Denmark is weighing whether to open its borders with Germany and Norway but not to Sweden. Several opposition parties, which have a majority in Denmark’s parliament, have said the borders need to be opened to help the country’s tourism industry but that the high death rate in Sweden was worrying.

“I don’t believe that Denmark should open its border to Sweden already because the Covid-19 situation is still out of control in Sweden. Denmark has to await a normalisation in Sweden. So this is a rational decision based only on the number of Covid-19 deaths,” Peter Skaarup, parliamentary head of the populist Danish People’s party, told the FT.

Asked about the possibility of the Nordic nations maintaining travel restrictions on Sweden, Ms Byfors said: “That is up to them to decide [as well as] the indicators they choose in relation to the border control. I cannot really comment on that.”

Sweden has not closed its borders and cross-border travel is still allowed in many areas for work purposes including health personnel. Norwegians are allowed to visit Sweden but have to go into 10 days’ quarantine when they return. Norway’s centre-right government will decide in June whether to maintain the restrictions or not.

Dr Forland said the different infection rates between Norway and Sweden would “probably level out” but he also pointed to models showing that the prevalence of coronavirus could be up to 10 times higher in Sweden. 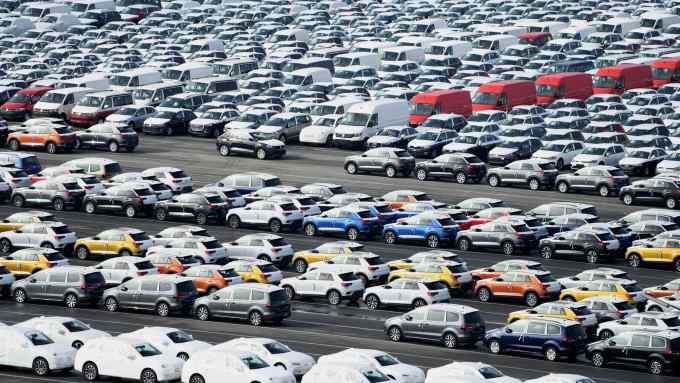