We’ll send you a myFT Daily Digest email rounding up the latest Terrorism news every morning.

UK counter-terrorism police are working with companies including McDonald's, Tesco and River Island on a training programme to help staff to spot early signs of violent extremism in fellow workers.

Under the Home Office’s contentious anti-radicalisation programme, known as Prevent, state employees from teachers to local government workers and healthcare staff are already under a legal obligation to look out for those at risk of radicalisation and report any individuals showing signs of extremism.

The initiative — focusing on a few key areas of the private sector, such as retail, travel and entertainment — is an attempt to address what one senior officer described as a “blind spot”. It is the first time that dedicated training to identify fledgling terrorists has been extended to the private sector. But critics have raised concern that it could lead to some workers being profiled for their religious beliefs and unfairly stigmatised.

Nik Adams, the police officer in charge of co-ordinating Prevent across the UK, said retail staff working in warehouses were of particular concern because they spent time with the same people “day in, day out” with little contact from the outside world.

“In the same way that the internet chat forums can be an echo chamber for particular views, companies have recognised that they could be vulnerable to those sorts of issues internally, if staff work in small teams, in a closed environment with no public visibility or access where people have to manage their own behaviour,” he said.

“They create these echo chambers where vulnerable people could be drawn in to a particular way of thinking . . . there are group dynamics-type issues that could occur.”

He said it was in employers’ interests to take the terrorism threat seriously because of the potential for brand damage if staff were involved in an attack. “We don’t want any company . . . to be landed with a significant reputational risk, as a result of somebody moving into terrorism who happens to be wearing their employee logo-branded fleece or uniform at the point they do that,” he said.

Businesses accounted for only 1 per cent of the 7,318 referrals made to Prevent last year, with the vast majority coming from schools, universities and police forces. Mr Adams said this felt like a “blind spot”, given “how many millions of people throughout the country are employed and in employment . . . [and] the circumstances in which grievances, bullying, disciplinary action could come to light in an organisation, that might indicate somebody holds radicalised, or extremist views”.

So far, Mr Adams and his team have approached “30 to 40” large private employers that are said to be generally positive on adapting their staff training to include a basic awareness of what radicalisation is and advise on how to spot concerning behaviour. The police will provide specialist help to organisations whose employees have access to weapons, chemicals or technology that might be used in a terrorist attack.

Companies are also being encouraged to appoint an extremism representative who can establish contact with local counter-terrorism police to “open a referral pathway” for any individuals thought to be at risk.

Mr Adams is clear that rather than being part of a surveillance culture, employers who are willing to engage on this issue demonstrate a “real, genuine care to the welfare and wellbeing of their staff”.

“And that’s got to have a positive impact in terms of people’s engagement and motivation to do well at work,” he said.

However, critics of the Prevent programme, such as the human rights group Liberty, believe Prevent already infringes civil liberties so would fiercely oppose its expansion to new sectors. “The last thing that should be happening is any further extension of this policy into workplaces and communities,” said Gracie Bradley, policy and campaigns manager at Liberty. 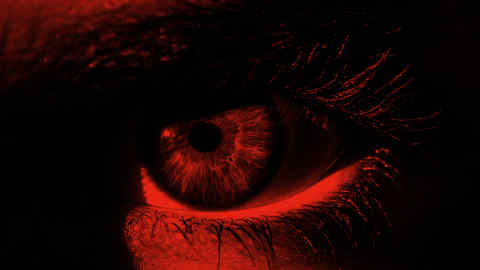 “The issue with Prevent is that it’s about identifying behaviours which are pre-criminal and which may not be problematic at all. I would have concerns that this training would encourage employers to profile people based on their beliefs or perceived beliefs, and that’s not a road we should go down.”

She added that even though companies would be exempted from the legal duty imposed on state employees to report vulnerable individuals, the plans would still infringe on employees’ human rights. “Work is such an enormous part of people’s lives that this new training is very likely to further shrink the space in which people are free from suspicion and surveillance,” she said.

“Warehouse employment is often precarious and workers are already fighting for their labour rights on several fronts, so it will be harder for them to resist the encroachment of Prevent into their workplaces in comparison to workers with better terms and conditions.”

A spokesman for the Muslim Council of Britain, which has consistently accused Prevent of unfairly targeting Muslims, said it was “deeply concerning” that police were extending the policy to “other areas of life”.

“This already unaccountable policy is at risk of deepening the serious workplace religious discrimination already faced disproportionately by Muslims,” the spokesman said.

Get alerts on Terrorism when a new story is published