As more women rise higher in the workforce and evidence grows of the value of diverse teams, an odd and important management paradox is arising: mixed teams can be hell to manage.

It is perhaps more elegantly summarised by Rich Karlgaard and Michael Malone, who examined the research for their book Team Genius: “The most successful teams exhibit diversity in their ranks, but [diverse] teams face serious structural challenges regarding motivation, integration, and co-ordination.”

The process of assembling, running and developing a team is difficult enough without the additional obstacles thrown up by diversity. The temptation for team leaders is always to look for ways to reduce any friction that might hamper progress towards a collective goal. So how should managers strike the balance?

The first step is to understand when a diverse team works better than a more homogeneous group.

Unsurprisingly, a diverse team will be better placed to devise and sell products to a similarly diverse group of customers. A survey for the New York-based Center for Talent Innovation looked at public companies that had “two-dimensional diversity” — that is, by race, gender, sexuality or other inherent traits on the one hand and “acquired diversity”, such as language skills or a global mindset on the other. The survey found employees at “2D” companies were 70 per cent more likely to report capturing a new market in the past year than those at less diverse companies.

More broadly, diverse teams can outperform even “star” performers from similar backgrounds because of the power of “collective intelligence”, identified by researcher Anita Williams Woolley at Carnegie Mellon University and others. Collective intelligence turns out to trump the average intelligence of individual team members and is enhanced by the presence of more women in a group, whose social sensitivity helps the team cohere. 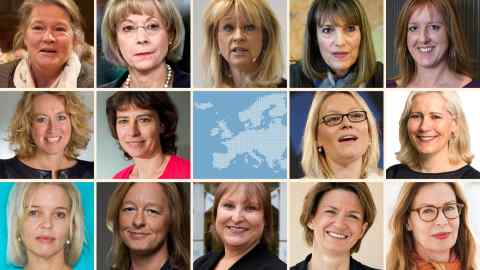 On the other hand, teams from similar backgrounds or of the same gender perform better at tasks that involve implementing existing solutions.

In her new book What Works, Iris Bohnet, the author and behavioural economist, includes a cheat sheet — based on classroom discussion on how to form effective groups — that starts with the insight that “if a task involves co-ordination, say the provision of a public good like clean water or better healthcare, homogeneous groups can be helpful”.

If the team is solving individual problems, she advises, take account of the influence of different groups. So, for instance, boys benefit if they are in a class with an over-representation of girls, who are more likely to apply themselves and less likely to disrupt the lesson.

Conversely, collective problem-solving can require a heterogenous group, Ms Bohnet writes, with women often providing vital listening and bridge-building skills. Her caveat: mixed teams work only when a critical mass of the minority is present — perhaps making up at least a third of the group. “If you start out with a population of, say, 20 per cent men and 80 per cent women and then want to create work teams, do not allocate people proportionally,” she writes.

“Instead, form a few balanced teams and assign the rest of the women to all-female groups.”

Such design problems are hard to correct in large organisations. The CTI research on 2D diversity and innovation found that even when diverse teams came up with innovative ideas and products, they were often stifled by more homogeneous groups that persisted higher up in the organisation. 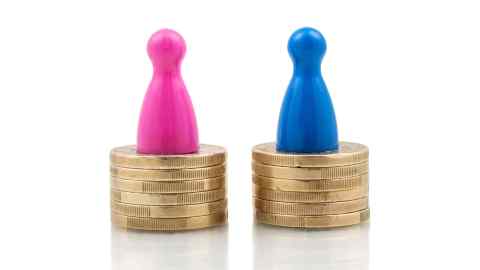 If this were not complicated enough, emerging research suggests that even these established studies of diverse teams may have been skewed by our inability to assess diversity accurately. Participants in an experiment run by Stanford researchers judged their team was more gender-diverse if its members were wearing different coloured T-shirts. The catch was that all the teams had the same male-female mix. This matters, because a manager who thinks for the wrong reasons that his or her team has differing skills, attitudes and backgrounds, may assign it a collective or creative task that it is ill-equipped to carry out.

Even those who advocate a more gender-balanced workforce suggest that team formation will involve a trade-off between tension among members and improved performance. Mr Karlgaard and Mr Malone refer to the “cost-benefit analysis” team leaders need to make as they try to enhance teams while avoiding the risk of friction.

In the same vein, Ms Bohnet writes that “for gender diversity to increase group performance, you need team members whose different perspectives add value while keeping the cost of co-ordination as low as possible.”

What seems clear is that as teams become more diverse, and more willing therefore to express their sometimes conflicting views, organisations will need to develop better, more active, more sensitive managers to run them.