Christophe Van de Weghe, the fair’s chairman of Modern, discusses the challenge of luring the next generation of buyers

The Tefaf Maastricht art fair has long enjoyed a reputation as the most prestigious commercial gathering for lovers of fine and decorative art made well before the 20th century. At this year’s 32nd edition, however, much of the energy among the 279 exhibitors will come instead from the unlikely corner of Modern and contemporary art, thanks to the efforts of the New York power dealer Christophe Van de Weghe. “Maastricht is the Mecca of art fairs but, by international standards, the Modern section just wasn’t good enough,” Van de Weghe says.

With this in mind, he became chairman of the category after last year’s fair and, together with a selection committee of other dealers in the field, helped upgrade its 57 exhibitors with an impressive list of 14 Modern and contemporary newcomers. These include Pace, Simon Lee, Max Hetzler and Sprüth Magers, while other galleries return to Maastricht — in the case of Gmurzynska, after a 17-year break.

The plan, Van de Weghe says, is to swell the fair’s visitors with the more plentiful buyers of Modern art, and turn them on to high-quality older works that could complement their taste. It’s a cross-collecting trend that other fairs, such as Frieze Masters, have also tapped into and it mirrors Van de Weghe’s own collecting habits.

“I’ve been showing at Tefaf Maastricht for more than 10 years and, little by little, I’ve got to know the dealers in Old Masters, in coins, in Greek and Roman art, and I’ve started to mix.”

His personal purchases have included a painting by Tintoretto and, in his New York home, he has paired a Picasso painting with a Corinthian helmet that he bought from the fair. “It’s about extending horizons,” he says.

But why, when there are so many other fairs for Modern and contemporary dealers, would galleries throw their weight behind yet another event to help draw in buyers of other categories?

For a start, “Christophe is impossible to say no to,” says Marc Glimcher, president of Pace. He was also persuaded by the opportunity to come to the Netherlands, which has “an entrepreneurial economy that we want to be a part of.” Plus, Glimcher adds, it offers an ideal place to show a selection of early works by the Dutchman Piet Mondrian that come from the collection of his legendary dealer Sidney Janis.

Amazingly, the globe-trotting new exhibitors were not put off by Tefaf Maastricht’s two-week run (including VIP days), which is a considerably longer commitment than most other fairs on the circuit (these generally last about five days all in). “I’m never even in New York [his home town] for that long,” Glimcher jokes.

Max Edouard Hetzler, who co-runs the family’s Berlin and Paris gallery in London, sees the duration of the fair as a potential advantage in a crowded calendar. “The pace that people look at things will be different, which could allow for more meaningful conversations,” he says. His gallery brings works by a selection of its artists, including Edmund de Waal, Raymond Hains and Günther Forg.

Hetzler says that a successful showing at Tefaf’s New York event last May helped bring him on board in Maastricht. Indeed, while Tefaf’s launch in 2016 of two smaller fairs in New York (one for older art, one for Modern and contemporary) may have subsequently created some legal wrangles with their minority owners, Artvest, these fairs have successfully introduced the brand and its luxurious trappings — think gorgeous floral displays, champagne and oysters — to a new audience. The hedge funder Daniel Loeb, whose investments through Third Point include a 12 per cent stake in Sotheby’s, visited the fair in New York “almost every day”, Van de Weghe says.

“The New York fairs have shown a slice of what Tefaf is about. They made my clients say: ‘Woah! I want to see the mothership,’ ” he explains.

In an event-driven marketplace, making Maastricht a destination is all-important. The fair is working with the city, as well as the MECC convention centre that hosts it, and the Limburg provincial government, to upgrade the transport links and hotels to suit an increasingly jet-setting clientele. Such investment is a slow burn but seems to have scotched rumours that the fair might move to a better-connected city such as Amsterdam or Brussels.

Ringing the changes at an established art fair is never an easy task, but many of Tefaf’s longer-standing exhibitors see the latest efforts as an enhancement rather than a dramatic adjustment. “Tefaf has always been a cross-collecting fair,” says the maps and rare books dealer Daniel Crouch. Others, who themselves have a mixed category offering, see the move as part of a wider trend. “We are happy to see the fair embrace these new perspectives in collecting,” says Ben Tomlinson of Robilant + Voena.

Behind the shift is the reality that taste is changing as a new generation comes into the art market.

“Interest today seems to be more driven by the aesthetic than the academic — things that look instantly good in a photo — so it can take more time to drum up enthusiasm for, for example, 18th-century furniture or bronzes,” says Dirk Boll, president of Christie’s in Europe, the Middle East, Russia and India.

Van de Weghe sees this dynamic as precisely where Tefaf fits in. “Going to Maastricht is like going to a museum,” he says, “except you can also ask lots of questions.”

Highlights: a selection from Tefaf Maastricht

Following a fine annual run, the 2019 loan show at Tefaf Maastricht displays 23 works from the Dresden State Art Collections. Its highlight, Rembrandt’s 1635 “The Abduction of Ganymede” (above), shows the infant carried off by Zeus in the form of a giant eagle. The child’s terror is palpable — he’s so frightened he is urinating — and the picture’s emotional realism has not always found favour. In 1915 the expert Hofstede de Groot decided that Rembrandt’s aim was “to burlesque the mythological subject, for he has represented the beautiful Ganymede as a great lubberly child with a blubbering grimace …” Today’s viewers are more likely to see the work as an image of mortality, rather than a homoerotic kidnapping of the “loveliest born of the race of mortals”, as Homer’s Iliad has it.

The exhibition presages the reopening at the end of the year of Dresden’s Paraderäume and Semperbau museums, where these works will have permanent homes.

Explore the series
READ MORE
Divine provenance: why we should care where an art work comes from 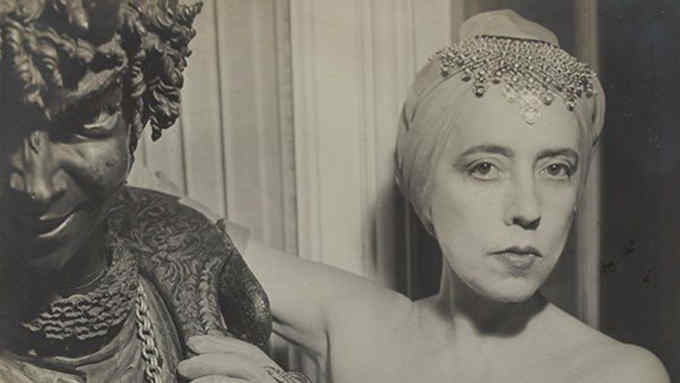