How To Spend It Fashion

On the morning of 21 November 2010, an unlikely group of activists prepared to change history. Their mission? To protect the world’s tigers, whose numbers had fallen to just 3,200. The 2010 Tiger Summit held in St Petersburg was the first of its kind, uniting leaders – including Vladimir Putin – from the 13 countries where tigers are found with scientists, conservationists and celebrities such as Leonardo DiCaprio, who donated $1m to WWF. What resulted was the biggest commitment to the species yet: a pledge to double the number of wild tigers by 2022, also known as TX2.

Ten years on, the official count of wild tigers is up by 700. “That might not sound like much,” says Jenny Roberts, director of development for WWF’s Tigers Alive Initiative, which has helped implement the project since its inception. “But in the conservation world, a species coming back from the edge is rare, especially if it’s a large predator.” The next two years will be critical. Although numbers have improved in India, Nepal, Bhutan, Russia and China, the tiger is functionally extinct in Laos, Vietnam and Cambodia, with Malaysia expected to follow if “stronger action isn’t taken”.

To accelerate the mission, Roberts needs three things: sustained government action in tiger-range countries; an end to the demand for tiger products; and support from players in the private sector. Cue Kenzo’s latest charitable initiative: a capsule collection launched in partnership with WWF.

Designed by creative director Felipe Oliveira Baptista, who took over from Carol Lim and Humberto Leon last July, the collection consists of 18 unisex pieces – T-shirts, sweatshirts and hoodies – priced between $155 and $495. Each will bear the brand’s celebrated tiger motif, which will evolve with the seasons until the end of 2022. For every item sold, Kenzo will donate $10 to the TX2 initiative.

How To Spend It
‘Let’s understand the ocean through art’ 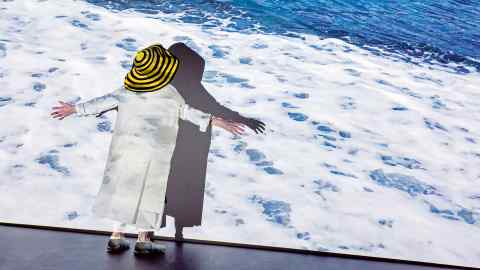 But the collection’s value isn’t purely monetary. Each item is made from 100 per cent organic cotton certified by the Global Organic Textile Standard, which uses around 88 per cent less water and 62 per cent less energy than regular cotton. “For everything that we do, we try to think about how we can do it in a more sustainable way,” Baptista adds, pointing to the brand’s use of plastic-free and recycled polyester packaging.

It’s also a matter of impact. The global demand for tiger parts – bones, pelts, penis – is still ubiquitous. But with strongholds around the world, the reach that Kenzo has through its audience, including 1.9 million Instagram followers, is “critical”. “There’s going to be a lot of momentum as we reach the end of the TX2 goal,” Roberts adds. “We’ll be pushing for new commitments from governments, and Kenzo will help broaden our reach.”

Kenzo’s relationship with the tiger can be traced back to “Jungle Jap”, the Paris boutique that Kenzo Takada founded in 1970. Inspired by the wilds of his homeland, the designer established his brand’s aesthetic on Japanese flora, fauna and the perilous mystery of Henri Rousseau’s jungle paintings. It was Takada’s collection of early sketches that Lim and Leon consulted before introducing the tiger sweater for the autumn/winter 2012 collections – a design met with huge demand. “The tiger is part of Kenzo’s DNA,” affirms Baptista. “But you can’t just be about nature – you have to be for it as well.”

How To Spend It
Why ZSL needs your help 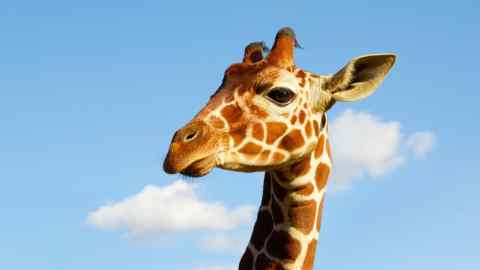 Baptista views the collection as something of a debt. “The fashion industry has played its role in the abuse of the planet’s resources,” he says. “This is payback.” Roberts agrees. “Brands have used tiger skins and, more recently, their patterns for generations,” she argues. “They need to give back to the things that they have gained from.” One of the biggest threats to the tiger is the strain on its habitats – ecosystems that supply both people and nature with fresh water and food. As a keystone species, tigers control everything below them in the food chain. “Without them, those areas are impoverished and out of whack.” If these areas are protected – a key element of WWF’s work – not only will tigers be able to breed safely, but we ourselves “can be sustained through what those areas provide”.

For the first iteration, Baptista has kept the design to a simple line drawing, with colours limited to blacks, greys and oranges. “We wanted it to appear like a manifesto,” he explains. It’s a new direction for the motif, which has been captured in bright neons in the past. But Baptista’s version has a quiet strength. Much like tigers themselves.