On a mission to save the climate with legal knowhow

When the dotcom bubble burst 20 years ago, Susan Mac Cormac, a corporate lawyer at US law firm Morrison & Foerster, was asked by her mentor to devise a plan to generate new business.

Mac Cormac, who had recently made partner at the tech-focused firm, pitched an idea inspired by people she had met through her husband, who worked at San Francisco’s Presidio national park.

“My plan was helping companies become more environmental. And [my mentor] looked at me and said ‘I don’t see any money in that’,” says Mac Cormac. But she made a convincing case that the effects of climate change would “fundamentally impact business”, and was soon pursuing the idea.

Early efforts were pro bono projects for non-profit organisations. But the number of paying clients gradually picked up, and Mac Cormac has built a career around helping investors make greener decisions and integrating sustainability into corporate deals. She chairs two practices: energy, and social enterprise and impact investing.

Most people viewed my focus on climate and sustainability as ‘good stuff that I did on the side’, not ‘real’ corporate law work

Until recently, however, “most people viewed my focus on climate and sustainability as ‘good stuff that I did on the side’, not ‘real’ corporate law work,” she says, speaking from her home in San Francisco. “Now, almost all mainstream companies want to focus on it.”

There have never been so many opportunities to work at the intersection of climate and the law. As well as the growing number of lawsuits aiming to hold governments and companies to account for environmental damage, lawyers can play key roles in designing innovative funding models for green projects, adding climate-related conditions to deals, and helping companies develop sustainability policies.

At the same time, law firms and legal teams — and professional services groups, generally — face growing scrutiny from activists, potential clients and employees about their own climate-related responsibilities. With banks and asset managers under pressure to divest from the fossil fuel industry, law firms will increasingly have to consider the work they take on.

A growing cohort of lawyers is “deeply uncomfortable with the profession’s role in facilitating the expansion of the fossil fuel industry,” says Brynn O’Brien, a former corporate and human rights lawyer, and now executive director of shareholder advocacy group the Australasian Centre for Corporate Responsibility (ACCR), based in Australia. Law firms that are not prepared to grapple with the issue risk losing “the best and brightest junior lawyers”.

In 2021, we’re going to see the targets of litigation [against businesses] expand beyond fossil fuel companies

Litigation is the most visible legal avenue for tackling climate-related problems. In 2019, the Dutch Supreme Court upheld a landmark ruling that the government of the Netherlands had a legal duty to prevent climate change, and ordered it to slash its greenhouse gas emissions. Similar cases filed against other governments followed, and a growing number are being brought against businesses for their role in adversely affecting climate.

Kristin Casper, interim general counsel and senior legal counsel for strategic litigation at Greenpeace International, says it is only a matter of time before a company is successfully sued for its role in contributing to climate change.

“There will be one soon,” says Casper, who is based in Boulder, Colorado. She started out as an environmental activist before going to law school to gain another “tool” for bringing about change. “In 2021, we’re going to see the targets of this litigation expand beyond fossil fuel companies”.

There are also wide ranging opportunities in corporate law, as Mac Cormac’s career shows. She focuses on late-stage financing and helps facilitate “impact investing” — which aims to do good alongside generating returns — and she says she has developed creative ways to channel investor money to climate-friendly projects.

One examples is designing housing investment funds that include philanthropic capital, to facilitate the construction of low-income, energy efficient homes. Another is helping The Nature Conservancy, a non-profit organisation, create “pop-up wetlands” by paying farmers to flood their fields, off-season, in California’s Central Valley.

Mac Cormac has also advised clients on changing their corporate structure to enable them to balance fiduciary duties against a social or environmental purpose. Recently, she has developed and adapted that work to help small businesses access funding after the Covid-19 pandemic first hit in 2020. Morrison & Foerster has dedicated more than $1m in pro bono work to the California Rebuilding Fund.

Shareholders can also use corporate law to push for change. O’Brien started out as a commercial lawyer at Mallesons Stephen Jaques, which gave her an understanding of “the system and the language [of corporate law],” and how it could be used to hold companies accountable.

Her work at the ACCR has included using shareholder resolutions to press companies to break ties with lobby groups, such as the New South Wales Minerals Council, that many argue stand in the way of climate progress.

But when it comes to law firms’ own actions on tackling climate risk, who they should work with is not a straightforward question.

Mac Cormac says lawyers should help companies transition to cleaner business models, but must be transparent and selective about the work they accept. They should not, for example, help companies avoid making climate disclosures.

Greenpeace’s Casper says everyone is entitled to legal representation, but law firms should advise clients “to do the right thing” for the environment — which would help them avoid future climate-related litigation.

O’Brien adds that lawyers, like institutional investors, have “an important stewardship role”. Law firms should outline clear rules about what they are prepared to do for heavy polluters, and how climate objectives can be incorporated into their operations, she argues.

“Were I a law firm managing partner, I would absolutely be looking to differentiate myself in that way . . . I hope that some young lawyers read this and think, ‘I can have this conversation with my managing partner.’” 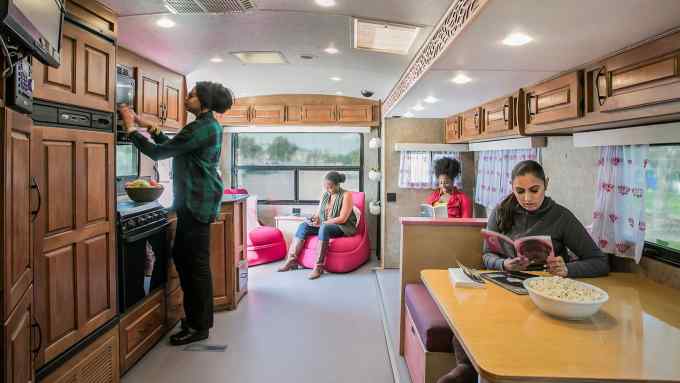