Workplace culture is a ‘rude awakening’ for new graduates

Ingrained hierarchy and lack of recognition drive away young recruits

As an in-house designer at an architecture firm, a few years after graduating, Nasim Köerting remembers working overtime to put together a design proposal for a restaurant interior. A senior colleague took the proposal from her and presented it to the client himself.

“I was shocked. I don’t understand how he managed to present it [having] never seen the design before,” says the Australian, now in her early thirties and head of design for UK co-working pioneer The Office Group.

“It jarred with the naive expectation that you’ll find a manager that wants to see you grow. At university, your lecturers all know you and they want you to do well.”

New graduates starting jobs with high expectations often struggle when they are met with the realities of workplace dynamics, especially if they receive little acknowledgment for their ideas and contributions.

Business degrees and courses mis-sell the idea of a modern company as ‘weblike’ . . . and encouraging engagement from workers of all levels

Lack of opportunity to progress is increasingly a reason that young people leave their place of work, according to US research firm The Work Institute’s 2019 Retention Report. The report found that 30 per cent of US millennials quitting their jobs left for “career development” reasons, compared with 10 per cent of baby boomers.

After similar experiences in two different workplaces in Sydney and London, Ms Köerting felt frustrated by the inflexible working hours and not owning her work. She left to run her own design studio for two years before joining The Office Group. Now, in her senior role, she says her contributions are valued.

Overly hierarchical company structures that do not empower young workers can be a “rude awakening” for new recruits, says Claire Raines, co-author of Generations at Work. Business degrees and courses mis-sell the idea of a modern company as “weblike in the way they handle leadership and assignment [and] encouraging engagement from workers of all levels”, she says, as if a flat structure with connections between people of varying seniority were standard. “They stay until they find something that looks better, and then they move on.”

Ezinne Edomobi worked in global banking and markets at a top tier bank before completing an MBA at the London School of Economics. She had been disappointed by the bank’s work culture. “It was toxic, there is always someone trying to undermine you — I think it is banking and how it is structured,” she says. “It is very bonus-driven and about one-upping someone else.”

She learnt more about company hierarchies in her business course, such as the concept of “power distance” — how power is distributed in an organisation — and how certain countries favour more or less hierarchical structures.

A module on organisational behaviour touched on the cut-throat nature of some companies but it was only when she switched industries, from banking to renewable energy, that she realised this “was a culture, not the norm . . . I realised you don’t have to work in this type of environment.”

At German energy company Eon, it was a completely different culture. “I could say ‘hey’ to a senior executive; or my senior director would offer to book a meeting room for me. That is how flat the structure was,” says Ms Edomobi, who is in her mid-thirties and recently left Eon to join a small energy consultancy. “In London, it was much more hierarchical: managers had lunch with managers, analysts had lunch with analysts.”

Malcolm Harris, author of Kids These Days: Human Capital and the Making of Millennials, found during his research that many young people coming out of university know what they are preparing for, but “whether they are willing to accept their work conditions is another question”.

“Workplace ‘reality’ is a bludgeon that bosses use to attack their workers’ standard of living, when the real reality is that work conditions are up for dispute,” he says, adding that salaries for younger workers should in many cases be higher.

When she was considering a job offer from the Economic Policy Institute, a think-tank in Washington DC, Julia Wolfe hesitated because she would have to take a pay cut. But because she was keen to work there, she accepted the $41,000 starting salary.

To negotiate a more reasonable salary for herself and other entry-level recruits once she had joined, the 26-year-old worked with the Nonprofit Professional Employees Union (NPEU) to establish a wage floor — a minimum starting salary — of $47,800 for all employees, and wage ladders to help track their progression.

“I think a lot of these inequities happen when you first start out in the workforce and then they compound later on, so we want to sort them out off the bat,” she says.

Looking back, Ms Köerting reflects that her early work experiences should not be the “reality” for recent graduates. Managers need to encourage progression both by nurturing talents, and by taking their colleagues seriously, she says. “If your contribution is important, that is empowering.” 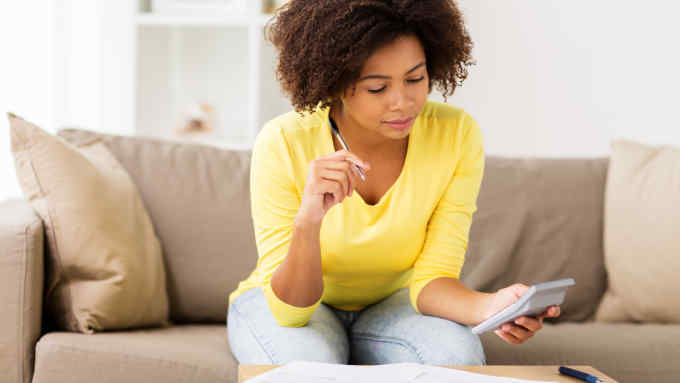 Why workplace culture is a shock to new graduates. Plus: simple rules for managing your money; look more confident in front of colleagues; career plans v no plans; avoiding burnout from overwork; and getting ahead with a side hustle