It reads like the plot of a bad thriller — a Chinese billionaire sits with his entourage of female bodyguards in his apartment in the Hong Kong Four Seasons in the early hours of Chinese new year’s eve. The women are employed not only to protect him but also to wipe the sweat from his brow and back.

Suddenly, half a dozen public security agents from mainland China burst in, overpower the bodyguards, bundle the billionaire out of the luxury hotel and spirit him across the border to face the wrath of the Communist party.

But this is not the script for a kung fu potboiler. The billionaire is Xiao Jianhua, one of China’s most politically connected and wealthy men, and his abduction from the heart of Hong Kong’s financial district last Friday has shaken the city to its core.

When the UK handed the former colony back to China in 1997, Beijing guaranteed Hong Kong a “high degree of autonomy” for 50 years and left the territory’s independent courts, free press and efficient bureaucracy mostly untouched.

One of the cardinal rules of the arrangement is that no law enforcement agencies from outside Hong Kong, including those from mainland China, are allowed to operate inside the territory. Coming a little over a year after Chinese agents abducted five Hong Kong booksellers for publishing embarrassing books on the private lives of Chinese leaders, this latest breach of Hong Kong law is a terrible blow to the city’s credibility.

Either the Hong Kong government and security services were complicit in the snatching of Mr Xiao or they were negligent in allowing it to happen right under their noses.

Hong Kong’s status as a global financial centre has now been damaged even more than it was by the case of the missing booksellers. In that case, international businesspeople, bankers and indeed journalists could perhaps console themselves with the fact these were small-time publishers scraping a living from unproven rumours about Chinese politicians. But Mr Xiao is worth $6bn and his political connections include close ties with at least three “princelings” (as the children of Communist party leaders are known). At one point, he even bought a company from the sister of Chinese president Xi Jinping.

Senior executives from numerous western companies, including GlaxoSmithKline, Rio Tinto and Crown Casinos in Australia, have been detained in mainland China in recent years on sometimes dubious charges that were clearly aimed at pressuring their companies and setting an example to others in their industries.

Until now, Hong Kong has been regarded as a haven from arbitrary police and judicial action, but global companies will have to reconsider this in the wake of Mr Xiao’s disappearance. In mainland China itself, his abduction will send a chilling message to the super-wealthy, who already believe Mr Xi has launched a war against them. It will also accelerate the pace of capital flight. 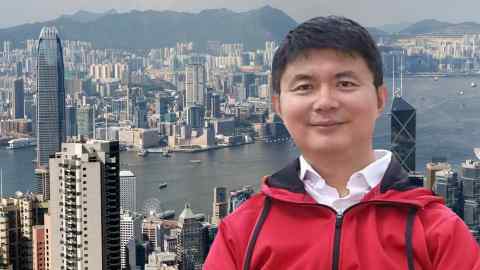 Several years before Donald Trump, the blue-collar billionaire, took power in Washington, Mr Xi launched his “populism with Chinese characteristics” targeting corrupt officials and the billionaire class that nestled beside them under the carapace of crooked Leninism. The son of a top party official, Mr Xi has presented himself as a blue-collar princeling and his war on the wealthy has gone down well with the masses. Mr Xiao appears to have known the potential danger he was in. He was ranked last year as the 32nd richest person in China by a prominent annual rich list, which some refer to as the “death list” because of how many people on it end up in prison. (Compilers of that list say they initially calculated Mr Xiao was the richest person in China but he responded by strenuously arguing he was much poorer than he appeared.)

It is unclear exactly why Mr Xiao was taken from Hong Kong in such a brazen operation. It is possible he will reappear in a few days and claim it was all a misunderstanding. But there is no question that already this incident has sent the message that nobody is safe from the long arm of the Chinese state.

Some who know Mr Xiao believe his abduction is a warning to one of the political factions he was close to or that he knew too much about the business dealings of top Chinese leaders. Others believe the party may try to nationalise his significant holdings in major financial institutions.

As one person familiar with this case put it: “Most Chinese billionaires are like geese — they get fat on their political connections and close ties to party leaders, but at some point the emperor decides he wants to eat foie gras.”

Do we really want a world order led by China? / From Vijay Dandapani, New York, NY, US