Returns at Nigeria’s top banks are running at levels that their European counterparts can only dream of, and the country’s biggest lenders are eyeing up an opportunity from the 60m citizens without bank accounts.

But according to Ronak Gadhia, an analyst for investment bank EFG-Hermes, the pool of investors who want to own Nigerian lenders is shrinking. “There used to be quite a few supporters,” he says. “Now, it's very hard to get a client to pick up when you are calling to discuss Nigerian banks.”

Some investors are averse because of wider conditions in Nigeria. The country’s currency value is volatile, with a central bank that props up the naira, before sudden devaluations, as happened in March and July. Nigeria has currency controls, adding to investors’ concerns about unpredictability and getting their cash out.

When it comes to banks, the main source of investors’ caution, says Mr Gahia, is a belief that the average 19.5 per cent return on equity enjoyed by the big-six Nigerian banks in the first half of the year masks the true state of their finances and outlook. 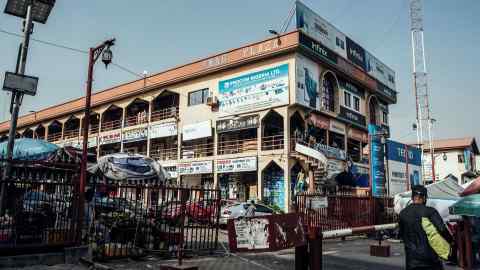 The “cost of risk” for the six, which measures their credit charges flowing through banks’ income statements as a percentage of their total loans, was just 1.6 per cent for the first half of 2020, far lower than the 5.3 per cent EFG analysts predicted for the full year. The low charges were at odds with the Covid-19 pandemic, which locked down Nigeria’s biggest states at the end of March and ended international and domestic flights, driving the country into its worst recession in more than a decade.

Nigeria, where the oil sector accounts for about 9 per cent of economic output, but about three-quarters of export revenues and nearly all foreign exchange, also had to deal with record low oil prices, caused by both the pandemic and an oil price war between Saudi Arabia and Russia.

“2020 has been a very challenging and I guess I should say unprecedented year as we continue to deal with the health, financial and economic impacts of the Covid-19 pandemic,” UK Eke, then group managing director at First Bank of Nigeria, told investors on an analyst call on August 3, describing the “monumental contraction” in economies across the world.

Still, the bank, which is the country’s third-largest lender by assets, grew pre-tax profits by 56 per cent in the first half of the year, as a modest increase in loan losses was more than outstripped by a surge in interest revenues, largely from treasury activities, which benefited from volatile markets.

Other Nigerian banks reported a similar trend. Rating agency Fitch warned in April that Nigerian banks were at “severe risk” from the oil price slump and the pandemic. Mr Ghadia says banks’ “significant exposure” to the oil and gas sector was so far proving “more resilient than most other parts of the (loan) book”.

After that crash, he says banks insisted upstream borrowers, a category that includes the companies who search and drill for oil, had hedges in place to protect them from falling oil prices.

The hedges, which take the form of derivatives contracts and allow the companies to lock in a guaranteed oil price by paying a fee, now reduce the chance of banks having to take provisions for losses on those loans.

Still, Taiye Ayandibu, head of investor relations at Nigeria’s largest lender Zenith Bank, said his institution was “concerned” about oil and gas loans even though 90 per cent of their upstream borrowers have hedges in place.

“Most of the hedges will mature towards the end of this year into early next year and if prices remain depressed, it will become more expensive to buy new hedges,” he said.

Mr Ayandibu is more optimistic about his bank’s overall loan book, particularly the loans which have been restructured through the pandemic. In March, the central bank gave lenders permission to offer temporary easings to borrowers affected, without forcing them to take provisions or classifying the loans as non-performing.

“Most of the restructurings were done due temporary cash flow issues while the assets are still good and producing,” Mr Ayandibu says, adding that he did not expect them to become non-performing. Data from Nigeria’s central bank show 41 per cent of loans were classed as restructured by June 20. This month, rating agencies turned more positive on the sector. Fitch has recently taken a clutch of Nigerian banks, including Guaranty Trust Bank, Zenith and United Bank of Nigeria, off its watch list for a possible downgrade. In its note on Guaranty, Fitch said pressures on the bank’s loan books had “significantly eased” since March when it was put on ratings watch negative. The improvement stemmed from developments around restructured loans and because of the banks “own debt relief measures”, Fitch says.

In the long term, Mr Ayandibu says there is a “massive” opportunity for his bank and others to grow their business by tapping the population of adults in Nigeria without bank accounts.

“In the last few years, we have grown our customer base astronomically through our retail drive; from 7.8m in December 2018 to 11m in June 2020,” he says.

This article is part of Nigeria at 60, an FT special report published in the Financial Times on Thursday 29 October and online at ft.com/nigeria-60. 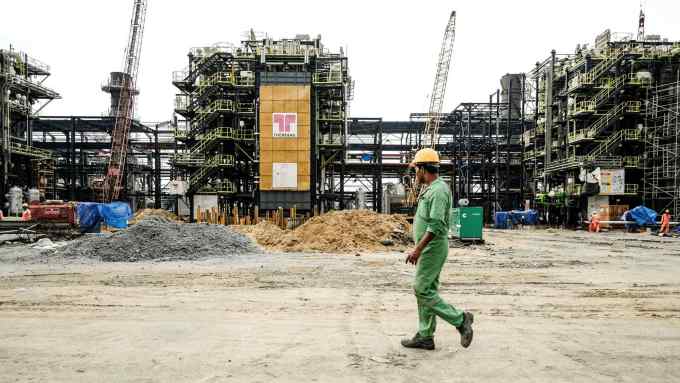