Investing in education hinges on smart measuring of impact

Honoris United Universities — a network of private higher education institutions seeking to raise skill levels across Africa — could have been a standard for-profit investment. But Actis, a UK-based emerging markets investor, backed it with the aim of ensuring a special focus on social impact.

“Honoris is the first private education platform that is pan-African,” says Shami Nissan, head of responsible investment at Actis, which in 2004 was spun out of the UK government’s development finance arm, the CDC Group. “It provides high quality affordable education to young Africans to be future leaders and entrepreneurs and to stall the brain-drain of talent going elsewhere.”

Her company,which has signed up to the UN’s principles of responsible investment, has been developing an “impact multiple” methodology, designed to identify, measure and track wider benefits of its work. She says measuring the extent of impact “is a big thing for investors now. There are millions of databases that tell you about impact but we are looking for relative impact.”

“Gone are the days when you could sell a project with the quality of your narrative. You need evidence to show intentionality: you must have a plan to increase the impact from day one rather than offering ‘impact washing,’” Ms Nissan says, in a reference to the misuse of social impact investment for the purpose of public relations.

She points to Actis’ priority at Honoris in ensuring the employability of its graduates by measuring the proportion who find employment within six months of finishing their studies — 75 to 100 per cent depending on the institution.

We are looking for accessibility, affordability and quality

Actis has been able to use its expertise in a far wider range of investments across Africa to help identify skills gaps and influence courses and curricular, including construction skills. But it has also emphasised diversity, with targets around access and affordability through financial aid for those from lower income backgrounds, or people marginalised for other reasons — women, the disabled and those from indigenous communities. Online courses also help ease barriers for learning.

“We are looking for accessibility, affordability and quality: things like the socio-economic background of students that won’t fit with [the profit-focused criteria] used a standard investment committee,” she says.

Honoris, established in 2017, remains a work in progress when it comes to consolidating and enhancing the work of the universities in its network. Like other examples of impact investment in education, there is also an element of “cherry picking”, a focus on private funding, post-school education and activities in countries which are more developed, such as South Africa or Mauritius.

Such focus on the best detracts from the biggest educational challenges in need of attention and capital — in public sector institutions, poor countries, and among much younger children where greater support is critical for them to reach their full potential.

As Mukesh Sharma, co-founder and managing director of Menterra Venture Advisors, an investor and consultancy in Bangalore, in October told the Global Impact Investing Network’s annual conference in Paris there are multiple difficulties in linking impact investors with projects in the Indian sub-continent and elsewhere.

First there is the “sector gap” — the fact that there are fewer projects in education than in other areas such as microfinance, agriculture or climate change. Then there is the “stage gap” — the mismatch between the modest scale of many educational entrepreneurs and the higherminimum investment thresholds of many investors.

A final mismatch is the gap between rural areas, where the needs are greatest, and urban centres, where a bigger concentration of people makes for larger returns. “Investors are looking for the perfect deal and want to tick all the boxes,” he says. “But there is not enough work to create a pipeline.”

Others argue that while a number of funders are active in supporting individual schools or technologies with potential social impact, far fewer rigorous studies have yet demonstrated a system or approach that can be scaled up for affordable and equitableimpact beyond small pilot projects.

Pierre-Alain Masson at Seedstars, a Paris-based technology-focused impact fund, concedes that developing an effective business model for impact investing in education is not easy.

“The challenge is monetisation. The need is huge in schools but capturing the value in emerging markets is extremely difficult unless you can work with governments,” he says. “It is easier to monetise closer to the job market.”

His investments include Eneza Education, a “virtual tutor” in Kenya which uses technology as basic as SMS text messages to offer lessons to school children; and BoraKids, which teaches coding.

A bigger challenge comes from critics who question whether impact investing is even suited to education. Simon Franks, a British entrepreneur believes support programmes should operate under national governments, with an initial injection of philanthropic funding.

“Impact investing falls between two things: it’s neither a grant nor a business,” he claims, having founded the Franks Family Foundation a decade ago to support schools in South East Asia with small grants calculated on a per student basis. “I think you would do better to make money and then give it away in education.” 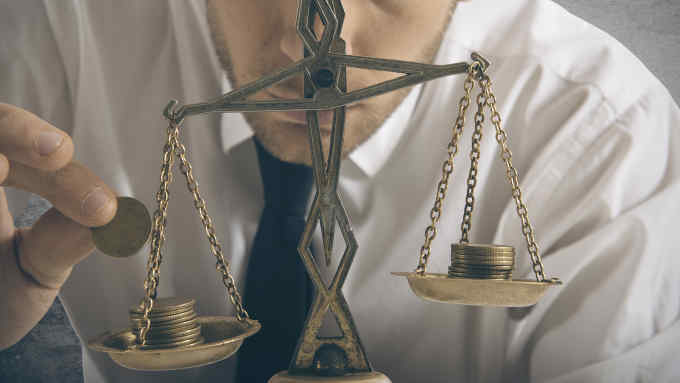