Cathie Wood’s flagship Ark fund is on the cusp of being overtaken by Warren Buffett’s Berkshire Hathaway in the post-pandemic performance table, reflecting a dramatic shift in fortunes between the two prominent investors.

Ark Invest’s Innovation exchange traded fund — known by its stock market ticker ARKK — smashed most of its competitors in 2020, thanks to Wood’s aggressive bets on high-growth, disruptive companies like carmaker Tesla. That attracted billions of dollars from investors, lifting Ark Invest’s overall assets to a peak of $61bn early last year and helped make Wood the face of the bull run.

However, many of Wood’s biggest bets started sagging last year, and have this year tumbled further in a violent pivot towards cheaper stocks in often less glamorous, old-fashioned or otherwise out-of-favour industries.

Meanwhile, Berkshire Hathaway’s shares have continued to climb steadily, narrowing the performance gap between Buffett’s investment conglomerate and the Ark Innovation ETF since the start of 2020 to just 8 percentage points.

The relative performance of the two fund managers has been particularly stark this month, with Berkshire’s stock climbing around 2 per cent since the start of January even as Ark’s biggest ETF has slid 24 per cent. ARKK has now tumbled 43 per cent from the beginning of 2021 to Friday’s close, while Berkshire Hathaway is up 34 per cent.

Wood’s Ark Invest ETF and Berkshire Hathaway are often seen as prime examples of two very different investment styles — growth and value respectively. The reversal of their share prices reflects a jarring rotation between the two tribes in recent years.

The start of 2022 has been particularly tough for often-unprofitable technology growth stocks favoured by Wood, and buoyant for the steadier equities that are the hallmark of Buffett’s investing style. The power of the shift has raised eyebrows across markets and triggered speculation that a new market environment is looming.

“Does the violence of [the] rotation suggest regime change is upon us and a sustained reversal in the performance of growth versus value is under way?” Wellington Management’s analyst team mused in a recent note.

Growth investors look for companies that may not be profitable but are expanding rapidly, often found in hot sectors like technology. Value investors are more price-sensitive, and often look for bargains in dowdier or beaten-up industries — such as energy and banking recently.

The improving economic growth outlook and central banks shifting to a more hawkish position on inflation — led by the US Federal Reserve —have been the primary triggers for the investor rotation from growth to value. Value stocks are typically found in sectors that benefit from stronger growth and higher interest rates, while the allure of growth stocks dims somewhat in such environments, analysts say.

Many fund managers surveyed by Bank of America expect this shift to continue, with a net 50 per cent of those asked in January predicting that value would continue to outperform growth — near a record high.

“With the Fed pivoting on towards tightening, it is possible for rates to move higher with some persistence,” Lisa Shalett, chief investment officer at Morgan Stanley Wealth Management, said in a note. “That would signal that the value-to-growth rotation we have been observing has some legs in 2022.” 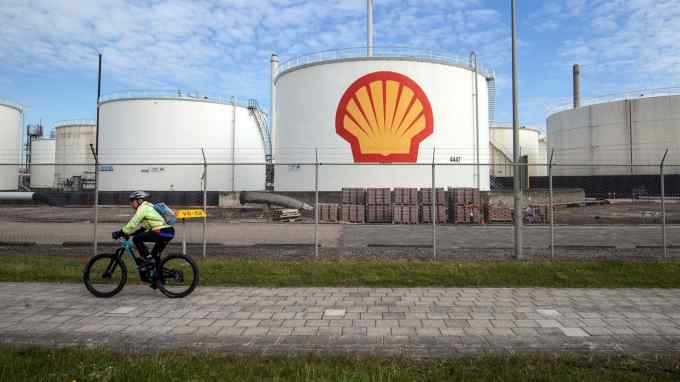