How I Spend It: Julianna Margulies’ tales from the saddle

May 4, 2021
Jump to comments section Print this page

There is a connection I feel with horses that is unlike anything I have ever experienced. They can be frightening because of their size and their speed and their unpredictability, but they also force you to be calm. I think that was the smartest thing my first riding teacher taught me when I was seven: if you’re calm, they will be calm. They are the most magnificent creatures.

I have never owned a horse, but for a year I got to take care of a pony, Baronet, that I had found abandoned on a marsh in Sussex when I was 11. I had moved to England for the second time in my short life with my mother and one of my sisters. This period in our lives was riddled with anxiety and instability and there were a lot of unchaperoned moments. I had left a happy, somewhat stable home in New York, with my father only 45 minutes away, to a place where I felt I was a stranger without a home to call my own, and now my father was an ocean away.

Baronet saved me that year. He gave my life a sense of purpose and meaning. I would wake up early in the morning and walk two miles to the barn to feed him and try to train him, and the moment I came home from school I would run back to the barn to spend time with him.

I spotted him one day while I was out walking in the woods. He was staring at me from the wet marshland where he stood, wild and scruffy. I just went to him and he came to me. I found the farmer who owned him who said he was a lost cause: “Too difficult,” he said. When I asked if I could care for him, he didn’t hesitate: “Sure, take him.”

He wasn’t trained. He was stubborn and picky and finicky and angry. He had been labelled “difficult” just as I, as a child, was labelled “Sunshine Girl”. It’s not a good thing to be labelled. “Sunshine Girl” made me feel like I couldn’t complain. I didn’t want to make anyone unhappy or uncomfortable. I always felt I had to go with the flow. The same way my middle sister was labelled “melancholy”. Don’t label your children; let them become who they are going to be on their own, because the moment you label them they’re going to feel obliged to live by that.

Looking back, I see Baronet as a miracle. When does that happen in life? It was like a divine intervention, if you will. In some magical way I found Baronet when I needed him most and, as sad as I was to leave him at the end of the year, when we moved yet again, I saw the progress we had made together. Seeing that I could make a difference was a huge awakening for me as a child.

I was a serious rider during my childhood. I loved competing but at 16 I had to make a choice: either to dedicate my life to horses or study really hard and go to college. And when you get to a certain level in competition, you need a financial-support system behind you. We didn’t have that kind of money so, reluctantly, I gave it up.

How To Spend It
How I Spend It: Peter Marino, architect, artist, apiarist 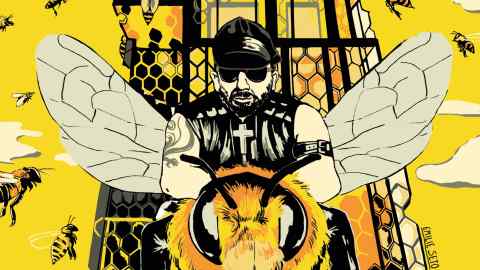 I hadn’t ridden a horse in 15 years when in 2001 I was cast in a TV mini-series called The Mists of Avalon, where I played Morgan le Fay. They asked me if I could horseback ride. To this day it’s the best job I’ve ever had. I couldn’t believe I was getting paid to ride horses. And I trained with the best of the best. These were stunt horses, the likes of which I had never seen. The instructors were so excited that I was an accomplished rider that they let me do almost all of my own stunts. The horses were so well trained. They were extraordinarily responsive. I could drop my reins altogether in the middle of the battlefield and the horse would come to an abrupt stop, allowing me to whack a few Saxons with my sword, then I’d pick up the reins and the horse would go without any leg commands. I fell madly in love with all of them. I remember after one terrifying battle scene that ended up being one of our most successful days on set, I called my father on my way back to the hotel and thanked him for always championing my riding, and paying for my riding lessons as a kid.

I’ve been trying to persuade my son to ride. Unfortunately he has absolutely no desire. But as I’m getting older and finally realising that I don’t have to rush my life any longer, I’ve said to my husband I think maybe it’s time that I get back in the saddle. I think I’ll find that time again.

Sunshine Girl: An Unexpected Life by Julianna Margulies is published by Ballantine Books at $28

Explore the series
READ MORE
Wish I were there: on horseback across Mongolia 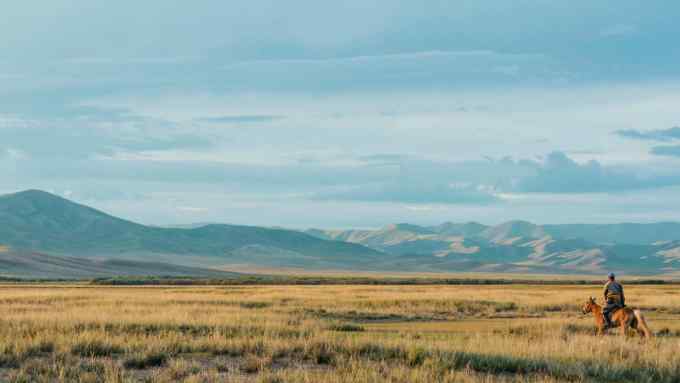