Thank you to all who attended!

The Monday after the Friday before... and the FT Alphaville team is still recovering.

But here are some snippets from the theatrical journalism experience that was Vaudeville (which officially was not filmed even if a few sneaky snippets have got out).

Our opener: a poignant and haunting rendition of Winner Takes it All from financial commentator Frances Coppola, probably the only soprano who can both sing about monopoly and financially analyse it as well:

A vintage IBM laptop (a thank you to reader Andrew Underwood for its provision) was personified, as the dulcet tones of Adam Curtis read out the poem “All watched over by machines of loving grace”:

Simon Denny, the artist, ran through some of his most memorable pieces, including his Blythe Masters/Vitalik Buterin/Balaji Srinivasan blockchain instalments, a cash-burning crypto ATM and a materialisation of the controversial Amazon worker cage patent.

The piece is made entirely out of cardboard:

... and Simon donated the core component to our other special guest on the night, Mr. Craig Steven Wright.

But before that, bitcoin podcaster Josh Unseth and Frances Coppola performed Scaling Solutions as part of a pitch for “Blockchain the Musical”:

Then it was time for NChain chief scientist and former pastor (and Satoshi Nakamoto claimant) Craig Steven Wright to give a sermon on fraud, during which he announced he would give away his $8bn bitcoin fortune in 2020. At the end of the sermon, Simon Denny presented Craig Wright with a piece from his fake Cryptokitty auction installation (a fake memory card hard-drive thingy).

There was then a segment about a certain payments company, featuring a number of sock puppets and two FT journalists. Identities have been obscured to protect the innocent:

Next, it was time for a surprise, previously unannounced segment: an interview with Julian Wheatland, the former CEO of Cambridge Analytica (who features in the new Netflix documentary The Great Hack). Wheatland told Izabella Kaminska that the data wasn’t half as effective as people think it was because the company had overhyped what it could do for sales and marketing purposes (a technique that came to bite them on the proverbial). He did, however, acknowledge that certain “ethically questionable” practices had been used, and that these were still being deployed by other firms, though he didn’t expand much on any other kinds of dirty tricks (i.e. those beyond data).

Last but most certainly not least there was Adam Curtis, who made us all a bit paranoid about triangles before arguing there were no conspiracies really, and that we may have gone too far down the conspiracy rabbit hole (including the liberals). Upon being joined on stage by Craig Wright for an audience Q&A, Adam Curtis bemoaned the fact that it was always men at parties who came up to him to talk about blockchain, something the self-proclaimed blockchain inventor protested at by saying something odd about his wife not having been able to make it.

Throughout the night, music was provided by the amazing Wovoka Gentle, including a phenomenal rendition of their song 1,000 Opera Singers Working in Starbucks:

Our host for the evening was the incredible Josh Weller, comedian and part-time Amazon influencer.

Thank you all for taking part!

No Cryptokitties were harmed in the making of this event, but one entrapped in a cardboard memory card was left abandoned in the green room amidst an array of empty receptacles: 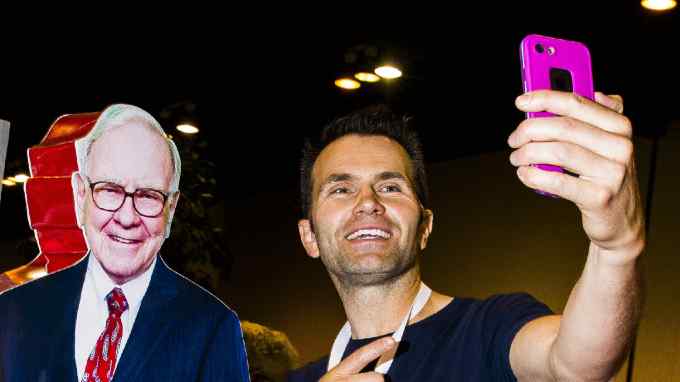