Clinton has been swiftboated by Trump and his acolytes

Whoever wins the US presidential election, two questions are going to haunt me for years to come.

How did Hillary Clinton go from being rated as the most admired woman that Americans “have heard about or read about, living in any part of the world”, in the words of an annual Gallup poll that she has topped for the past 14 years, to being equated with the disgraced Richard Nixon? And how did Donald Trump, her opponent, go from a history of corporate bankruptcies that made others pay the cost of his business failures, and from a record of racial discrimination, exploiting illegal labour, and predatory behaviour towards women, to being a viable candidate for the presidency of the US?

One answer is that Mr Trump ascended through the media, not a political party or election. He was a brand, not a person, a shiny gold name on buildings, even if he did not build them, and a boss on television, even if he merely insulted and roared. During the presidential primaries, for instance, he received an estimated $2bn in free exposure from corporate media in search of ratings to attract advertising, which may be the best argument for subscription-financed media, public television, investigative reporting and the simple act of fact checking.

Another reason is that even-handed coverage has created a false equivalence. Each negative question to Mr Trump was balanced by one to Hillary Clinton, and any positive about her was matched by one about him. Thus, he was artificially elevated, while she became subject to doubt. Also, in polls about why Americans support him, many equated being rich with being smart enough to run a country. In fact, Mr Trump would have been richer if he had just put his inheritance in an index fund tracking the stock market.

I can think of only one example that is anything like this maddening race. In 2004, John Kerry, a hero of the Vietnam war and a candidate for the presidency, was attacked in television commercials that called into question his heroism as a Swift boat captain. Those ads were later discredited, but they sank his candidacy. “Swiftboating” entered the language as a word that meant attacking strength rather than weakness.

Clearly, Hillary Clinton has been swiftboated. According to the fact-checking website Politifact, for instance, she is more honest than any of her 2016 opponents, yet Mr Trump attacks her as “Crooked Hillary”. He is rated as accurate only 4 per cent of the time, yet he calls her more corrupt than any other presidential candidate and insists that, if elected, she should be impeached. Mr Trump believes in the “big lie”: if a falsehood is big enough, and told often enough, it will win out. 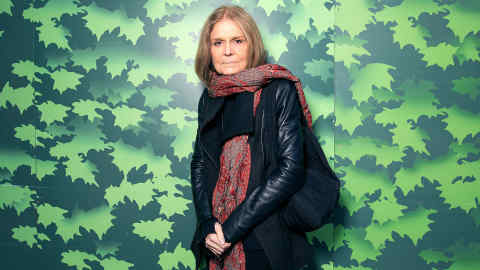 Despite all this, I find it pointless to get angry at Mr Trump. He is locked into his own self-obsession and condemned to look for an ever more grandiose stage. It is his fervent supporters such as Rudy Giuliani, former mayor of New York, and his campaign manager, Kellyanne Conway, who will not be taken seriously in the future.

Mr Trump may not have a choice, but American voters do. If Hillary Clinton survives this campaign that has so distorted who she is and always has been, she will stand for women’s rights as human rights; for economic ties and in-depth diplomacy; for women as peace negotiators; for an administration that looks like the country; and for a foreign policy that considers the status of women in other countries. As David Gergen, an adviser to four US presidents of both parties, has said, “to empower women . . . would do so much to advance the world, but it would also restore America’s moral standing”.

If we elect a woman as our national leader for the first time in the history of the republic, eight years after electing an African-American man, we may be moving toward democracy at last.

The writer is an author, lecturer and political activist

Get alerts on Hillary Clinton when a new story is published