While cancer patients have benefited most so far, researchers are eager to expand the technique’s reach

Scientists have long known that cell therapy — which replaces diseased, faulty or missing cells with healthy versions — could open new horizons in medicine. Now, following a string of regulatory approvals and positive clinical trial data, there is growing optimism that they can be applied to a wide range of diseases.

Blood cancers — specifically lymphoma and leukaemia — are cell
therapy’s first breakthrough domain, thanks to innovations in Car-T therapy, which alters a patient’s immune cells to make them better at fighting cancer.

According to Clay Heskett, head of the European life sciences practice at LEK Consulting, cell therapy’s credibility was given “a massive boost” in 2017 when the US Food and Drug Administration (FDA) approved Kymriah and Yescarta, from Novartis and Gilead respectively. “Those two blazed the trail,” he says. Companies are carrying out research — including phase 3 clinical trials — into cell therapies for cancers such as non-Hodgkin lymphoma and multiple myeloma, as well as leukaemia and other types of lymphoma, Mr Heskett adds.

Regulators have jump-started the industry with fast-track clinical reviews. Last December JNJ-4528, a Johnson & Johnson (J&J) cell therapy, was deemed by the FDA to be a “breakthrough” treatment, a designation granted to therapies that show promise in treating serious or life-threatening conditions. Offered to late-stage multiple myeloma patients who have exhausted all treatment options, JNJ-4528 is reported to produce an 86 per cent remission rate.

“The majority of the patients who received JNJ-4528 are in minimal residual disease, which means when you take hundreds of thousands or millions of cells and look for a cancer cell, you can’t find it,” says Mark Wildgust, vice-president for global medical affairs in oncology at Janssen, J&J’s pharmaceutical division. There are also signs that the therapy produces a lasting response from the body’s immune system.

Mr Wildgust is hopeful that in future such treatments could be applied earlier in the disease’s life cycle. “We believe the ability to cure and eliminate cancer is better in the early phase, because the disease is less complex and the T-cells used to make the Car-T products may be potentially healthier,” he says.

While cell therapy has advanced most in oncology, researchers are busy finding new applications.

Ocular diseases, for instance, are attracting attention from industry and academia. The eyes are relatively self-contained organs that are somewhat protected from the overall immune system. This “ocular immune privilege” eliminates one of the big technical problems with cell therapy: when the patient’s immune system rejects cells it does not recognise, it releases proteins called cytokines, which can cause a life-threatening inflammatory response known as cytokine release syndrome (CRS, sometimes called a “cytokine storm”). (Viruses, too, can prompt this response: CRS is one of the primary causes of mortality in severely ill Covid-19 patients.)

Development partnerships in this field include a recent licensing contract between Santen, a Japanese pharmaceutical company, and jCyte, a California-based biotech company, to develop and commercialise gene therapy for a rare retin­al disease. In the UK, the National Health Service is set to offer a Novartis gene therapy for inherited retinal dystrophies, which cause blindness. Meanwhile, researchers at Stanford University in the US are exploring cell therapies for eye damage of the type caused by chemical burns, severe infections and some immune diseases.

Mr Heskett says that cell therapy is also likely to gain ground in rare genetic diseases, gastrointestinal conditions such as Crohn’s disease, and central nervous system disorders. Covid-19 vaccines and treatments also build on cell therapy. One initiative from The Cure Alliance, a non-profit group, is testing a treatment aimed at blocking the lung inflammation that results from severe cases.

Gene therapy, an overlapping biomedical field that replaces or deactivates the genes within cells, has also notched up some impressive breakthroughs, with approved treatments for serious and life-threatening conditions such as inherited retinal disease and spinal muscular atrophy. Some of the leading Covid-19 vaccine candidates are based on gene therapy research.

Cell therapy’s prospects could improve further if the industry can optimise the cell engineering process. Currently, autologous cell therapy — which extracts, adapts and then reinserts the patient’s own cells — is safer in terms of immune response, but it is slow. Samples have to be taken, dispatched, often internationally, to specialised labs, and sent back. The process can take weeks, which may be of little use for patients in the late stages of a disease.

The [therapies] on the market, while amazing as feats of science, are for vanishingly rare conditions

There are signs that as cell therapies become more widely used, the industry is better able to cope with complications such as CRS through improved patient monitoring. “Now that these products are on the market, the ecosystem is developing in terms of being able to handle these issues,” Mr Heskett says.

Improvements in manufacturing technology promise to help the industry move faster. “Automation could bring significant cost benefits by localising the process to the place of treatment and through the reduction of [the] space and personnel necessary to manufacture autologous cell therapies,” says John Wilkinson, a life sciences specialist and partner at Cooley, a law firm.

He cites platforms such as Cocoon from Lonza, and another from Ori Biotech, which are automating and standardising cell and gene therapy manufacturing. “If you can automate this, you’ll get a system that is much more reproducible, and you’ll be able to see whether the process operated properly from the relevant data reports.” 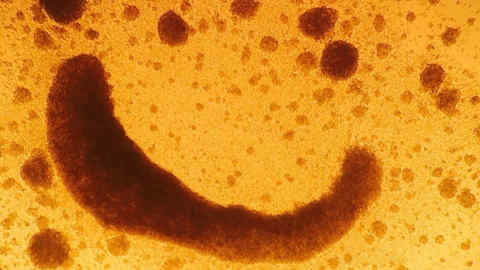 Technology is not the only constraint on the broader use of cell therapy. Public policy matters too. Peter Bach, director of the Center for Health Policy & Outcomes at New York’s Memorial Sloan Kettering Cancer Center, thinks that regulations such as the US Orphan Drug Act — intended to incentivise the development of drugs for rare diseases — have deflected the industry’s attention from more common conditions.

“There are some gene therapy targets which are major public health issues, like haemophilia and sickle cell disease, but right now the ones on the market, while amazing as feats of science, are for vanishingly rare conditions,” Dr Bach says. He points out that trade-offs have to be made, as there is “a limited amount of talent and a limited number of companies”.

Yet that may be starting to change. Novartis, which secured regulatory approval for gene therapies that target two rare diseases, is exploring whether a gene editing technique called Crispr-Cas9 could tackle sickle cell disease, which affects some 100,000 African Americans. The FDA has authorised the launch of a phase 2/3 study to assess this approach, according to Thomas Pietzonka, global head of biologics at the Novartis Institutes for BioMedical Research.

“Ultimately, our goal is to use [gene and cell therapy] technology platforms and make them useful for broader disease applications,” Mr Pietzonka says. “To do this, we still need to up the ante on the technology.” 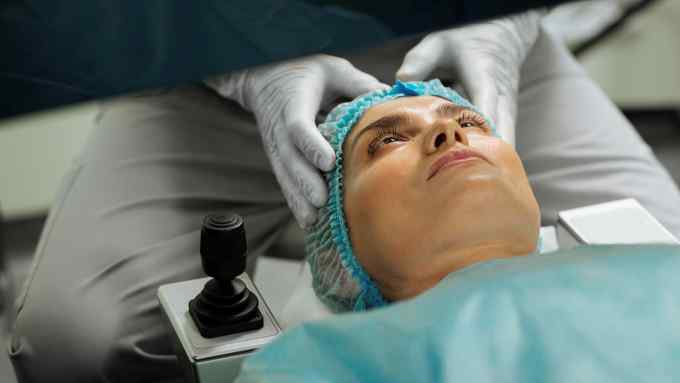