Krishan George did not intend to become a farmer. In 2006, while horseriding with friends through rural Brasov county in south-east Transylvania, the former consultant discovered a 1950s farmhouse deep in the Homorod Valley. Told by a friend that the property was up for auction, Mr George made a bid.

He discovered three months later that the farmhouse he had just bought came with 150 hectares of farmland. But when he returned and took a closer look, Mr George found the farm buildings had been reduced to a shell, stripped even of their original oak wood flooring, walls and electrical wiring. “Everything had gone. I just thought, ‘What do I do?’”

Just over 10 years later, the carefully restored cerulean-blue walls of the Ferma Indianului are adorned with plaques left behind by guests, additions to what is now a working farm and guesthouse that sells milk, jam and other organic produce.

For Mr George and his partner, Alexandra Matei, the artworks are reminders that the guesthouse is still a work in progress. It is the evolving result of a continuing dialogue between travellers from all over the world on the goals of sustainable farming. “I think guests are looking for something which is interactive and I’d like to make it something where they can contribute, and that seems to be happening organically,” Mr George says.

He is part of a new generation of eco-tourism operators in the country seeking to redefine the visitor experience in Transylvania. Instead of visitors being passive onlookers hoping to find a mythic wilderness torn from Bram Stoker’s Dracula, these entrepreneurs want them to help actively conserve the region’s heritage.

It is a culture that Mr George believes is under threat from industrialised farming and a younger population that is deserting rural communities. “The smaller farmer is just getting pushed out and we’re getting food channelled into a system that is going into the industrial process.” He is dismayed that this market for locally farmed produce appears to have become economically unviable without subsidies.

Guests at Ferma Indianului can learn to appreciate the benefits of pesticide-free sustainable agriculture by becoming acquainted with its 120-strong herd of water buffalo — as well as bees, chickens, horses and other animals. They can also help to cultivate a small forest of berry bushes and fruit trees, so leaving a lasting legacy of their stay. At night, guests can help to cook meals while — a stone’s throw away in the forest — brown bears hunt for wild mushrooms.

For Mr George, the insistence on sustainable food production is rooted in his career as a restaurateur. Born and raised in India before working as an economist in London for the UK’s Overseas Development Administration (now the Department for International Development), he moved to Bucharest more than 20 years ago. There he opened a restaurant, Barka Saffron, which is run by groups of unsupervised students to provide them with an income while they are studying.

His belief in a model that is based on shared effort and trust led Mr George to adopt a “pay what you want” model for visitors. Guests at Ferma Indanului (which literally translates as “Indian farm”, a name coined by the locals after its founder) have the option of paying €30-€40 a night for a choice of four furnished guest rooms, paying nothing and working on the farm, or leaving a gift of their choice. He believes this has brought visitors to the valley who would have otherwise gone elsewhere.

Such a model is integral to the modern ecotourist experience, he says: “Everyone should be able to experience things in life that maybe normally they can’t. It would just be a nice concept to put out there and say ‘Well, look, how do we find a new system? Can we find it together? How would it work?’ It disarms people in a way, if they’re not paying huge sums of money.”

A short drive from Ferma Indianului are the Saxon villages of Drauseni and Racoș, where residents still travel by horse and cart. Here visitors can visit the medieval fortified churches originally built by Transylvanian Saxons between the 13th and 16th centuries to withstand Ottoman and Tatar invasions.

As the sun sets on a row of brightly painted houses, villagers stand and wait for herders to bring their cows home from the meadows. In the nearby Lacul Smarald (Emerald Lake), tourists can join locals in diving from basalt columns some 12ms high into a turquoise lake lying in a quarry.

The area of south-east Transylvania has become known for this “slow tourism” since the UK’s Prince Charles first fell in love with the region’s wilderness on a visit in 1998. In 2006, he purchased a cottage in the Saxon town of Viscri, and in 2010 another in nearby Zalanpatak. These cottages are now managed and let through a partnership with Prince Charles’ friend, Count Tibor Kalnoky. The Count’s other ventures in responsible tourism include treks on horse and cart, nature walks, and the Kalnoky family’s 17th century manor house recently turned into the Museum of Transylvanian Life.

Bogdan Papuc, executive director of the Association of Eco-tourism in Romania, says: “Eco-tourism means small-scale business, owned mainly by the local people, which offer authentic experiences and bring benefits for the local community. It implies a responsibility toward nature but also toward the social environment in the rural areas of Romania.”

The association has developed a certification system for eco-tourism businesses. Only guesthouses with a maximum of 25 rooms and tour operators catering for a maximum of 15 visitors — including an overnight stay — are eligible.

Mircea-Titus Dobre, the minister for tourism, is proud of Romania’s record as being among the first countries to develop an eco-tourism recognition system used for designating destinations based on European eco-tourism standards. The ministry does not have precise figures of eco-tourism’s economic value, but Mr Dobre says data from the UN’s World Tourism Organisation indicate spending on the sector will grow more quickly than for the overall tourism industry. That, he says, is a reason to prioritise it.

However, Mr Papuc believes more care needs to be taken to ensure coach and car tourism is prevented from encroaching on conservation areas in the Carpathian Mountains. He is also critical of government investment in a growing network of ski resorts, and says Romania has neither the climate nor high-altitude mountains to be able to compete with western European resorts.

Mr Papuc says the ski resorts mostly cater for international visitors while Romanians tend to travel to the coast or abroad for vacations. But he does note that “for some years, we’ve noticed Romanians have also started to be interested in eco-tourism experiences like cycling”. He points to the creation of a cycle path network on existing roads and new tracks between villages in southern Transylvania, which are attracting tourists from home and abroad, as offering investment opportunities. He says one aim is to convince natives that “Romania has a lot to offer”.

Back at Ferma Indianului, the water buffalo are slowly herded from the meadow, disturbing a silence that is uncanny to many in the modern world. Mr George says: “Every year, [the guests] can come back and see things growing . . . They feel that they’re leaving something behind.”

Get alerts on Romania when a new story is published 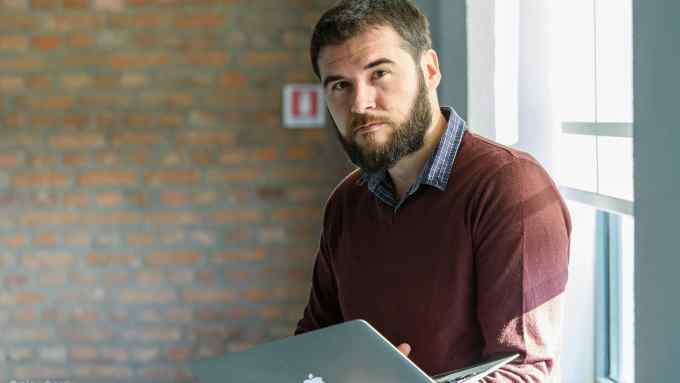