A vote to leave the EU will make Britain poorer

In the first of a series, the FT weighs up the economic case on Brexit
May 2, 2016
Jump to comments section Print this page

Since its conception, the EU has pursued economic integration as the means to secure the peace and prosperity of its members. In the four decades since Britain joined the bloc, its economy has become ever more closely intertwined with those of its neighbours. Britain is a richer, more open and more dynamic economy as a result: able to trade more easily both with its European partners and with the wider world, and to attract investors seeking to tap EU markets. A vote to leave in next month’s referendum would throw all this into question.

The immediate effect is likely to be turbulence in financial markets, with the UK vulnerable to a sudden stop in capital inflows and a sharp depreciation in sterling. This would be followed by a prolonged period of uncertainty as the government sought to reframe its relations with Brussels and other trade partners. Businesses would find it difficult to plan investments or hiring and the hit to confidence could tip the economy back into recession. Of course, the situation would stabilise — but the UK’s experience since the global financial crisis shows that a sharp downturn can have lasting effects on the country’s long-term economic potential.

The central question, though, is whether Britain, by leaving the bloc, could win more favourable terms for trade with the EU and other markets than it enjoys at present.

Here, it is hard to imagine a deal that would match the status quo, let alone improve on it. This is hardly surprising, given the UK’s leading role in the creation of the single market.

To retain full preferential access to EU markets, including for the services that account for an ever-larger proportion of the economy, the UK would need to accept free movement of labour and continue paying into the EU budget. It would also need to apply EU rules while losing influence over them.

Campaigners for Brexit have made it clear that they would not accept these conditions. Some wish to strike a more limited deal, for tariff-free trade in goods only. Others would opt to trade under WTO rules, leaving UK exports subject to the EU’s external tariff.

In either scenario, trade with the EU would become more costly — exporters would become subject to customs controls and would need to comply with rules of origin and checks on compliance with EU standards. The effects of non-tariff barriers would worsen over time, as UK and EU product regulations diverged. It would also become harder to attract foreign investors seeking a base for trade into the EU.

Britain could not rely on growth in trade with other countries to make up the difference. No other market could compensate for a loss of access to the huge trading bloc on its doorstep. Indeed, having left the EU, Britain would find itself outside the agreements that the EU has signed with all other countries.

To argue that Britain would be better off outside the EU, one needs to believe that any benefits of the single market are negated by the burden of regulations emanating from Brussels and by the UK’s contribution to the EU budget. These are the main points that the Leave campaign, and a group of economists supporting it, have sought to hammer home. They may resonate with voters but they are misleading. 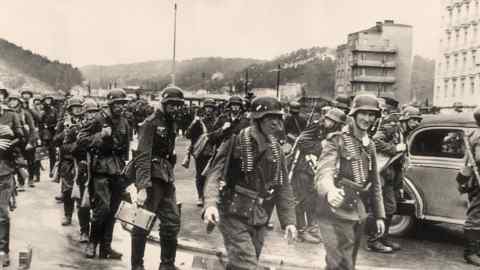 It is true that Brussels is the source of many irritants, some of them considerable. These, however, are offset by the benefits of a strong competition policy and state aid rules that help politicians to resist the urge to prop up industries with no future. The EU has not stopped Britain having one of the most flexible labour markets in the developed world. Many of the rules it does dictate — on gender discrimination or environmental standards, for example — are ones the UK public emphatically supports. As for the UK’s net fiscal contribution, at about 0.5 per cent of GDP this is dwarfed by the gains from trade alone.

Any attempt to quantify the cost of Brexit is fraught with uncertainties. Of course, exports would not collapse and the City would not lose its dominance of financial services overnight. But there is a consensus among economists that Brexit would leave the UK significantly poorer in the long run. The Treasury’s central estimate of a 6 per cent hit to GDP by 2030 is credible.

Those who wish Britain to leave the EU may feel this is a price worth paying to regain sovereignty and control of borders. But they should be honest about the choices it will entail and clear-sighted about the risks.