Governments seek to take charge in the name of ‘economic patriotism’

But as the 2008 financial crisis revealed, Poland, Hungary and their neighbours were left with economies, especially banking systems, dominated by outsiders. Now senior officials from the two countries suggest too much economic sovereignty was lost.

“These are national economies and the security of national economies must involve national influence. This is what I believe is economic patriotism,” said Viktor Orban, Hungary’s prime minister, at an appearance last month with Jaroslaw Kaczynski, who leads Poland’s governing Law and Justice party. Mr Kaczynski said he shared many of Mr Orban’s views.

What does this mean for the investments of foreign businesses? So far the picture is mixed. Since 2010, Mr Orban’s Fidesz government has slapped “crisis” taxes on the retail, telecoms and energy sectors, dominated by foreign businesses. It imposed Europe’s highest banking levy on mostly foreign-owned banks. Banks were forced to bear the costs of converting into local currency billions of dollars of mortgages issued in foreign currencies after borrowers were hurt by exchange rate moves in 2008.

Mr Orban had said sectoral crisis taxes were temporary while it reformed public finances. But he admitted last month he believed it was important to have national “influence” over four key economic sectors: banking, media, energy and retail. He said this had not yet been achieved in retail.

Hungary has shown signs of realising it may have damaged its investment image and it reduced the banking levy last year in return for pledges of increased lending.

Both Poland and Hungary have left other foreign-dominated sectors untouched, including the auto industry, which draws hefty foreign investments.

Poland’s Law and Justice government unsettled foreign businesses after winning last year’s parliamentary elections as it seemed to be aping Hungary. It imposed a banking levy — lower than Budapest’s — and a turnover-based tax on retailers, which the European Commission ordered to be suspended last month while it considered whether it breached EU competition rules. 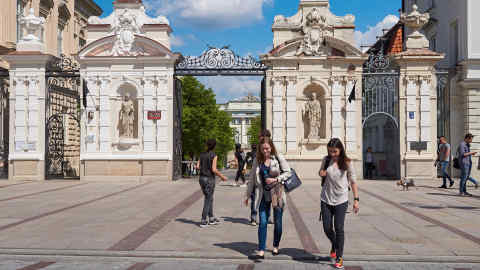 President Andrzej Duda proposed to force banks to convert foreign-currency mortgages back into Polish zloty at historic exchange rates, leaving them with billions of euros in costs. That brought warnings from rating agencies, Poland’s banking regulator and central bank — and even Mateusz Morawiecki, the government’s economy minister — that this could cause a banking crisis.

Mr Duda backed off in August, when he proposed leaving it to banks to find a “voluntary” solution, encouraged by regulatory pressures.

Some analysts suggest this shows Poland’s governing party is more pragmatic than Hungary’s Fidesz. But Otilia Dhand of Teneo Intelligence, a political risk consultancy, says the government may yet change its mind: “[Law and Justice] has taken a similar attitude to Fidesz: ‘Let’s scare them out of their wits, then let’s give them a deal milder than [first proposed] and everybody will be happy.’ But I think this latest proposal is too mild. It doesn’t marry with [the government’s] political needs.”

Ms Dhand expresses concerns that Law and Justice is seeking to correct perceived historic mistakes of the pivotal, liberalising Balcerowicz Plan of the 1990s, named after then finance minister Leszek Balcerowicz.

Mr Morawiecki, who added the finance portfolio to his economic role last month, caused alarm when a Polish newspaper interview this summer quoted him as saying he wanted to retreat from economic neoliberalism. But he told the FT his words had been misunderstood and he does not aim to rewrite the events of 25 years ago.

He says his own plan aims to increase domestic savings and investment, not just in social spending planned by the government, but in stimulating innovation and long-neglected infrastructure, so spreading wealth across the country.

Better infrastructure would make Poland more attractive for foreign business, he says. “Investors land in one place, but they want to get to other places in one or one and a half hours, not five hours. We are not so big, after all.”

Get alerts on Poland when a new story is published