Business wakes up to effect of poor sleep on productivity

A collision in 2017 involving the John S McCain, a US navy destroyer, resulted in the death of 10 sailors, injuries to 48 crew and more than $100m in damage to the vessel. An investigation concluded that the acute tiredness of the crew, caused by shift-work, was partly to blame.

The incident, says James Wilson, a specialist in sleep behaviour and environment, is an extreme example of the impact of poor sleep, a problem that costs the UK £30bn a year with the loss of 200,000 working days, according to research by Rand Europe, a consultancy.

Wilson is part of a new “exhaustion economy”, encompassing sleep consultants, sellers of nap pods, and research from bed companies detailing the effect of poor sleep on productivity.

Peer Hames, founder and chief executive of Big Health, the company behind Sleepio, an insomnia treatment plan, describes sleep as the “Trojan horse” in the mental health debate. People dislike talking about mental health, but poor sleep — both a cause and an indicator of mental ill-health — is not subject to the same stigma, he argues. Sleep is a “social currency,” he says. “How you slept last night is a water-cooler conversation.”

News in Focus podcast13 min listen
Podcast: How should employers deal with the problem of poor sleep?

Longer commutes, working unpaid hours and the rise of 24-hour services have added to the problem for British workers, who already put in the longest hours in the EU, according to the TUC, the umbrella body for unions.

At the same time, the increased use of health trackers such as Fitbit has made many more people aware they are not getting enough sleep. More than 35 per cent of respondents to a survey of 24,000 workers from health insurer Vitality said they were getting insufficient sleep and almost 42 per cent had problems with the quality of their sleep. Some 61 per cent said they suffered from fatigue at least one day a week.

A significant contributor is the growing amount of long-distance commuting, either because employers do not offer flexible working or employees cannot afford to live near their work. In the UK, Londoners have the longest commute, travelling for 81 minutes each day on average, according to the TUC.

The idea that “sleep is for wimps” has been all too prevalent in recent decades, says Wilson, and is often driven from the top of an organisation. Rare are examples such as the one of António Horta-Osório, chief executive of Lloyds Banking Group, who publicly admitted to suffering from insomnia during a turbulent period at the bank.

“Companies who have chief executives who are poor sleepers have a culture of sending emails late at night or early in the morning. Those leaders are saying it’s OK to do this,” says Wilson.

Matthew Walker, in his bestselling book Why We Sleep, sets out ideas for workplace reforms such as incentive schemes to encourage better sleep. “Developing a new business culture that takes care of the entire life cycle of an employee, night and day, is as economically prudent as it is compassionate,” he says.

“The return on the sleep investment in terms of productivity, creativity, work enthusiasm, energy, efficiency — not to mention happiness, leading people to want to work at your institution, and stay — is undeniable”. Grinding down workers and burning them out as if disposable leads to low morale, high turnover and declining productivity, he adds.

The UK’s 3.2m night workers and those who do regular night shifts are particularly badly affected. The growth of “portfolio employment” — often in sectors without a strong union presence — has compounded the problem: workers have the right to 11 hours’ rest between working days, but regulation can be difficult when “gig-economy” workers move from one job to another.

The World Health Organization has deemed night work “probably carcinogenic”. It is also associated with weight gain, type-2 diabetes and cardiovascular disease. The largest study of its kind to date, published in medical journal The Lancet last year, showed that disrupting people’s body clocks was behind problems such as depression and bipolar disorder.

“Shift-work disorder,” says Dimitri Gavriloff, a clinical psychologist and sleep specialist, “consists of insomnia and/or excessive sleepiness associated with a shift schedule that overlaps with the usual sleep period. The sleepiness occurs when your body is primed for sleep and unwanted alertness when your body is primed for wake. It is not unlike jet lag, without having actually travelled anywhere.” The UK’s Royal Society for Public Health says the condition is underdiagnosed and wants public safety guidance to be reviewed.

Big Health’s Sleepio, an automated way of delivering cognitive behavioural therapy for insomnia, is one of the new tools being offered by employers to help with problems of poor sleep. In the US, Sleepio recently became the first “digital therapeutic” that could be billed like a drug, while in the UK it is being used in a mass trial across the Thames Valley area. Chief executive Hames says it is the “biggest rollout that the National Health Service has ever done of digital medicine”.

Current treatments barely go beyond advising people to drink less caffeine or take sleeping pills, and lack a good evidence base for their long-term effectiveness, says Gavriloff, who is also a clinical lead for Sleepio.

“They’re not really dealing with the problem at source, because what they do is mask symptoms. Doctors (GPs) are really up against it, as are secondary and tertiary care providers because there aren’t the resources to provide the evidence-based treatment that we know works best, which is CBT for insomnia, at scale.”

One of the companies using Sleepio is Unipart, the UK logistics and manufacturing group, which began offering the programme as part of its wellbeing strategy this year. Deborah Astles, human resources director for policy and corporate responsibility, says Sleepio complements the work Unipart was already doing on mental ill health. Sleepio has a “fantastic engagement level”, she says. “More than one in 10 of our [8,000] employees have gone online and done the sleep test, and a significant proportion have undertaken the online CBT.”

Politicians were once deemed heroic for surviving on minimal sleep, but for the business world this is a completely irresponsible approach, says BITC’s Aston. A better role model, she argues, is media entrepreneur Arianna Huffington — an evangelist for the power of sleep — and her advice to “literally sleep your way to the top”.

One consequence of the John S McCain disaster was a new set of shift patterns for US sailors to better reflect their circadian rhythms. The consequences of poor sleep in other organisations may be less dramatic, but in the long term could be just as deadly. 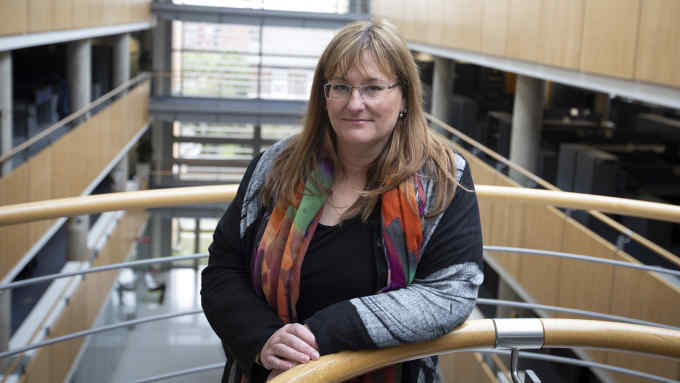