Luxembourg is on a mission to reinvent its niche appeal

Sign up to myFT Daily Digest to be the first to know about Luxembourg news.

As one of Europe’s most affluent economies, Luxembourg has become a magnet for skilled professionals looking for well-paid jobs and low taxes.

But now the country’s government is exploring whether ways can be found to convince some of these workers to spend more time away from the office, and maybe not even work inside the country at all.

Homeworking is one idea Luxembourg has turned to as it seeks to cope with an unusual problem — one that highlights the country’s economic success and the challenges that come with it: the fact that close to 200,000 people arrive in the grand duchy every day for work. The influx is equivalent to around 40 per cent of total employment in the country, bringing with it traffic jams and heightening environmental concerns.

While the idea appears simple, executing it strays into sensitive territory. “One problem that will have to be solved in that domain is the taxation,” says Mr Schneider, noting the need for neighbouring countries to adapt their rules so that people can do more of their jobs for Luxembourg employers from homes without being ensnared by their domestic tax regimes.

The cross-border influx is emblematic of Luxembourg’s situation: in many respects Luxembourg City is a regional capital for an area that stretches far wider than the grand duchy’s borders. It is an engine for creating high-skilled jobs in everything from custodian banking to cyber security and satellite communications.

No other country in Europe can lay claim to having such as an open economy: 85 per cent of its products and services are exported, and more than 70 per cent of people who work in the country are not Luxembourgish. Two in five jobs are filled by non-residents.

To put it another way, only 28 per cent of Luxembourg’s active population has a Luxembourgish ID card.

Mr Schneider is a member of the Luxembourg Socialist Workers’ party and serves as deputy to the country’s prime minister Xavier Bettel, who leads a three-party coalition of centrists, socialists and greens that has ruled the grand duchy since 2013. He notes that “we will soon have a majority of non-Luxembourgish people living in the country”, given that the figure already stands at 48 per cent.

It is a success story founded on a determination to diversify and attract talent. Ever since the decline of its steel sector in the 1970s, Luxembourg has turned to other assets: its location in the heart of the EU, its multilingualism, its political stability and nimbleness to meet the needs of business.

It is an approach that covers everything from tax to regulation. But, to the annoyance of its neighbours, it also used to include a policy of banking secrecy and a readiness to allow multinational companies to play different national tax systems against each other, in the manner exposed in the 2014 LuxLeaks scandal, which exposed the tax avoidance activities of about 300 multinational companies.

Our financial sector was built on a fiscal niche. That’s not the case any more

The resilience of Luxembourg’s economy was underlined during the years of the eurozone crisis: Luxembourg’s real GDP growth averaged 3.2 per cent in 2010-16, compared with 1.1 per cent for the currency bloc as a whole.

But its competitive edge brings practical problems. One is pressure on house prices, which increased by 7 per cent last year.

The government has introduced tax breaks to make it cheaper to buy, Mr Schneider says, but such measures are immediately absorbed into the prices demanded by sellers: “Fiscal incentives have not really worked out and have cost a lot of money to the government.”

These pressures are set to increase with Brexit. “These people moving from London are used to high housing prices,” Mr Schneider says. “If they move to Luxembourg, they will have the money to pay . . . That will have a direct impact on prices.”

Luxembourg attracts certain demographic groups. Younger professionals can work in the country for several years on career paths that can then take them to hipper metropolitan cities such as Berlin, Paris or London. At the same time, the grand duchy’s well-regarded work-life balance, short travel distances, well-run public services and abundant green spaces often prove a winning mixture for families with young children. For Mr Schneider, “if you are young, single and in a financial institution, you are motivated to move on because nothing holds you in the country . . . As soon as there is a family, people try if possible to stay.”

The country has a reputation for staying ahead of the game in generating economic advantage but now faces the question of how best to sustain growth in a way that also sustains the country’s quality of life.

Data from the national statistics office, STATEC, makes clear why long-term planning is needed: under some hypotheses, the number of cross-border workers could increase from nearly 200,00 now to 870,000 by 2060.

Mr Schneider says the government’s goal is to shift Luxembourg towards a different type of economic model — one where growth is not reliant on continually pulling in more and more cross-border workers. The aim is “to grow in a very sustainable way, and make sure our growth rates are much more based on productivity growth than on the growth of labour”, he says.

For the deputy prime minister, a tougher international tax environment — including a suite of new EU laws and global conventions — means the country also has to turn the page on its days of using fiscal policy to get ahead.

“Our financial sector was built on a fiscal niche”, he says, referring to banking secrecy. “That’s not the case any more.” Now, Luxembourg needs to focus on “competence niches” by building up new types of industry expertise.

Tilly Metz, a Luxembourgish Green member of the European Parliament, puts it bluntly. She says the current government took the decision that the country should no longer present itself “as a fiscal paradise”. The future, she argues, lies in building on the country’s strengths to become an incubator for innovation.

Efforts at fiscal reform have been welcomed by the European Commission. But Brussels still believes the country’s tax regime is being exploited by multinationals. Its 2018 country report pointed to several problems, including “the lack of some anti-abuse rules” that has created the risk “that the country’s tax rules may still be used in tax avoidance structures”. 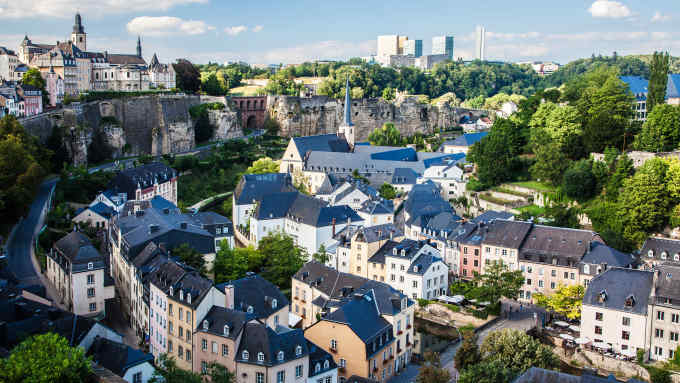