DWS has cut fees on 21 exchange traded funds in a bold move by the €745bn German asset manager that threatens to reignite the cut-throat price war among ETF providers in Europe.

DWS — which is majority-owned by Deutsche Bank — along with BlackRock, Vanguard, Lyxor, Amundi, UBS and Invesco have swapped punch and counter punch in a fierce price war over ETF fees over the past decade, which has helped to accelerate the growth of low-cost index tracking vehicles at the expense of actively managed mutual funds.

The pace of the cost cutting has slowed in recent years, leading some market participants to conclude that prices for traditional tracker funds have sunk as low as they can go.

But the latest round of fee cuts by DWS, which range from 2 basis points to 61bp, suggests that competition over costs and charges has not yet reached exhaustion.

The German manager has cut the price tag on ETFs providing exposure to UK, Japan, emerging and global equity markets as well as global equity sectors and several ETFs linked to commodities.

These are not short-term fee cuts. They will be sustained

Simon Klein, global head of passive sales at DWS, said the aim was to make its ETFs “as competitive as possible” by taking advantage of economies of scale to provide clients with more efficient index trackers.

“These are not short-term fee cuts. They will be sustained,” Mr Klein said.

The most eye-catching reduction was for the €2.5bn Xtrackers MSCI USA ETF, where all-in annual fee has been halved from 0.30 per cent to 0.15 per cent.

The fee cut for this derivatives-linked synthetic ETF represents a response to BlackRock’s decision in October to launch a directly competing swap-based S&P 500 ETF.

DWS ranks as the second largest ETF provider in Europe behind BlackRock. It attracted net inflows of $12.5bn into its ETFs in the first 10 months of 2020, comfortably ahead of the near-$9bn gathered during the whole of 2019, according to ETFGI, a London-based consultancy.

BlackRock has registered net inflows into the European arm of its iShares ETF unit of $32.8bn so far this year, compared with $59.8bn over the whole of 2019.

The strong growth for DWS has helped it to extend its lead over its nearest rival Lyxor, which has chalked up net inflows of just $322m after a disappointing 2019 when it saw outflows of $5.4bn. UBS has seen net new business for its European ETF arm sink to just $1bn in the first 10 months of 2020, a far cry from last year’s haul of $19.9bn.

Takeover speculation continues to swirl around Lyxor, the €150bn French asset manager, amid talk that its parent bank Société Générale wants to sell the division. As the third largest ETF provide in Europe, Lyxor could provide a target for Paris-based Amundi, which has transformed its business via a series of acquisitions under the leadership of veteran chief executive Yves Perrier.

BNP Paribas, which ranks as the 12th largest ETF provider in Europe, is also regarded by industry observers as another potential suitor for Lyxor. BNP’s ETF arm has registered disappointing growth in recent years with inflows of just $414m this year and $369m in 2019, according to ETFGI. 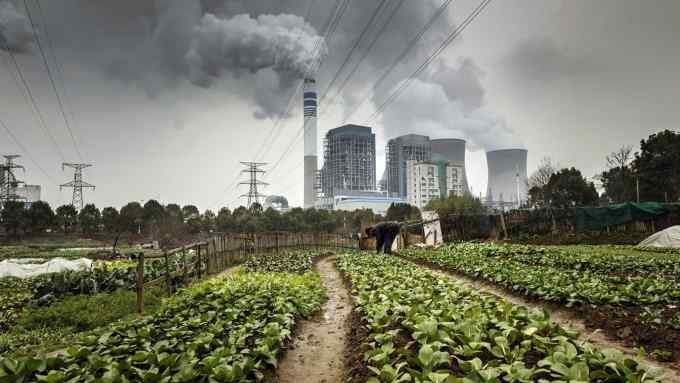