Proposals from Britain’s competition watchdog to improve the audit sector follow a series of corporate scandals that sparked public and political outrage at the failure — or unwillingness — of accountancy firms to spot that anything was wrong.

The Competition and Markets Authority has two main recommendations: an “operational split” between audit and consultancy services, to reduce the “distracting interest” in the more lucrative non-audit work; and mandatory joint audit, including at least one non-“big four” firm, for most of the UK’s large companies.

“Cases like Carillion or BHS show the size of the stakes when there is a high-profile failure,” said the CMA, referring to two collapses that left tens of thousands of suppliers and pensioners out of pocket, respectively. Regulatory reviews had revealed that “shortcomings are widespread in the UK audit market”.

At a time when the accountancy firms are awaiting a new regulator to replace the Financial Reporting Council, often criticised as ineffectual, and the publication of the Brydon review into the quality and effectiveness of the audit market, the question is whether the CMA’s proposals will help to prevent a repeat of the recent collapses or merely bring added cost and complexity.

Are the proposals radical enough?

Leon Kamhi, head of responsibility at Hermes Investment Management, said it was “absolutely critical for there to be less concentration in the audit market to provide market resilience should one or more fail and to enhance audit quality”. 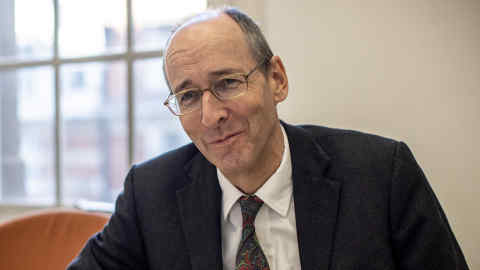 He stressed that the board of an auditor should be “fully independent and accountable for the public service it provides”, and able to explain how remuneration structures and outcomes incentivised partners to put audit quality over profit.

“An operational rather than fully structural split of audit from non-audit services is wise as it allows the audit firms to have a chance to enhance audit quality without a major disruption of their activities. If this doesn’t work, stronger action may be necessary.”

But Prem Sikka, professor of accounting and finance at the University of Sheffield, said the CMA had failed to address the biggest problems facing the sector: its “corrosive organisational culture” and a lack of robust liability requirements.

“[Auditors] have no duty of care to any individual stakeholder so it is hard to see without any liability why they would want to improve,” he said. “At best, the joint audit approach might make some difference in 25 years, but there is no proposal on audit quality at all.”

“[CMA chair Andrew] Tyrie should be concerned about removing barriers to entry — the report does not tackle that. The CMA is still supporting 20-year rotation [of auditors by companies] — it doesn’t recommend any changes.”

Prof Sikka, who called for full separation of audit and consulting in a report for the Labour party, added: “Rather than good medicine, they have delivered another placebo.”

Will the proposals improve the quality of auditing?

Some executives said they were concerned about the impact of the proposals. One FTSE 250 executive said having two auditors could prove more costly and confusing, replicating roles with little obvious improvement in audit quality.

Mike Rake, former chairman of KPMG as well as companies including BT and Worldpay, was concerned about unintended consequences of the CMA plan.

“I have had my own criticisms of the accounting industry and there is a need to recognise independence, but joint audits are not going to solve anything. The smaller firms do not necessarily have the capability or desire to take on the extra work, while the quality gap between the big four and the tier below is absolutely huge. Most of the firms are already operationally separate between accounting and audit.”

Sir Mike also highlighted the problems of forcing through changes in a single country for businesses that operate across the world. 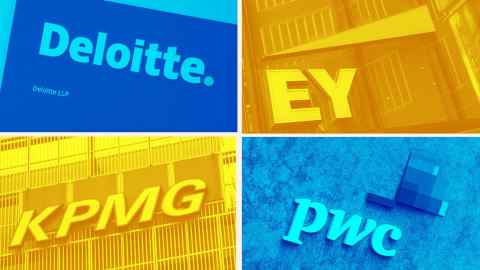 Scott Knight, head of audit at BDO, a challenger firm, said reforms to the sector should bring “greater comfort” that accounting scandals such as Carillion would not be repeated. But while the CMA’s proposals might lead to changes in firms’ structure and in market share, they did not directly address the issue of audit quality, he added.

However, the CMA’s recommendations on greater regulatory oversight and accountability of companies’ audit committees were helpful, he said. “Once an auditor is appointed, it needs to be the audit committees testing that quality is maintained and that firms are using quality as their calling card.”

Suren Thiru, head of economics at the British Chambers of Commerce, said there was support for improvements to the audit industry.

But, he added, government and regulators “must tread carefully to avoid unintended consequences, including adding to the unrelenting cost burden on business and undermining the UK’s hard-fought reputation across the world as a great place to do business”.

Do smaller firms have the capacity to audit big companies?

BDO’s Mr Knight said there needed to be “a lot of investment in the challenger firms” before they were to be able to service the FTSE 350 audit market, as they could face capacity and experience problems.

“I would be surprised if any of the challenger firms had audited a utility company, for example,” he said. “Equally, they will have limited experience of financial services institutions.

“We will work with whatever changes are made, but we won’t bet the firm on undertaking work if we haven’t got the skills at the level required — we could face serious reputational damage if we are extended too far.”

Mr Knight also predicted that audit staff from the big four would seek to move to challenger firms as the latter would represent the growth side of the market. “But hiring those teams requires big investment by the challenger firms,” he added.