In the past few years, big shifts have taken place in how we interact with computers. Twenty years ago the mobile phone began to replace the PC keyboard and mouse, while in 2007 Apple’s iPhone ushered in the touchscreen age — and now the world’s leading tech companies are turning to devices controlled by the human voice.

While many of these latest consumer-facing services have emerged from the US West Coast, much of the groundwork for this change has been laid on the other side of America by a name that is less well known.

Nuance Communications, based in Burlington, Massachusetts, has been developing “natural language processing” — the means by which humans converse with computers in the same way they might with other people — for more than 20 years.

Through a combination of acquisitions and in-house research and development, Nuance has built a formidable array of intellectual property that underpins voice control in these kinds of virtual assistants. Before it launched Siri, Apple turned to Nuance for help and its technology still powers the iPhone’s assistant today. 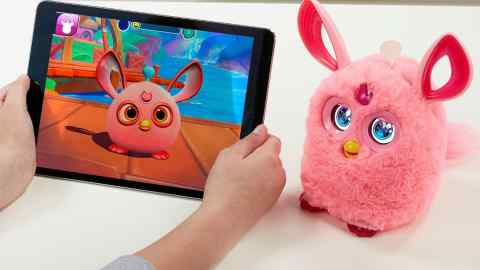 The change in how people interact with computers gathered pace with Apple’s Siri, the virtual assistant launched in 2011 with the iPhone 4S, and has continued with Amazon’s Alexa, which is contained in its Echo wireless speaker, Microsoft’s Cortana and, in just the past few months, Google’s Assistant.

“When Siri came out, the broader consumer acceptance for voice for day-to-day applications was accelerated,” says Bruce Bowden, Nuance’s executive vice-president for corporate strategy and development.

However, judged by its revenue growth and share price in the five years since Siri launched, Nuance has not yet been able to capitalise on this expertise. “The stock went to $30 on the hope behind the iPhone but there was never any revenue follow-through on the mobility side,” says Brent Thill, equities analyst at UBS. Today, its shares are worth roughly half what they were at this high.

Nobody is questioning Nuance’s technology, Wall Street’s question is whether they can convert on the economic opportunity”

Nuance’s overall sales did see a significant uplift immediately after Siri was launched. Revenues for its financial year ending in September 2012 grew by 25 per cent to $1.65bn and net income increased fivefold to $207m. However, while sales have moved upwards since then, growth has stalled. After a loss in 2013, Nuance has yet to return to annual profitability.

Despite its central role in Siri, Nuance’s biggest source of revenues, today as in 2011, is the healthcare industry. US hospitals are increasingly adopting electronic systems for dealing with patients’ information, and Nuance’s software is used for transcribing dictation by doctors.

The company’s revenues from healthcare are close to $1bn a year, more than twice what Nuance makes from its mobile and consumer segment.

“Our healthcare business will continue to be the biggest part of Nuance for a long time,” says Mr Bowden, although he adds that being tied to the healthcare industry rather than the fast-moving world of consumer electronics may have held back its growth “to some degree”.

While a few years ago it might have been argued that the automotive sector had similarly restrained Nuance’s fortunes, cars are increasingly being connected to the internet and packed with new kinds of sensors. Voice control is in high demand from automakers as a result.

Of Nuance’s 16 lines of business, automotive has been a strong performer for more than a decade, Mr Bowden says, and it is “probably our single best business”. Technology has become “a critical part of brand differentiation” for car companies, he says. “I’d liken it to the early days of the smartphone.” 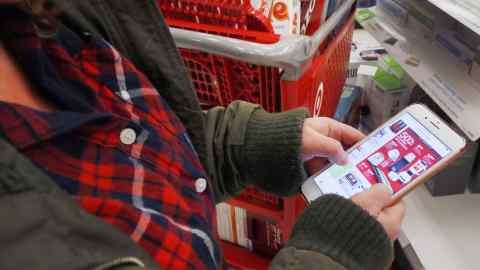 “The fundamental reality is there is a smaller number of customers in the [mobile] market and some key customers have decided to insource the technology,” Mr Bowden says.

That dynamic has left some investors — including investor Carl Icahn — impatient for a more radical change in strategy.

“Nobody is questioning Nuance’s technology,” says Mr Thill. “Wall Street’s question is whether they can convert on the economic opportunity.”

Perhaps a bigger concern is whether the likes of Google and Apple will look beyond their current focus on mobile and consumer technology to the specific markets such where Nuance still makes most of its money.

It is a story that Mr Bowden has seen play out before, as an executive at Nokia until 2010. “I’ve definitely learnt from that,” he says. “We are constantly on the lookout for some [unexpected] threat to our business. I did make the decision to come here [to Nuance] because I felt we are the company doing the disrupting.”