Too much information? The new challenge for decision-makers

Good governance has never been simple. The information on which leaders rely is hard to interpret; the outcomes of their decisions are uncertain. Modern communications technology only amplifies the challenge: an ever-swelling flood of information and disinformation makes it harder than ever to understand the world, while the vast array of connections that the internet has enabled increases the likelihood of unforeseen consequences.

“Technology and globalisation have enabled more people to make more interconnections and transact freely without intermediaries, and often without the regulation of central authorities,” says Mauro Guillén, professor of international management at the University of Pennsylvania’s Wharton School. “That complexity — because we have more moving parts and more interconnections among them — is increasingly complicating the job of policymakers and regulators.”

Given the quantities of data that are generated, exchanged or uploaded every day, it is a problem that constantly outstrips our capacity to deal with it. As the historian and philosopher Yuval Noah Harari warns in Homo Deus, his 2016 “brief history of tomorrow”, new knowledge prompts change and as we try to understand that change we rapidly gather more knowledge, which leads to further change. As a result, we become less able to make sense of the present and policymakers must constantly play catch-up.

Take the EU’s attempts to regulate the use of personal data. In 2012, the European Commission issued a memorandum setting out its concerns over how the processing of personal data could infringe on citizens’ privacy, and its proposal for dealing with the problem. It took six years and thousands of amendments before the proposal became the General Data Protection Regulation or GDPR. Yet in that time, the amount of data in existence in the world more than doubled to 33tn gigabytes — and by 2025 could reach 175tn gigabytes, according to technology research firm IDC. More people are sharing more information in more ways than could have been foreseen in 2012.

At the same time, the GDPR has itself changed the data landscape. Analysts and business leaders suggest that new rules are now needed to handle unforeseen consequences. Businesses have complained about the cost and complexity of implementing the regulations, and numerous US websites have moved to block European users entirely, rather than face punishment for failure to comply with the new regulations. Meanwhile rules requiring companies to explain decisions reached by artificial intelligence (AI) seemingly failed to grasp just how complex machine learning was becoming.

Concern over technology’s capacity both to shrink the world and complicate it has grown steadily since the second world war — little wonder, perhaps, when the existential threats it throws up have expanded from nuclear weapons to encompass climate change (and any consequent geoengineering), gene editing and AI as well. The financial crisis of 2008, in which poorly understood investment instruments made economies totter, has added to the unease over our ability to make sense of things.

From preoccupying cold war planners, attempts to codify best practice in sense-making have gone on to exercise (often profitably) business academics and management consultants, and now draw large audiences online. Blogs, podcasts and YouTube channels such as Rebel Wisdom and Future Thinkers aim to arm their followers with the tools they need to understand the world, and make the right decisions.

Daniel Schmachtenberger is one such voice, whose interviews on YouTube and his podcast Civilization Emerging have reached hundreds of thousands of people. “Due to increasing technological capacity — increasing population multiplied by increasing impact per person — we’re making more and more consequential choices with worse and worse sense-making to inform those choices,” he says in one video. “Exponential tech is leading to exponential disinformation.”

Strengthening individuals’ ability to handle and filter information would go a long way towards improving the “information ecology”, Mr Schmachtenberger argues. People need to get used to handling complex information and should train themselves to be less distracted. “The impulse to say, ‘hey, make it really simple so everyone can get it’ and the impulse to say ‘[let’s] help people actually make sense of the world well’ are different things,” he says.

Of course, societies have long been accustomed to handling complexity. No one person can possibly memorise the entirety of US law or be an expert in every field of medicine. Libraries, databases, and professional and academic networks exist to aggregate expertise.

The increasing bombardment of data — the growing amount of evidence that can inform any course of action — pushes such systems to the limit, prompting people to offload the work to computers. Yet this only defers the problem. As AI becomes more sophisticated, its decision-making processes become more opaque. The choice as to whether to trust it — to let it run a self-driving car in a crowded town, say — still rests with us.

Far from being able to outsource all complex thinking to the cloud, Prof Guillén warns that leaders will need to be as skilled as ever at handling and critically evaluating information. It will be vital, he suggests, to build flexibility into the policymaking process.

“The feedback loop between the effects of the policy and how you need to recalibrate the policy in real time becomes so much faster and so much more unpredictable,” he says. “That’s the effect that complex policies produce.” A more piecemeal approach could better suit regulation in fast-moving fields, he argues, with shorter “bursts” of rulemaking, followed by analysis of the effects and then adjustments or additions where necessary.

Yet however adept policymakers become at dealing with a complex world, their task will at some point always resist simplification. That point is where the responsibility resides. Much as we may wish it otherwise, governance will always be as much an art as a science. 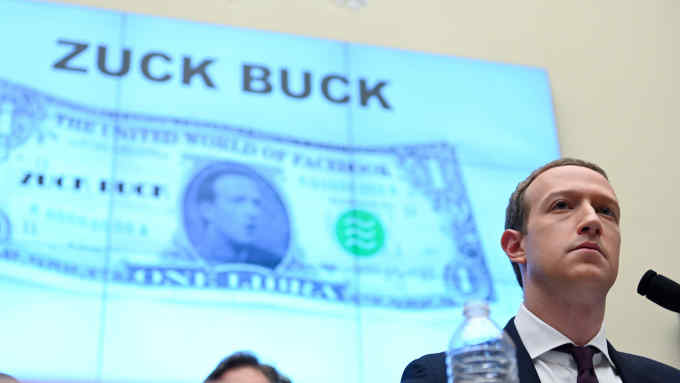