When DWF debuted on the main market of the London Stock Exchange in March, it was a landmark moment more than a decade in the making.

Twelve years earlier, Australia’s Slater & Gordon had become the first law firm to float on a stock exchange. That move, as the UK was preparing to liberalise its ownership rules to allow legal-service professionals — “non-lawyers” — to hold stakes in firms for the first time, was seen as a potential blueprint for others.

Like DWF more recently, Slater & Gordon was a fast-growing firm with a focus on tech and innovation. But eight years after its listing, Slater & Gordon’s experiment on the public markets was derailed by its purchase of the professional services arm of UK-based Quindell, now known as Watchstone Group. Others have since proved reluctant to stray from the traditional equity partnership model.

That is starting to change.

“There are some firms that are very profitable and function very well as they are. But there are others for which [an initial public offering makes] more sense,” says Robin Mann, head of investment banking at Stifel Europe, which brought DWF to market.

DWF’s initial public offering, from which it raised £95m at a valuation of £366m, made it the biggest UK law firm to list over the past two years. As pressure builds to cut fees on low-value work, legal technology needs unprecedented levels of investment, and consolidation among mid-market firms has shaken up the hierarchy, some firms are starting to experiment seriously with different business models.

Experimentation does not always mean an IPO. Some firms have been trialling consultancy services. In the Netherlands, NautaDutilh has developed a “legal maturity model” to advise clients how to get the most out of their legal function, while Kennedy Van der Laan has launched a legal tech consultancy. That has helped in-house counsel use technology better, but the firm says it has also differentiated it from its peers.

Other firms have followed the precedent set by Slater & Gordon and floated over the past two years. Finland’s Fondia listed on Nasdaq Helsinki in April 2017, while in the UK firms such as Gordon Dadds (renamed The Ince Group), Keystone Law, Rosenblatt and Knights have joined the LSE’s junior market, Aim. Listings are unlikely among the top 10 UK firms, according to analysts, but are a more realistic option in the mid-market. 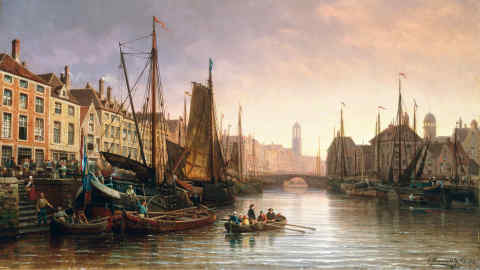 Mike Allen, head of research at Zeus Capital, which advised on DWF’s flotation, says if the firm performs well, others could join the public markets. “The debate is, does someone bigger than DWF list or are the top 20 unlistable? Maybe it is just more manageable with some of the smaller regional firms.”

DWF’s IPO was partly a product of unusual circumstances. Founded in 1977 with its roots in north-west England, DWF has been on a striking growth spurt over the past 13 years under managing partner, now chief executive, Andrew Leaitherland. It has expanded its focus from insurance litigation to real estate and corporate and commercial work.

Clients have required more fees to be contingent. Billable hours are harder to get clients to cough up for. Flows of working capital can be quite tricky to manage

In that time the firm has completed 14 acquisitions and expanded from a UK-only entity to one with a presence in 14 jurisdictions. It has opened 25 new offices and revenues have soared from £32m in 2006 to £272m this year.

Plans for further international expansion were one reason DWF turned to the public markets to raise capital. Another factor was one many firms are grappling with: how to make expensive, long-term investments when the majority of profits are paid out each year to a firm’s partnership.

Mr Mann says while firms have fairly consistent revenues, cash management can be hard. “Over time, clients have required more fees to be contingent. Billable hours are harder to get clients to cough up for. Flows of working capital can be quite tricky [to manage].”

That has become more difficult as the nature of firms’ costs has changed. While law historically has been a relatively capital-light business, legal technology is changing that. Clients increasingly expect firms to automate more of the grunt work and focus their fee-earners on higher-value services, but that can require significant upfront spending. Similarly, expansion into new types of services can mean extra investment.

“In a partnership model your funding comes from profits in the business, capital injected by partners or bank debt,” says Matt Doughty, the partner who led DWF’s IPO.

A listing also gives a firm the ability to use shares to fund future acquisitions and incentivise junior fee-earners such as associates, as well as partners, though most of the shares are still held by the partners. “It gives us a real competitive advantage in hiring people,” says Mr Doughty.

Despite the attractions, analysts do not anticipate a rush of firms to float. Listing can be expensive — DWF’s IPO cost nearly £13m — while companies are under pressure to satisfy investors’ demands for growth. A firm’s partners become employees, with lower basic pay topped up by dividends.

The 18-month process for DWF to reach the market was also complex. Although the UK allows ‘non-lawyers’ to own law firms, that is not the case in all the countries where DWF has a presence. That required a complex dual structure, devised by Allen & Overy, which advised on the deal, and extensive engagement with regulators in the different jurisdictions.

“Law firm regulation has traditionally been seen as too complex, restrictive and not open to fresh or innovative approaches,” says Gillian Holgate, the A&O partner who led the team advising on DWF’s IPO. That perception, along with the complexity of dealing with multiple jurisdictions and regulatory regimes, puts off many firms from going public or seeking external investment, she adds.

DWF’s listing could help change that, says Rob Leach, head of Emea equity capital markets at Jefferies, the investment bank that acted as global co-ordinator and bookrunner alongside Stifel on the deal. “Legal firms will look at it in closer detail, now we have a few listed and trading successfully,” he says. “We’ve certainly had discussions with other legal services firms, some of which are closer than others [to deciding to list].”

But Stifel’s Robin Mann adds that firms considering listing will take their time. “This is an industry that prides itself on thinking things through. You’ve got to get partners to really want to do something to get it through.”