Manchester by the Sea — ‘Tragical-magical’

As diamonds like a dark foil, pretty places are the perfect setting — or setting-off — for misery in movies. The title town in Kenneth Lonergan’s Manchester by the Sea is a Massachusetts coastal hamlet. White wooden houses; trees; an island-sprinkled stretch of boating sea. We could call that the Manchester sound. Or we could call almost everything in this haunting, strange, tragical-magical film the Manchester sound.

The voices of the lost with their toneless, husky poetry are led by Casey Affleck’s Boston handyman, mourning — in a lifetime penance — a family tragedy he drunkenly helped to cause, years before. Also among the caring or despairing: his heart-diseased brother (Kyle Chandler) and estranged, grief-hugging wife (Michelle Williams), living on in the town Affleck has quit but returns to like a crime scene. There are whispering water, saloon bar music (to drown private dirges) and a few wounded classical laments (Bach, Handel) stuck into the score as montage overlays.

Like Margaret, Lonergan’s previous ensemble marathon, this one (two hours and counting) is a drama of rage and grief that stands on the brink of the inexpressible. When everyone is polite in Manchester it is like a stricken Toytown. A nuclear winter of the unsaid. But some people, mainly Affleck, keep being “inappropriate” — that is, honest and spontaneous. He rages at innocents, swears at hospital nurses. Since his family is Irish Catholic, he swears at God too. Other times, at home, he silently fixes things that don’t need fixing. Displacement.

When he meets a soulmate of the inappropriate, his departed brother’s 16-year-old son, bequeathed to his guardianship, the plot is made. You suspect that that plot started out as a feelgood odd-couple tale. (Matt Damon brought Lonergan the original idea for him to screenwrite, planning to star and direct himself.) Each man, or man-boy, catalyses the hurts of the other — perhaps, in longer term, to cauterise them. But it goes beyond a drama about a misfit duo. It builds each character as a sovereign, complex ego. Lucas Hedges is superb as the bruised and moody teen, a face squinched like a fist, a voice breaking, now and then, as if to match the broken life-mirrors that are his eyes.

I sometimes got lost in the busy flashback structure — “Where are we now in time?” And as what screenwriting gurus call an “inciting incident”, or here a traumatising one, the recalled family tragedy is a bit perfunctory. More flash-blink than flashback. It’s as if Lonergan thought: “This is corny, let’s get it over quickly.” (Shakespeare occasionally had the same trouble. Great dramas; dodgy drama-triggers.)

But once it hits open water, once it spreads its quiet roar and emotional reach, this is a marvellous film, harrowing and haunting in equal measure. It’s as moving for what it doesn’t say — but lets the elements of human meteorology say instead — as for what it speaks out or spells out. 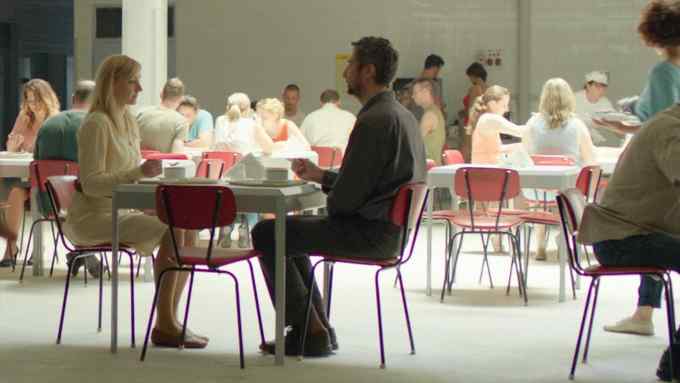 Nigel Andrews’ five-star movies include Call Me By Your Name, Moonlight, A Ghost Story, Get Out and Manchester by the Sea