MSCI and JPMorgan under pressure to axe ‘uninvestable’ Russia from indices

Pressure is mounting on index providers MSCI and JPMorgan to immediately remove Russian stocks and bonds from all their emerging market benchmarks, which have helped funnel billions of dollars into Russia’s economy.

The closure of Russia’s stock market on Monday and restrictions on the trading of Russian equities and bonds in international markets means these securities will no longer meet index providers’ minimum liquidity requirements needed for their inclusion in benchmarks such as the MSCI Emerging Markets index and JPMorgan Emerging Markets Bond (EMBI) indices.

Index providers generally make changes in financial benchmarks on a quarterly basis but these arrangements have been thrown into disarray by the international sanctions imposed on Russia following its invasion of Ukraine.

MSCI discussed whether to remove Russian stocks at a meeting of its index policy committee over the weekend after imposing a freeze on all Russian securities that are constituents in its benchmarks on February 24. Another meeting of the committee has been arranged for today.

“The Russian market is effectively closed. It is now uninvestable. Excluding Russian stocks from MSCI’s indices may be the next step but that decision has not yet been made formally by the index policy committee. If we were to make this decision, we would consult with clients and give as much notice as possible before implementing this decision.” said Dimitris Melas, head of index research and chair of the index policy committee at MSCI.

MSCI’s policy is to announce index changes after the close of the US market and, where feasible, it aims to provide advance notice of at least two full business days before implementation. It also usually holds a lengthy consultation with its clients about possible changes to index constituents, a process that is likely to be accelerated to just a few days given the fast-changing nature of the Russia crisis.

More than $60bn sits in exchange traded funds that follow the MSCI emerging markets index but this is only a portion of the undisclosed total in index-tracking mutual funds, segregated mandates and structured products that are tied to the benchmark.

Investors in all of these products will incur losses once investment managers try to sell any Russia holdings, given that any potential buying interest is likely to be minimal until the Ukraine crisis is solved.

Russian stocks account for 2.2 per cent of the MSCI emerging markets index, making it the eighth-largest country constituent in the benchmark. Russia’s weighting has shrunk from 3.6 per cent at the start of the year as investors have reacted to the growing tensions over Ukraine. Sberbank, Russia’s largest bank and a target of sanctions, is the third-largest Russian stock in the index, after the energy companies Gazprom and Lukoil.

On Saturday, Mateusz Morawiecki, the Polish prime minister, called on MSCI to act following the decision by international governments to remove some of Russia’s banks from Swift, the global interbank payments network.

“We also have to address the MSCI index, not only Swift. And our sanctions have to relate not only to the Russian oligarchs, but also more broadly to Russian business,” Morawiecki told German news broadcaster ZDF.

JPMorgan is expected to announce after the close of the US market on Monday that it will remove Russian bonds from the environmental, social and governance (ESG) based versions of its widely followed emerging market bond indices. However, it is unlikely that any announcement regarding the wider family of emerging market indices will be made today, according to someone with knowledge of the matter.

Russia’s weight within JPMorgan’s EMBI family of hard currency-denominated sovereign debt ranges from 4.9 per cent for the EMBI+ index to 1.6 per cent of its EMBI Global Diversified version. These indices are tracked by $415bn of assets.

Russia’s weight in the local currency equivalent, tracked by $245bn of money, has fallen from 4.4 per cent to 3.6 per cent since the start of the year.

“Governments should be telling index providers to wake up. They cannot operate with their heads in the sand,” said Ash. 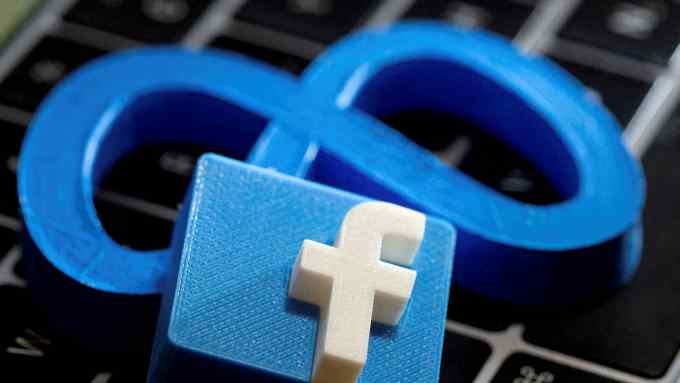