Aside from being one of Singapore’s most popular tourist destinations, the 101-hectare Gardens by the Bay nature park embodies the country’s plan to transform itself into a “city in a garden”.

The park consists of three waterfront gardens, and includes an indoor exhibit replicating the cool, moist conditions of a tropical mountain climate.

As visitors descend the six-storey path into darkness they encounter offering stark warnings about the detrimental impact human activity and climate change are having on the environment.

Such concerns, however, have only recently made their way into the consciousness of Singapore’s financial services industry. Total global investment in environmental, social and governance (ESG) assets tracked by EPFR Global tops $469bn. However, most of that is driven by Europe — EPFR tracks just one ESG fund in Singapore, with $11m in assets.

Piyush Gupta, chief executive of Singapore bank DBS, says the country has “woken up to the ESG agenda somewhat late, along with the rest of south-east Asia”.

“It’s changed a lot in the past five years. It’s just dawned on the country. The notions of climate change and rising sea levels have assumed the same importance as water for Singapore.”

As the world tries to become more green, it dials up the cost of the green story

The focus of ESG in south-east Asia has been mainly on the environment. Its adoption has been prompted by changing investor attitudes as well as the more existential threat of rising waters — a looming disaster for a country one-third of whose landmass is no more than five metres above sea level.

Investors also aim to exploit south-east Asia’s need for new infrastructure for its urbanising populations. Mid-sized cities in the region are expected to grow rapidly in the coming decades, according to the figures from Asean, the Association of Southeast Asian Nations.

That will fuel demand for improved transport and sanitation that is likely to be met by private money. Singapore aims to maintain its position as the region’s hub for financing such projects, which would adhere to international standards of transparency.

“We have ambitious goals for infrastructure and sustainable finance,” said Benny Chey, an assistant managing director at the Monetary Authority of Singapore, the country’s central bank. “We’re trying to get the private sector to be part of the solution, and enhance the role of capital markets in supporting the region’s infrastructure development and transition into a low carbon model.”

The Singapore stock exchange, SGX, has mandated that from 2018 all listed companies must report their ESG practices. It also has indices based on sustainability measurements.

There has, however, been an acknowledgment that the green investing revolution will have to be more profound. “The reality is that as the world tries to become more green, it dials up the cost of the green story,” says Mohit Mehrotra, strategy consulting co-leader at consultancy Deloitte Asia Pacific.

Banks and regulators alike highlight that Asia is an important component of many global supply chains. To that end, some banks offer incentives for companies to “go green”, such as a more generous coupon on a bond in return for purchasing more efficient equipment.

Other incentives include sustainability-linked loans, whereby banks cut the interest rate if borrowers hit “green” metrics such as using more renewable energy or reducing greenhouse gases over the life of the loan.

Olam, one of the world’s biggest traders of agricultural commodities, last year took out Asia’s first sustainability-linked loan, from 16 banks.

To ensure projects remain “green”, some investors and banks use external consultants to audit projects and verify information from sources such as non-government organisations.

Others also will use technology such as GPS trackers and drones to monitor rubber plantations or carbon emissions, for example.

Whether such safeguards are enough to tempt investors is another matter, though, as asset managers are judged predominantly on their financial performance. “As an investor, can I capture growth with the green agenda?” asks Mr Mehrotra.

Some point out that green-focused funds such as Wellington Global Impact already outperform closely followed investor benchmarks: the Wellington fund has risen 30 per cent in the past three years compared with the MSCI global benchmark’s 23 per cent gain.

Bankers and investors are increasingly aware that environmentally conscious millennials will soon form the backbone of the market for investing. “We’re at a massive inflection point; there’s a generational impact of a young population,” says one senior banker.

But in emerging countries the environmental and social policy concerns at the heart of ESG investing could clash. A project might help a local community but not the environment, notes Mr Gupta.

“For some households, it’s their only source of income. At that point it becomes a very difficult choice.” 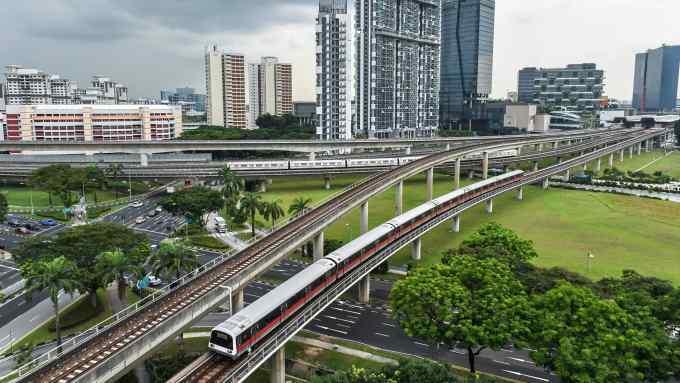