Steve Case, the billionaire co-founder of AOL, is not one for driving up and down the US west coast searching for start-ups that may be the next big hit in Silicon Valley. Instead, he is taking planes and a bright blue bus to scour middle America for tech talent.

Mr Case — proclaiming his commitment to “the rise of the rest” — recently completed his sixth tour and is excited about the opportunities to invest in places such as Ohio, Indiana and Michigan. At present, each receives as much venture capital in a year as Silicon Valley raises in a week.

Mr Case was a pioneer of such tours and they have become fashionable for soul-searching techies who aim to unearth the wisdom of the inner states.

Charged by former president Barack Obama to chair an initiative on making the US more entrepreneurial, Mr Case went beyond personal investments and brought together other investors with a “mash-up” of mayors and governors to run start-up competitions.

He was recently in Ann Arbor in Michigan, where Larry Page, co-founder of Google, went to college. “Maybe if the start-up community was stronger 20 years ago, Google would be based in Ann Arbor,” he says.

Mr Case believes there are two reasons that now is the time for tech start-ups to thrive in middle America.

First, living, hiring and renting offices in Silicon Valley is so expensive that it helps to create a “classic investment arbitrage” opportunity: buy low, when start-ups do not have huge costs, and sell later to companies in the Valley. He cites the example of ExactTarget, a marketing software company, selling to Salesforce in San Francisco four years ago for $2.6bn. “They didn’t say, because it is in Indianapolis, we will only pay $1.6bn,” Mr Case says.

Second, he believes the next wave of economic development will see a greater call for the skills of people in areas such as the Mid-West — those expert in, say, healthcare, agriculture and industry. One of his investments is Uptake, based in Chicago, which analyses the data from sensors on industrial machinery.

Middle America, as opposed to the coast where capital tends to be concentrated in San Francisco, New York and Boston, is receiving more attention from investors since the 2016 presidential election. Donald Trump’s campaign and victory opened many investors’ eyes to the region’s economies where tech had destroyed jobs rather than created them.

Politicians such as Ro Khanna, the congressman for part of Silicon Valley, have called on large tech companies to do more. Some have responded, with Google, Apple, Facebook and LinkedIn making investments in training or offices in the US heartlands.

Patrick McKenna, a serial entrepreneur and venture capitalist, at Highbridge Capital, has been spending time in Ohio, Michigan and Montana. This year, he began to encourage others to accompany him, organising a trip of Silicon Valley chief executives and investors to Youngstown, Ohio.

“I’ve been doing this for six years. It’s not like I woke up on November 9 and was like, ‘We’ve got to go to the heartlands’,” he says. “I think the election highlighted the need for us to broaden our perspective.”

The election highlighted the need for us to broaden our perspective

Mr McKenna also believes the next wave of tech development will require expertise from outside the industry. He has invested in two start-ups in Baltimore that benefit from the medical expertise around the city’s John Hopkins university: emocha uses smartphones to ensure patients take their pills, while FactoryFour makes software that enables 3D printers to create customised orthotics.

Mr McKenna believes that many companies do not need top tech talent but instead require what he calls “mid tech” — good, middle class jobs.

“If you do need the top half a per cent engineer — fine, move to San Francisco,” he says. “But the vast majority of jobs in these companies, building stuff, implementing stuff, servicing stuff, are not on the tip of the spear of innovation.”

For veteran software investor Chris Pacitti, the most important recent factor is the purchasers. The rise of private equity companies such as Vista Equity Partners and Thoma Bravo, eager to invest in capital-efficient, growth-stage software companies, transformed matters for his investments.

In September he helped found Elsewhere Partners, confident that investing in companies that would hit valuations in the hundreds of millions, not billions, would make financial sense. “I couldn’t have done these deals five or ten years ago, because there wasn’t a buyer,” he says.

“But you don’t have to play for a billion dollars. You can have a $150m outcome and be very happy.” 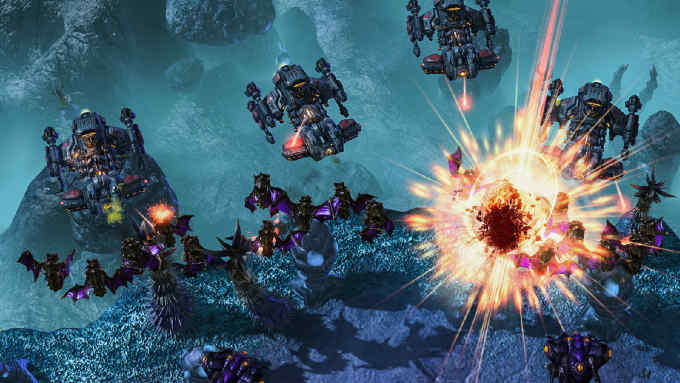