Yahoo opens up on new services 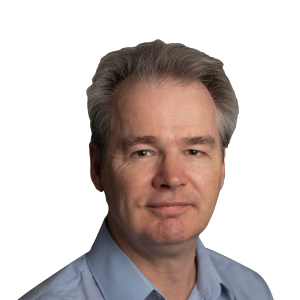 Yahoo has been showing off its Fall collection to journalists in a series of presentations at its Sunnyvale campus.

Nothing really new to report: a dash of colour here, a widget there, but this blog’s fashion trendspotters can report that the theme this season is Open and Yahoo was sporting a fetching pastiche of styles and services, stemming from it opening up its platforms to others.

Ari Balogh, chief technology officer, kicked off the event by saying the Yahoo Open Strategy, launched last April, was about Yahoo merging with the web.

He showed its Digg clone, Buzz, as an example of how Yahoo was open with content. More than 5,000 publishers had taken part since its launch in February and 2m articles buzzed, including 1.5m hits sent to the New York Post’s website for one favourited article.

Content owners must love Yahoo becoming more open – it can claim 500m users and hitching your content to that wagon is sure to drive ad revenues. Getting their content also makes Yahoo more of a magnet for readers and advertisers.

Scott Moore, head of Yahoo’s media properties, said Yahoo’s Olympics coverage had outstripped host broadcaster NBC’s in popularity with 32m unique visitors in the US, compared to NBC’s 22.9m, according to data from the comScore research firm yesterday. He said Shine, launched in April, had rapidly become the leading women’s site on the web.

Coming up next is another revamp for Yahoo Music. The site’s openness will mean Flickr integration plus modules for outside blogs and reviews and music services such as Pandora and The Hype Machine.

Ash Patel, head of the Audience Product division, showed how outsiders could even earn real estate on the Yahoo home page through greater personalisation for users. His example was a Netflix box, that also showed up in Yahoo Mail and search. Users could see Netflix synopses of films and add them to their rental queue as a service that supplemented their normal search results for movies.

Hilary Schneider, head of Yahoo US, recapped some advertising numbers and said Yahoo taking full control of Right Media had given it a 77 per cent growth in total participants in its network and growth of more than 30 per cent in yields. Jerry Yang, chief executive, is expected to do the hard sell on Yahoo’s network at the Ad Week event in New York later this month.

Finally, Marco Boerries, head of the Connected Life division, gave a rerun of his talk at the CTIA cellphone conflab in San Francisco, talking about Blueprint and OneConnect. Paul Taylor was at his earlier presentation.

But he added he did have “one last thing” – a demonstration of the “cinematic internet”, or the Widget Channel, a television application announced by Intel and Yahoo last month.

The widgets were contained in a ticker-like strip along the bottom of the TV screen and could be easily navigated and expanded. There were weather, stock-ticker, Flickr and news and sports widgets, and even examples of ad widgets, with a Macy’s food mixer on sale and available to buy at the click of a button.

Talking to Yahoo folk afterwards, the feeling was that the software and Intel boards that would drive the service should debut in set-top boxes at the Consumer Electronics Show in January. The ultimate aim is to wire it with the internet directly into TVs, something Sony has already committed itself to achieving and may be an interested customer.

Get alerts on Scott Moore when a new story is published