The gyms and studios of the £5.1bn sector were among the first to suffer under lockdown and are scrambling to adapt

Use of the online workout platform Les Mills On Demand has increased 900 per cent since January. Peloton, the indoor fitness equipment company, said it had its highest level of participation on Wednesday, after 23,000 people tuned in for a class streamed from one of its instructors’ homes.

The £5.1bn UK fitness industry was among the first to suffer in the coronavirus crisis, as visitor numbers dropped off even before the government announced that gyms had to close, along with restaurants, bars and hotels. High fixed costs from rent and equipment hire have been compounded by a move to freeze memberships to prevent mass cancellations.

“You couldn’t really get a worse operating model,” said John Moth, a partner at KPMG. “It’s harder than another leisure operator because if you think about a restaurant you have the cost of food and beverage, which is variable . . . Gyms don’t have that so it’s a really difficult structural position.”

Midmarket brands such as DW Fitness, Nuffield Health and Anytime Fitness have started to push digital content through apps and social media. Some are charging for it. Health club operator David Lloyd, where regular memberships cost from £50, is offering non-members a £4.99 subscription to access “at-home” activities. The boutique club 1Rebel launched RebelTV with 67 of its instructors, which consumers can access for £15.99 a month.

Before lockdown, the UK had one of the most profitable fitness industries in Europe. Of the 10 countries with the most fitness clubs, the UK had the highest revenues per venue — an average of almost $880,000 according to a Financial Times analysis of 2019 figures from the International Health, Racquet & Sportsclub Association. This year more than 7,000 gyms were catering to 10.4m members — a seventh of the UK population — up from 5,885 sites in 2010, Leisure DB said.

Despite explosive growth, largely driven by the proliferation of budget gyms following the financial crisis, coronavirus has accelerated a number of trends that were already threatening to disrupt the industry.

“You look at other sectors and the ability to consume products at home as well as out of home, whether it’s delivery from restaurants or Netflix [and] for us it seemed to be a natural thing for health and fitness,” said Richard Darwin, chief executive of UK-listed Gym Group, which runs 179 sites. The low-cost operator announced a partnership with and £1m investment in the fitness app Fiit last month.

Mr Darwin said the Fiit deal had been in discussion for six months. “It looks like we had a huge amount of foresight but all Covid-19 did was accelerate it.”

Studio class platform ClassPass said it invested “significantly” in its online product in 2018 and had expanded since coronavirus hit, allowing the studios it works with to post classes and set their own prices. It is streaming 50,000 live sessions a week. 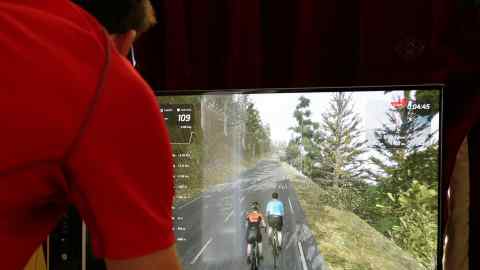 Gym bosses remained bullish that members would return once fitness centres were able to reopen.

“You can’t have an Olympic lift platform in your front room,” said Mr Cobbold, adding that many PureGym customers saw the gym as a “third space” to get away from flatmates, children or work.

But some operators, including Bannatyne’s health club founder Duncan Bannatyne, have already warned that they will close lossmaking sites and few expect a quick return to full capacity, as customers stay away due to health concerns, tight finances or a loss of motivation.

Martyn Jones, investment manager at Liontrust Asset Management, the largest investor in Gym Group, said the groups likely to suffer most were “less differentiated” midmarket operators, while budget gyms could benefit as consumers traded down.

He added that surviving operators would have to invest further in digital products: “The future is going to be live, personalised and catered to you. And all these things will require investment and technology from innovative industry leaders.”