We use cookies (opens in new window) for a number of reasons, such as keeping FT Sites reliable and secure, personalising content and ads, providing social media features and to analyse how our Sites are used.
Manage cookies
Accept & continue
Special Report Vienna

When the former Green party leader Alexander Van der Bellen narrowly defeated Norbert Hofer of the far-right Freedom party to win Austria’s presidential election on May 22, no city was more crucial to his victory than Vienna. Home to 1.8m people, or more than a fifth of Austria’s population, Vienna is a bastion of the Social Democratic party and one of the European left’s great metropolitan strongholds.

The Viennese electorate voted by 61 to 39 per cent for Mr Van der Bellen, whose overall margin of victory was 50.3 to 49.7 per cent. (The Freedom party has mounted a legal challenge to the presidential result, alleging irregularities in the counting of postal votes.) Vienna’s emphatic rejection of the far right indicated that, although the Freedom party is top of the opinion polls at national level, it will not be easy to end the left’s supremacy in Vienna.

“The Freedom party may be strong enough to be in the next national government, but I am convinced that in Vienna there is no majority for it,” says Christoph Chorherr, a prominent Vienna-based Green politician.

The Freedom party is making inroads in Vienna thanks to a long-term decline in support for Austria’s two main parties, the Social Democrats and the conservative People’s party. In 2002 they took a combined 79 per cent of the national vote in parliamentary elections. By 2013 this fell to just over 50 per cent. Social Democrats know that the party’s fall from power in Vienna would be a heavy blow for the moderate left across Europe.

“What would it mean if the Social Democrats one day lost Vienna? It would be quite dramatic,” says Hannes Swoboda, a party elder statesman and former leader of the socialists group in the European Parliament.

“For many Austrians who promote an open society, a society of integration, it would bring them to despair. It might even split the party. The younger, more progressive, leftwing types might leave and form a new party.”

Mr Swoboda says that much credit for holding the Social Democrats together goes to Michael Häupl, 66, who has served as mayor of Vienna since 1994. Mr Häupl stabilised the party in difficult times when he took over its leadership temporarily in May after the abrupt resignation of Werner Faymann as Austria’s chancellor and party leader.

Christian Kern, a former chief executive of Austria’s state railway system, replaced Mr Faymann as chancellor and is expected this month to inherit the party leadership. He is under no illusions about the scale of the Freedom party’s threat. “If we don’t grasp that this is our last chance, the two big parties are going to disappear,” Mr Kern said in May. 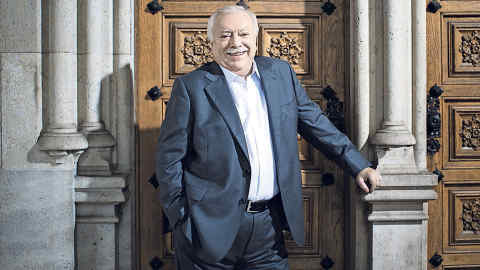 The two main parties have held power almost continuously at national level, alone or in coalition, since Austria regained its sovereignty in 1955 with the end of the Allied occupation. But the patronage networks that once guaranteed the parties’ hegemony have slowly faded in importance.

“When a political party holds power for such a long time, like the Social Democrats in Vienna, it becomes lazy and runs out of ideas. It becomes structurally corrupt,” says Beate Meinl-Reisinger, deputy chair of Neos, a liberal party. “It’s only Häupl who is holding it all together. Beneath the surface it’s a dramatic situation in the party.”

Except between 1934 and 1945, when the Social Democrats were outlawed as Austria fell under rightwing authoritarian rule and was annexed by Nazi Germany, no European capital has been more loyal to the left since the end of the first world war. 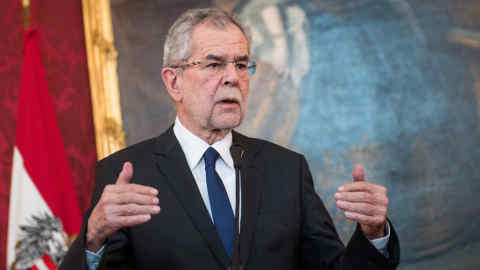 However, working-class neighbourhoods that were the rock of the party’s support have changed as manufacturing declined and hundreds of thousands of immigrants came from eastern Europe, Turkey and beyond. Many working-class voters of conservative outlook have gravitated to the Freedom party.

But last October the Social Democrats fell back to 39 per cent. The Freedom party took 31 per cent, its best ever performance in a Vienna election. A Social Democrat-Green coalition controls the council, but the Freedom party’s result entitled it to one of Vienna’s two deputy mayoralties. It went to Johann Gudenus, 39, a rising far-right star.

Mr Gudenus stresses that immigration is a big factor in his party’s rise. “Vienna is a lot better than many cities in the world. We are blessed being here. But things are getting worse and worse every year. What we are seeing is the Islamisation of Europe, Austria and Vienna,” he says.

For the country’s Social Democrats, nowhere is it more important to hold the Freedom party at bay than in Vienna.

Get alerts on Vienna when a new story is published