Why ‘zero landfill’ remains a distant dream for computers

A lot of corporate kit can be recycled, although ever sleeker designs don’t help

Sign up to myFT Daily Digest to be the first to know about Waste management & recycling news.

When Margaret Thatcher cut the ribbon on the new Crittal Windows headquarters in Braintree, Essex, in 1990 — one of her last acts as UK prime minister — few would have foreseen that the huge facility would one day specialise in handling a different type of windows.

The East Anglian factory is now one of the largest facilities for refurbishing, breaking up and recycling old corporate computing hardware, as well as wiping off old software, such as Microsoft Windows, from the hard drives. RDC, the company that owns the site, handles more than 1m computer items a year. Between 75 per cent and 85 per cent of the old kit is spruced up and resold; much of the rest is broken up for parts.

Old computers make up only a portion of the annual 50m-tonne global e-waste pile but, like smartphones, the rapid rise in consumer demand for faster models, brighter screens and flashier designs means that the lifespan of the average office desktop and consumer laptop is getting shorter. That rapid turnover, combined with the possibility of recycling a significant proportion of each machine, opens a potentially viable niche within the circular economy — and RDC is not alone in hoping to fill it.

Restore, one of RDC’s rivals, is a listed business that specialises in storing boxes of old documents in locations such as cold-war aircraft hangars. It also handles office moves, including the FT’s recent return to its former headquarters near St Paul’s Cathedral in London, and offers IT recycling services.

Anyone walking past the old FT office on the banks of the Thames after the move would have seen cages full of old computers that had been scanned and tagged and were ready to be sent to Restore’s factory in Bedford, where they would be cleaned up and resold or broken up for parts. Anything particularly decrepit would go straight to Southampton to be shipped to Germany and smelted down to extract the copper and gold from the old circuit boards.

Video: How consumers can play a key role in reducing e-waste

That does not mean second-hand computers are a gold mine. Charles Bligh, Restore’s chief executive, says a computer’s value drops to a fifth of its original price within a year. Laptops in particular can prove to be worthless if the customer wants the hard drive to be not only wiped but drilled through.

Restore turns around about half a million items a year in Bedford to put back into the system. Mr Bligh estimates that the UK IT resale market is worth £350m, with Restore accounting for £20m. It has sought to expand by acquiring specialist companies to recycle the microwaves and fridges that businesses also abandon when they relocate.

Gerry Hackett, who runs RDC, agrees that there is a massive circular economy opportunity coming “straight off the bat” in computing but cautions that stitching together a global IT value recovery player is not simple.

Mr Hackett ran a travelling second-hand computer auction in the 1980s that proved so successful that at one point his company was named as a top 20 PC maker due to the amount of equipment it was reselling. Yet, he found that he was increasingly left with job lots of “old toot” that he ended up paying local people to get rid of. It is a problem that has persisted even as the equipment has become more sophisticated.

Almost 260m PCs were shipped in 2018, so it remains a huge market for the IT industry. Yet computers are still not designed to be reused or recycled, according to the specialists who do the work. If anything, the thinner and smaller designs that have emerged in recent years make refurbishment harder, as disassembling and replacing parts in such sleek devices is more time-consuming.

Mr Hackett argues that, despite the positive stories about the reuse of metals mined from e-waste, hard plastic still represents a problem for anyone in the second-hand market claiming to have a “zero landfill policy”. 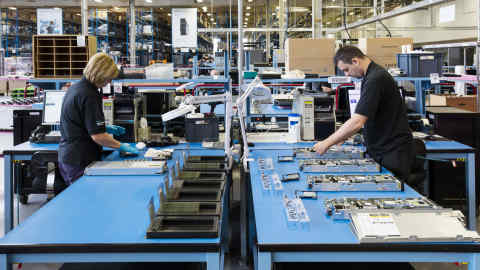 Companies such as Coolrec, a division of UK listed company Renewi, use hard plastic chipped out of e-waste to make vacuum cleaners and coffee machines. But it is not yet financially viable for the plastic byproducts from old computer keyboards, mice and monitors to be made usable in this way. Much of the plastic goes to fuel the smelting furnaces — in Germany and elsewhere — that extract the metals from old devices.

Mr Hackett says that UK companies used to ship millions of tonnes of plastic to China, which has now stopped accepting it. “That is a fundamental problem. There are holes in that recycling story,” he says.

Regulators have long taken an interest in e-waste and monitor UK ports for attempts to smuggle out containers of broken monitors. Companies are required to wipe data from computers, which drives a lot of equipment to the specialist companies; so too does the EU’s Waste Electrical and Electronic Equipment Directive, introduced in 2003, which makes electronics manufacturers and distributors responsible for disposing of old kit.

Mr Bligh predicts further progress in refurbishing and recycling old computers, but says that tackling the problem of e-waste still requires a shift in thinking away from the “‘this is no longer our problem’ mentality” of many consumers and businesses.

“The stats are horrifying. This needs to be a more regulated industry, which is a strange thing for a chief executive to say, but there are a lot of rogue operators,” he says. “Companies themselves need to take the environmental side of this seriously.” 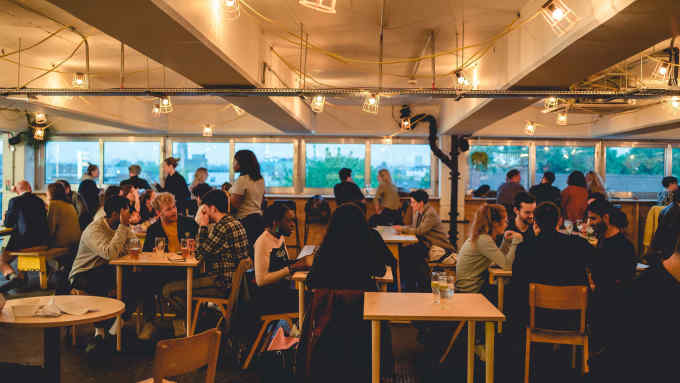